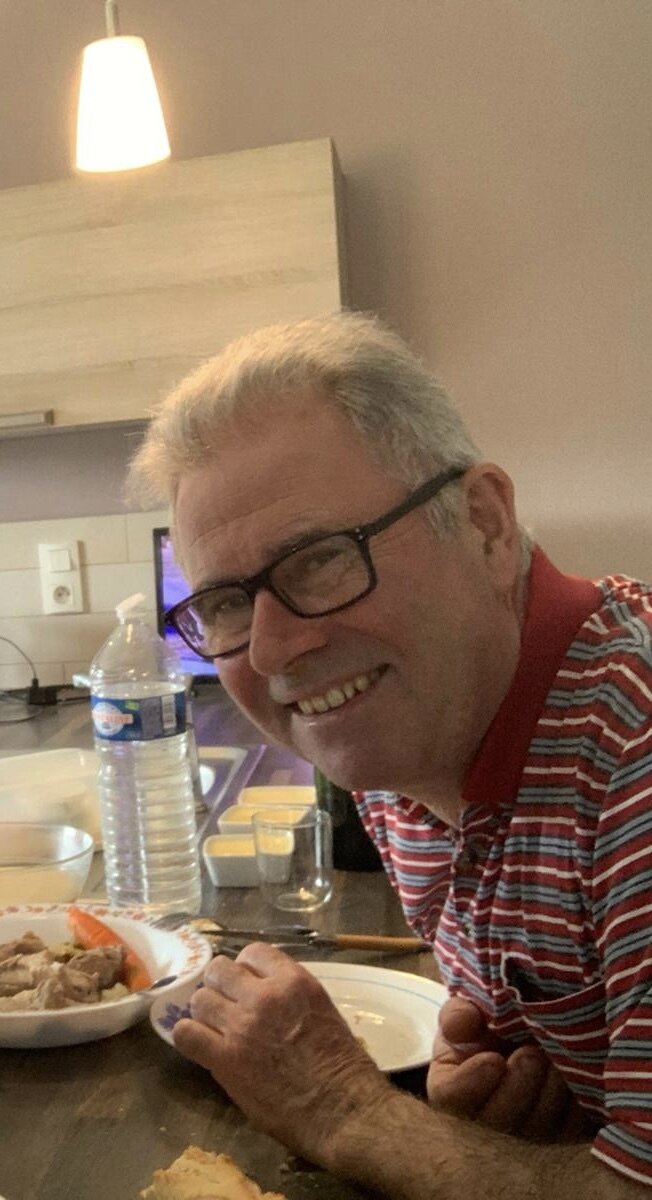 The interview is about Alexis T., a man of 64 yrs (born in 1956). He is French, he was born in february in a little village in east Brittany, Chatillon-en-Vendelais. Currently he lives at 20km, in Balaze. For his studies, he stop at the level of a college degree in the agricultural sector (BEPA inFrench). Since 2018, he is retirement. Concerning his religion, we can say he is catholic but not practicing in fact.

Orphan of a father at 8yo, he grew up with his mother (herself a farmer) and his little brother (4yo as an orphan). His mother (which is currently in retirement home) was really strong. She bought by herself an entire farm (the fields, the tractor...) and she managed without any helpers. It was her mentality like “I am able to do it on my own”. Concerning his grandparents, he didn’t see them often. Of course, the means of transport were not developed. His mother had a moped and he had a bike! Sometimes, they come to the farm to help their daughter with the cattle. The grandparents had 6 children so the family was big, and they could not givea lot of time at each kid. The uncle of A.T. was coming really often to help his sister in work. Actually, he lived at only 1km. So, to resume the family situation: the mother was alone at the farm while the kids were at school.

The old person were respected (“be careful not to annoy them”). Apparently, they were not really appreciated because they did not give any gift or something like that. The relation between A.T. and his grandparents was really really different that the relation between A.T. and his grandchildren. However, the woman with her 2 kids had not as much as a social life so they were happy when they see people (like their grandparents so). Concerning the memories ofhis grandparents they touched a retirement pension at the end of their retirement. In reality, they did not contribute because the system did not exist. In fact, it was a thin pension.

A.T. was getting married in 1978 with M-T. 3 years after, they take over the farm of his in-laws. They will have subsequently 4 children. Their first daughter, Fabienne, is the manager of a shop and she have 3 kids. The second one, Isabelle, is caregiver and she have 1 child. Nicolas is the third, he is farmer and he take over the family farm after 10 year of formation with his parents. He have 2 children. The last one is Alexis, he is tiler and he have 1 child. So, as you can see, A.T. and M-T have 7 grandchildren. As a grandfather, he see really often his grandchildren. He feels useful because he babysit the kids. Of course, he continue to go help his son with the farm. He feels appreciated and respected by his children and grandchildren. He is the landmark of his family. When someone have a question, just call A.T. !

Concerning his retirement pension, he have one and his wife too. They don’t have a lot of money but they didn’t had so it’s familiar for them. You know, they are not regulars to an easy life so they are happy, even with a little pension. They are proud of them to arrive at this quality of life. In fact, they still own several hectares and they rent it to their son. So they have a substantial heritage. They are thrifty.

A.T. did not live very well his retirement life. He didn’t want to stop his active life. He miss the farm.

A.T. go sometimes at a “palet game” club. He doesn’t use digital things.

For the health of A.T., almost everything it’s ok but his wife have a lot of care problems, especially related with his farmer life. He have a social security.

At the beginning, he doesn’t want to be a retirement. He hasn’t prepared anything. Now, he Is happy as a retirement. He said “life is beautiful, I can do what I want to do when I want to do”. Unfortunately, the corona virus doesn’t help with his situation and his mood because he wanted to travel a lot but of course he can’t.

To conclude this interview, A.T. and his wife are happy right know. They are proud of their course and they love their family! Their main motivation source is about their health and they want to be independent as long as possible. The best transit of A.T.’s life remains the active life with the farm.