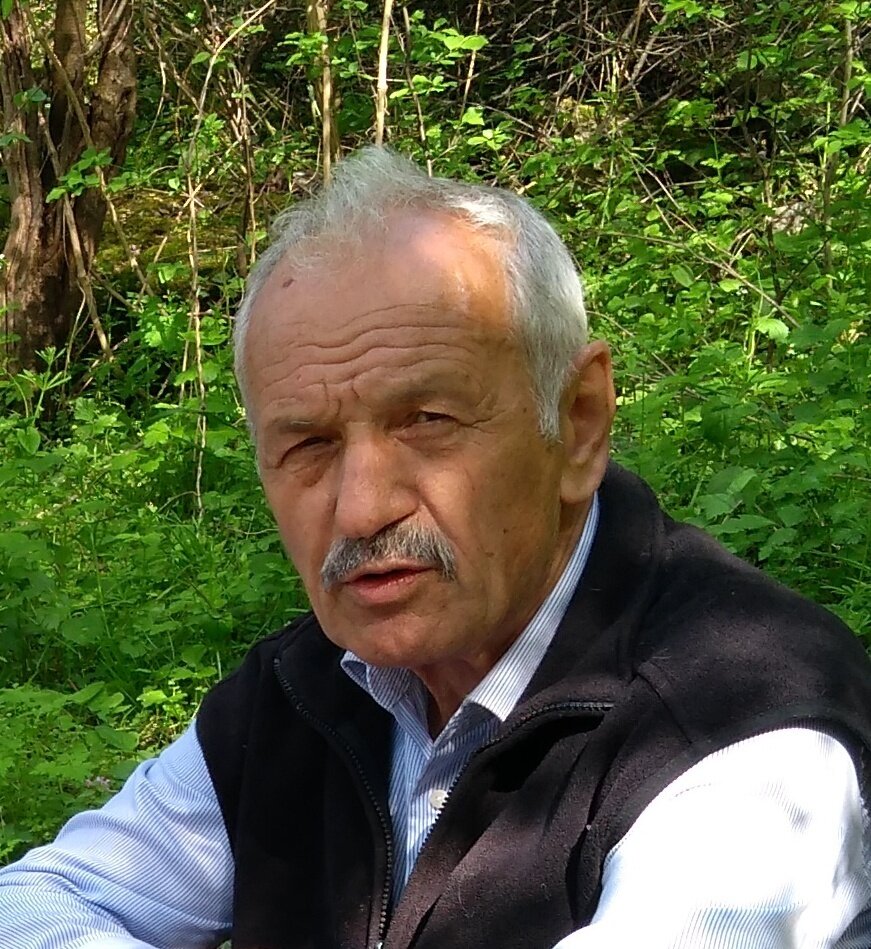 Then I studied at the Technical School of Mechanical and Electrical Engineering in Ruse from 1953 to 1958.

From 1958 to 1960 I served in the border troops in the divisions in Lyubimets and Svilengrad. From 1960 to 1965 I was a student at VIMMESS(Higher Institute of Mechanical and Electrical Engineering in Agriculture)Ruse.

Throughout my entire conscious life,I have been engaged in socially useful and international activitiesand innovative investment technologies and solutions, described below.

In 1963 I was elected vice-president of the World Student Esperanto Union, and in 1965-66 I was its president and organized its First Congress in Ruse. More than 500 students from countries such as the USSR, the USA, through Europe to the Far East took part in the congress.

In 1964, through friends from the student circles of Gdansk, I organized cooperation between the Gdansk and Ruse shipyards, and until the imposition of martial law in Poland (1981), the two shipyards exchanged 100-150 workers each year for vacation in their holiday hostels.

I also organized such cooperation between VIMMESS Ruse and Gdansk Polytechnic as well asbetween a math high school class and a similar one from the city of Torun in Poland.

In 1968 I organized contacts of the JITI plant with a similar plant in the town of Radomsko, and the two companiescooperated for a long time exchanging delegations, experience, and technologies.

In 1968 I organized a tour of the Danube SoundsChoir in Warsaw, Chorzow, Krakow, and Katowice.In 1973 I organized anothertour of the Ruse Puppet Theater in Denmark with the financial support of the Ministry of Culture of the Kingdom of Denmark. In 1978, I arranged for them to participate in the European International Puppet Theater Festival in Zagreb, Croatia.

In 1973 (October 31, 1973, at the beginning of the ensuing energy crises) I proposed a technology for the transportation of trucks on the Danube. In 1982, 4 catamaran ships started operation and for more than 30 years were technologically ahead of the most advanced river transport technologies in the world thus turningSO MAT (a state-owned transport conglomerate) into the most important enterprise in Europe for international road transport.

In the mid-1980s, I began to gather information about the role of free economic zones around the world in attracting foreign investments and accelerating the economic and social development of the countries concerned. I was impressed by the huge economic growth in China after 1978, when four free economic zones were created at the initiative of Deng Xiao Ping. For a number of years, economic growth in China reached 15% per year. On average, since 1978 it hasbeen 10%. What China representsnow is the result of the created Free Economic Zones and the new economic environment and policy of China.

At present, China is showing serious interest in investing in the countries of Central and Eastern Europe and annuallyorganizes the so-called16 +1meetings. According to available information, Chinese investments in Greece amount to several billion, in Hungary they have reached about 6 billion euros, and in Serbia they are 6 billioneuros. Ahigh-speed railwayfrom Belgrade to Budapestis also being builtwith Chinese investments. However, less than 100 million have been invested in Bulgaria. I maintain high-level contacts with one of the major provinces in China who are interested in investing in our region.

With experts from Ruse we prepared a proposal to the then Ministry of Foreign Economic Relations and 31 years ago, on March 7, 1988, the Council of Ministers published a resolutionto establish Free Economic Zones in the cities of Ruse and Vidin. Unfortunately, it was the onset of turbulent times of change and the inabilityof the then leaders (and of the current ones, too) to assess the potential and opportunities of the newly-created zoneshindered theirdevelopmentas serious economic locomotivesof the local industries. Hardly a year had passed when changes and restrictions in their activities began, which was a bad signal for the interest of potential investors. And of course the skeptical attitude of the Bulgarians to any new ideadid not contribute to the success of the free economic zones either. Nevertheless, the Ruse Free Zone was built in a short time, attracting a decent number of interesting investors. Some of them relocated and expanded the initially allocatedterritoriesand created thousands of jobs, which is a significant contribution to the economy of Ruse.

Now the Free Zone is consolidating its production on the territory of the municipality (and its production facilities and is an orderly and efficient functioning enterprise with potential for development). The first client of the free zone in 1988 said,"Whenyou enter the Ruse Free Zone, you enter Europe."The industrial park built on the territory of the Free Zone, approved by the Council of Ministers and implemented in connection with the ideology of free zones, attracted investors by offering preferential terms and assistance in organizing and financing the basic infrastructure. The effective construction of the Ruse Free Zone was noticed by the World Association of Free Zones and,at the congress in Rio de Janeiro in 1995,I was elected to the Board of Directors of the association. For more than 10 years I was chairman of the Bulgarian Association of Free Zones. In addition to the construction of the Free Zone, I took theinitiative to restore the burned "Lipnik" residence, which we managed to turn into a real business and cultural center of Ruse.We were ableto attract several ministries to hold their international meetings at the residence because of the attractive and easy to use conference facilities. The residence hosted meetings of the Council of Ministers, the Council of Rectors, the Management Board of the municipalities in Bulgaria, meetings of regional governors and many other international and local forums. There are no significant politicians in Bulgaria who have not used its services at least once, including two presidents.

A few years ago, the Abu Dhabi Investment Fund suggested that I nominate a project in Bulgaria in which the fund would invest in projects at an annual interest rate of 3.5%. Correspondence was exchanged, including messages with our consul in Abu Dhabi, who informed me that the fund operates with $ 500 billion and takes its potential clients seriously. As far as I know, the fund has invested 3.5 billion dollars in Serbia, 5 billion dollars in Russia, as well as inmany other places.

Meanwhile, through a realistic expert assessment, I managed to prevent the plunderingof the country with a Japanese loan of over BGN 500 million for the construction of modern container terminals in Burgas and Varna, through projects thatrelied on unrealistically high container flows. Time has shown the untenability of thedesigner’s ideaand of the candidates for "cheap" fame.

Finally, as Chairman of the District Council and Deputy Chairman of the National Council of the Union of Pensioners 2004, I personally organized contacts with the Municipality of Ulm and the University of Ulm,and for ten years we have been working on numerous projects that have received awards from the European Commission and the group of Germany in the European Parliament. More than 10 000 people from Ruse and the region have so far taken part in organized projects andevents by ILEU, DANET (DanubeNetwork for Europe),ZAWIW, in countries in the Danube region. The last celebration of the Danube River and the city of Ulm in July2018was again attended by 23 people from Ruse (pensionersandstudents). I also organized contacts with pensioners' organizations in Moscow and the Moscow region. Ateam of ours took part in international festivals organized by these organizations. The expansion ofthe cooperation and the participation of their representatives in our events is forthcoming.

So much so about my life.