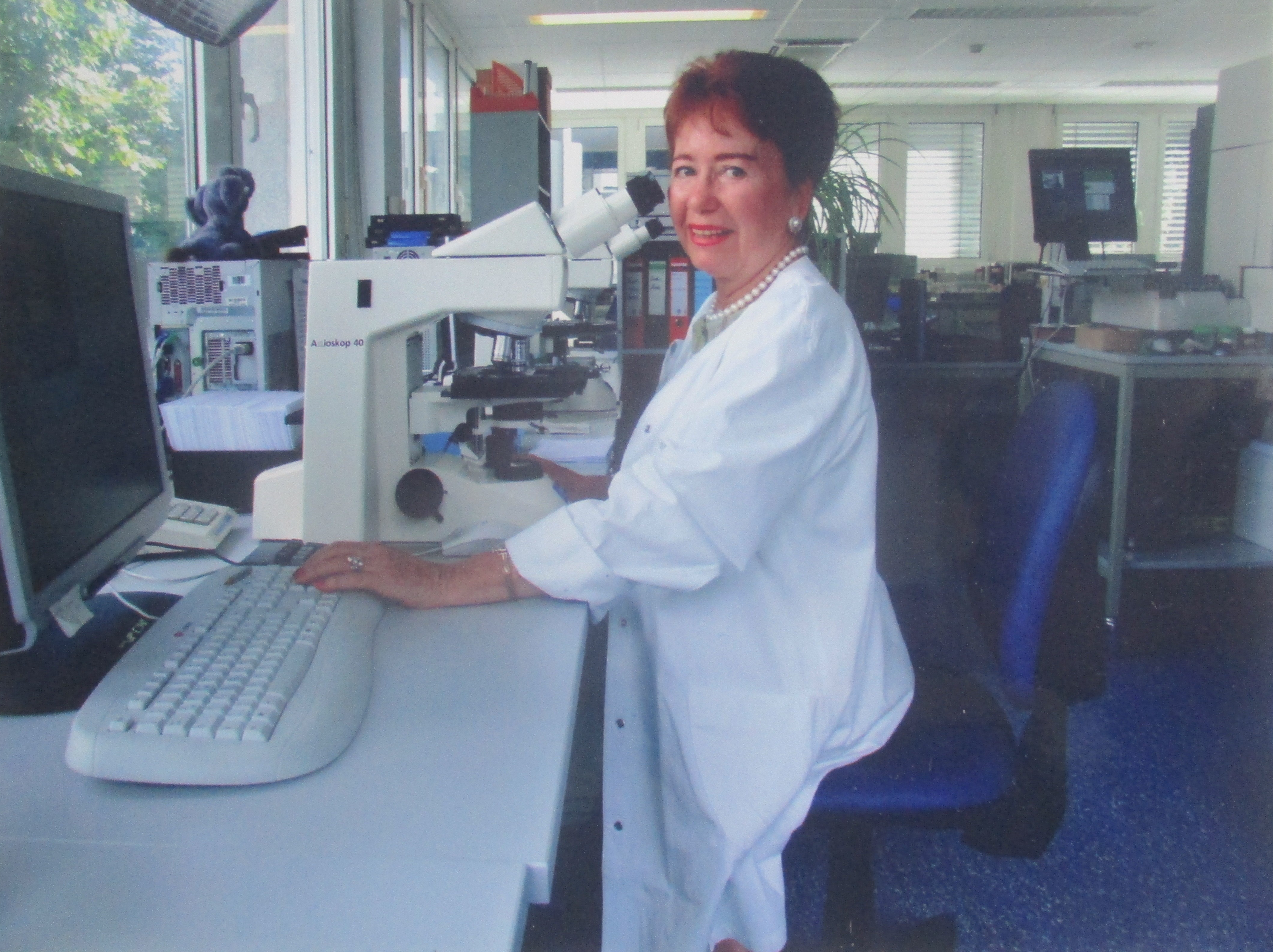 Almut W. was born in 1938 in Frankfurt am Main, Germany of German parentage.
She married in 1964 ; her husband's nationality is British, born in Scotland.
Their children: two sons, born '65 and '69, both married, one living in England and the other one in Frankfurt.

Almut's profession and employment has been as MTA (medical laboratory technologist).
Official retirement took place in 2003 and then until 2013 she conducted voluntary lab work for several hours a week.

Now she still feels “Fit!” with riding a bike and gardening work, although her “old age” has been felt a little more since she was 78 with various back problems and other minor ailments. She also has been enjoying Yoga (mostly Integral Yoga) and still does it today.

This interview was held on the fifth of December 2020, during the second lockdown  and continued several times by telephone-meetings. The interview took place in her home  – decorated  for advent, and with the scent of candles and a drink, it increased the feeling of the festive season and helped Almut to talk freely about the subject in focus namely “Discovering European Neighbours in their Third  Age”, DENTA.
(And: not to forget official restrictions to keep the distance to stay secure and healthy during the time of “Corona Covid 19” and its rules.)

Childhood and lifetime with parents.

Almut's father was a specialist as a doctor of inner-medicine, formerly living in Königsberg (East-Prussia) and her mother was a technical photographer also living in Königsberg. They moved to Frankfurt am Main in 1933, buying a house to set up a surgery and bring up their children –  finally three girls, born in '36, '38 and '41 (the last born in the period of the Second World War). Almut's father was conscripted into the army in 1939 as a senior medical officer and died at Stalingrad in 1943. The family was evacuated in 1943 and moved in with relatives near Koblenz and as their father did not return from the war stayed there until Almut's A-levels (dt:Abitur) in 1957.

After School, Almut went back to Frankfurt to study in the University clinic to become a medical lab technologist. Her elder sister studied in various places (Vienna and Marburg) and became a doctor. The younger sister also studied to become a medical lab technologist, but  in the nearby city of Offenbach (Main). In 1959, Almut passed her exams and then worked for four and a half years in her profession in a laboratory of the Frankfurt University Clinic. By chance Almut's professor was asked in 1964 to supply a lab technologist to accompany another doctor on a trip to Abu Dhabi, Arabia, to help set up a medical laboratory. Almut took the chance of an adventure as it was only for four weeks in lieu of a holiday. Once there she met a German engineer who proposed a two day visit to a Scottish friend who worked as a banker in Buraimi Oasis (a six hour trip through the desert),  and later in the same year he was to become her husband. So the chance of this supposed adventure turned out to be a true life adventure, ending in marriage. 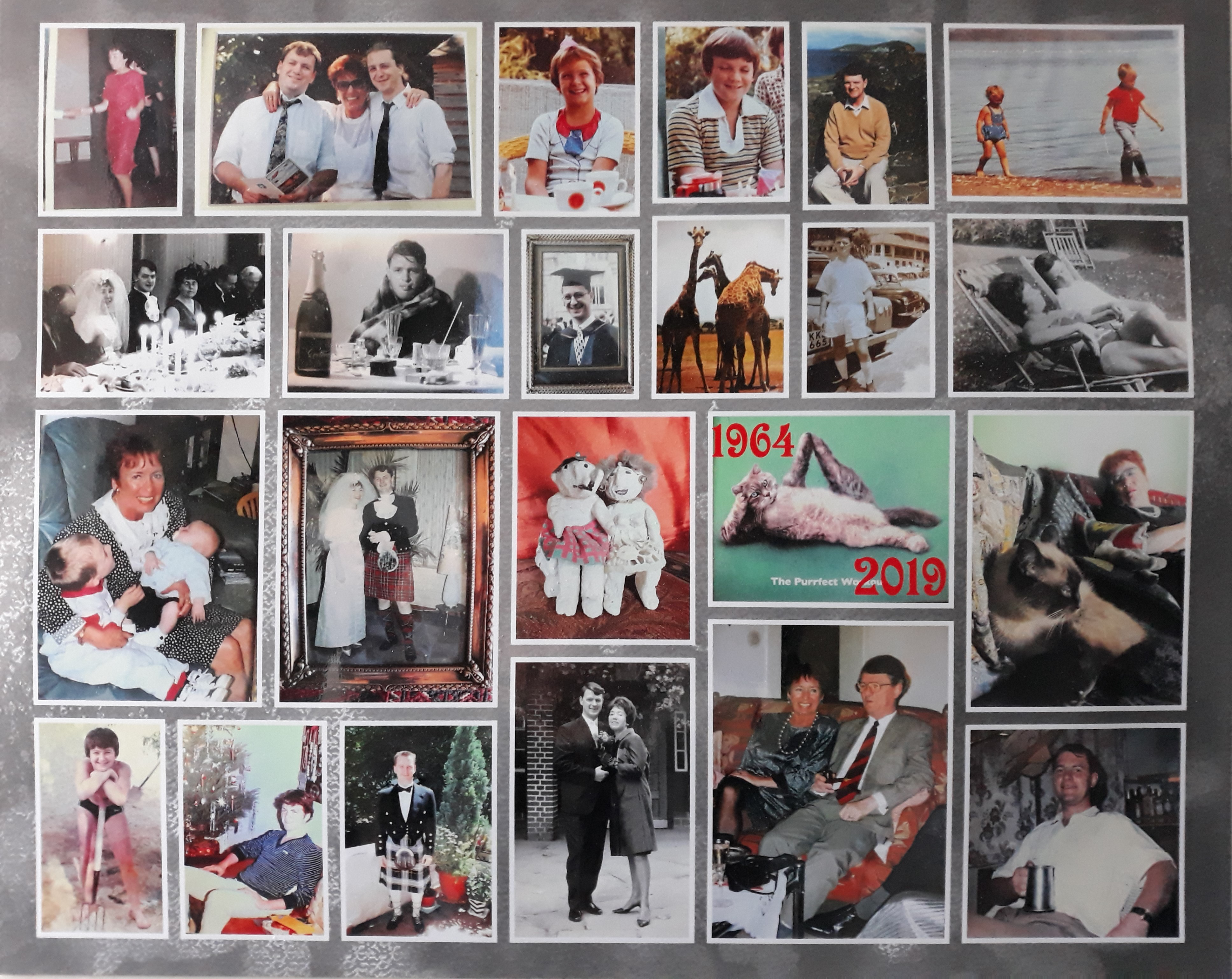 The wedding took place in October of 1964 and for the first three months of their married life they lived in London, Great Britain. Almut's husband changed jobs and joined a  British shipping company. The first posting was to Kenya, Africa, – Mombasa  and Nakuru where they stayed for ten years and where their two sons were born. After that time the next posting was to Arabia  –  to Bahrain, Abu Dhabi (UAE), Dubai (UAE), Ra's al Chaima and then finally to Muscat, Oman.

In Dubai Almut's passion for planning, designing and making gardens started and culminated  in Ra's al Chaima where she made a garden in the courtyard of an old fort for the ruling Sheik. In every place in which her husband was posted, she also found a lab job in a local hospital or doctor's surgery which she enjoyed very much. Finally in Oman it was just getting to know the beautiful countryside and its friendly people.
The life and time of experience  as a family: the two sons  had left for their schooling (and studies) in England – quite young still – but this was the life one led as an expatriate at that time; there was no higher schooling available then at foreign places –  “There was no other way!”.

Pension and Retirement – and the “Third Age”

With their return to Frankfurt in 1986 Almut was forty-eight. She took a job in her profession in a nearby smaller town and worked there until her retirement in 2003. They lived and still do in their old family home, each floor occupied by Almut's two sisters, herself and her husband, plus the garden which still occupies Almut a great deal and is her pride and joy. After her retirement – apart from gardening – Almut enjoys going to exhibitions, concerts and opera performances. Her home and even the staircase show off the many artefacts and objects from other cultures, which she collected on her many different stays in different countries and also on many trips with her sister, i.e. to Turkey, India, Thailand and Usbekistan. The skiing holidays they did together are also a well remembered memory
And thus the time has now arrived with no more travelling – due to ill health of Almut's husband and of course the Corona Covid 19 – restrictions.
Hopefully once “Corona” is under control, opportunities for taking part in cultural events will come again (starting an open-ended free time for recreation with empathy as well as emphasis). 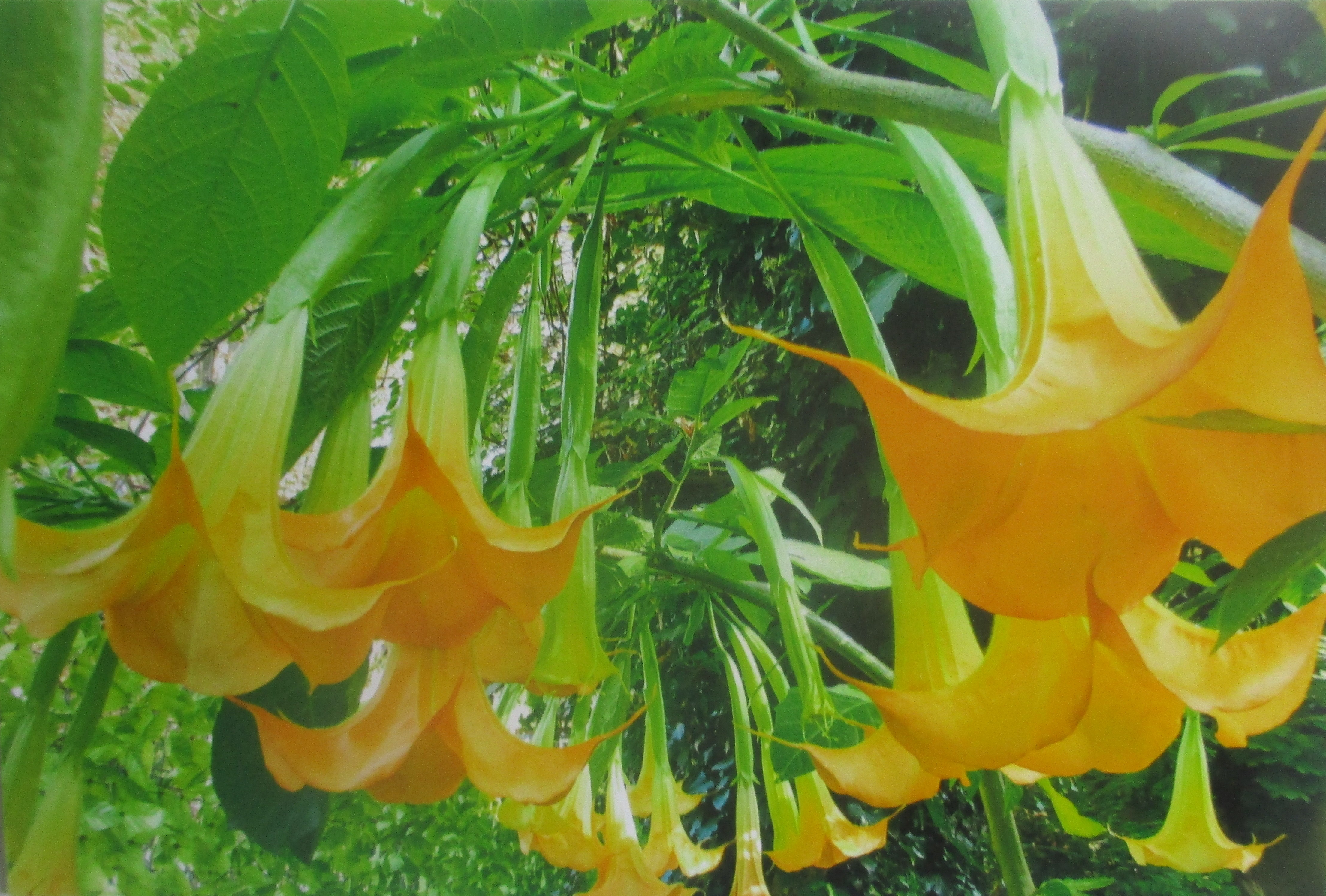 How did she deal with all the upheavals and new situations in her life, with moving to new  places and countries always due to her husband’s work?

“It has not always been easy with the sons having to go to boarding school in England at a young age and always having to make new friends and to begin anew. But we as a family still have strong bonds, the families coming together here for Christmas if possible (“Corona” restrictions!). Still living together with my husband of fifty-six years and enjoying life just as it is.”

Considering all those challenges to change place and work – and being away from home (in Germany) for such a long time and living in far-away places within the context of several foreign cultures and languages: Do there exist moments in your life (that may matter), when you couldn’t find words to communicate how and what you felt?

Will we all somehow find and/or re-establish confidence in this self-determined and opened way of life as a new opening – that means and meant: confidence to share our lives in and with families of different nations and in different places and will we again welcome and receive each other, as we had certainly started to do with the common market of the European Union (EU), i,e, since 1957, now adapted to changed world-wide conditions – accompanied by interim standards and (media-)reports, by temporary quarantine and renewed quarantine? And will we nevertheless touch and experience this living and dying as our time of living validity of friendship and peace and freedom, but also as our time of awakening, solidarity  criticism and self-criticism/critics, and boundary-consciously self-determined creativity and creative gift(?) - may we?