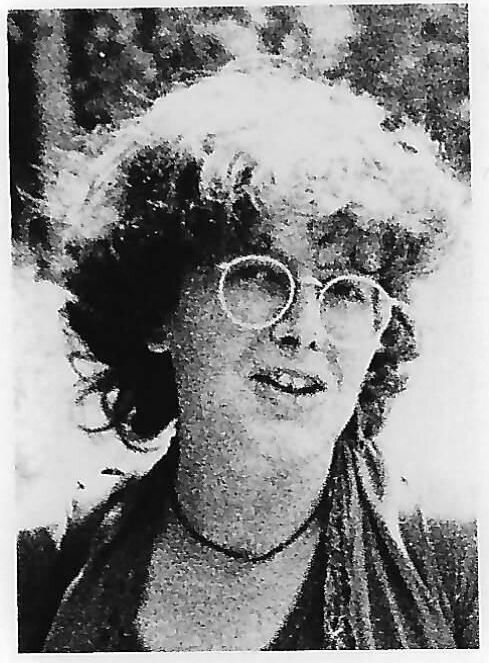 Uschi was born in March 1952. She has two siblings, an older brother and a younger sister. She says: "I think I was the only planned child [...], my brother is the first-born, he was an accident, so to speak, my mother was 18 when he was born. That was a huge story back then. My parents got married, but they didn't get communion in church.” Uschi's family lived in a small village near Trier. People living in this area were very religious and held very strict moral beliefs, so an illegitimate child was a great burden at this time.

The family initially lived with Uschi's grandparents (from her father's side), where they lived in attic rooms. Uschi's uncle (her father's brother) also lived in the house, so living conditions were quite cramped.

Uschi's father was a simple worker, and the family's financial situation was not easy. When Uschi's brother needed a complicated heart operation, the costs of which were not covered by health insurance, Uschi's mother also took on a job. Uschi was then mainly looked after by her grandmother, who cooked lunch when she came home from school; her father also came home for lunch.

"I was the only one of the children who was guaranteed a path to get higher education.” First Uschi attended secondary school until she got her high school diploma. Her parents didn't think she would do well at school at first, but she was one of the best at the Realschule and was then able to go to a Gymnasium. This gave Uschi a special position in the family and among her siblings. Her brother had many problems with his father during puberty, and her sister as the youngest child benefited from some circumstances that the older siblings had already struggled with. Uschi finds it problematic that she had no intimate relationship with her parents, especially with her mother. She was somewhat closer to her father, although this relationship was not easy either. In her childhood and youth, she lacked the trust of her parents and their support.

Studies and starting a family

After graduating from high school, Uschi met her first husband and went with him to Mainz, where she began studying. Soon afterwards she became pregnant and had a son at the age of 20. She then interrupted her studies and the family moved to Frankfurt am Main in 1973. There Uschi continued her studies and a time of political awakening and engagement began. For example, together with some other parents she founded the first “Kinderladen” in Frankfurt. Since the son was initially only cared for there on an hourly basis, it was very challenging for Uschi to reconcile her studies with her child and family situation. She says: "Basically, I didn't have time for university, but somehow it worked out, I somehow made it. In Frankfurt, this was the time of the student revolts and the feminine movement, and I was happy to take part in that as it improved my political knowledge. Interestingly, for example, I found out in Frankfurt that Karl Marx was born in Trier. I also came to recognize that I originally came from a very backward-thinking province and became much more curious about politics since joining the feminine and the student movement”.

In 1977 she separated from her husband. Afterwards followed some years of psychotherapy, which Uschi describes as a very positive time in which she learned a lot about herself.

After the divorce she met her current husband Peter in a citizens' initiative against nuclear power. This relationship developed slowly at first and then became more and more intense. Peter accompanied her during her experiences in therapy and thus also dealt with many topics of his own biography and his role as a man. His relationship with Uschi's son was very good, he presented himself to him as a friend and not as a father figure. The relationship with Uschi's first husband was also good, so that all three of them together took care of raising her son.

After completing her studies in social sciences and adult education, Uschi held a variety of professional positions. At first Uschi did not get a permanent position and started to teach German for adults. At the same time, she wrote newspaper articles, on a fee basis. In order to professionalize this area, she completed postgraduate studies in journalism in Mainz. She also worked for radio and television, but also freelance. Her desire for a permanent position in the field of press work failed, which Uschi attributes to discriminatory behavior towards single mothers. "They knew that I had a child, it is written in my curriculum vitae. So I was asked, do you have enough time to work and care for the child? If I had said yes, I would have been a bad mother, if I had said no, I couldn't do that either, so I didn't get the job. I didn't have a real chance."

Because of these experiences and the necessity to earn enough money for herself and her son, she decided to start a new career in the then emerging IT sector. She learned computer languages and worked for some time as an organization programmer. This was followed by an employment in the field of management consulting. Another change led Uschi into self-employment, first with a small store for gift articles and then with her own pub.

Together with Peter, whom she married in 1987, Uschi made decisions for or against career paths, often while travelling, in a situation of distance from everyday life.

"The last work was for eleven years in my pub. During that time, I learned incredibly much, e.g. how to be flexible, how to deal with the employees, how to plan at short notice [...] Before I quit, I worked 16 hours a day.”

Uschi describes the transition into the post-professional period as very positive. In 2014 she sold her pub and "started to live", as she says. Immediately after the sale, Peter and she went on a trip to Andalusia. She truly enjoys this free time very much.

She never gets bored, she always has a lot to do. Peter is still working for several years and often on long business trips. Uschi begins to travel alone, which she really enjoys. She keeps up this travelling for the next years. She also attends a French Language course, discovers the University of the 3rd Age, works on many topics very intensively and seriously. Learning and self-development were always important for her. She is happy to finally have enough time, peace and serenity for that.

Uschi and Peter moved into a spacious house a few years ago and have also set up a room there as a studio. Since that time Uschi also paints. The interest in forms and colors has developed gradually in her life. Today she is very interested in painting and designing, and in (interior) architecture, fashion and designer clothes.

Uschi feels well and healthy. She takes care of her health, has stopped smoking when she quit the pub-work, takes care of her figure, her appearance is important to her. She exercises every morning in her small gym at home. She has clearly regulated her daily routine. After the morning training, she reads and works on texts, followed by a long walk and a late breakfast. Usually, if there are no movement & meeting restrictions due to Corona, she also attends different courses or is involved in different groups, some of which meet regularly.

Uschi has two granddaughters with whom she has a very good relationship, but she does not want to be a classic grandmother who regularly takes care of the grandchildren once or twice a week. She is happy to help out if there is a special emergency situation, but she does not see it as her job to look after her grandchildren.

The contact to her son's family is very good. They meet regularly once a week, cook and eat together. During the Corona lockdown she talked to her son and daughter-in-law on the phone every day and Peter and her sent a puzzle task to the family every day, which they developed themselves. This was great fun for Peter and her. Uschi uses smartphones, computers and the new media very naturally.

About her current life situation Uschi says: "So I'm living this time now with all the experiences that I have had, that I could make in my life, as such a great opportunity and chance to learn more, to be able to deal with things. [...] then of course the wonderful story that I have an exciting, lovable and generous person with whom I live together. I am so grateful for that."

Uschi was able to reconcile with her father during the course of her therapy. Looking back, she is happy that she left her birthplace. She is convinced that she could only develop herself by leaving. She calls this decision a "huge gift". In comparison to the women of her family of origin, she notes many developmental and educational steps in herself. She lives her life self-confidently, actively and open-mindedly.

She does not explicitly deal with the topic of old age. She rather associates old age with the age of 80 years or more. She says: "I still feel very young; I simply seize the opportunity to treat myself to a lot of wonderful things, so I am completely satisfied, I really have to say.”

Asked about her view on how society deals with the elderly, Uschi says: "What absolutely bothers me is how elderly people are treated in nursing homes. They are given medication and often have no opportunity to do anything on their own, because it simply doesn't fit into the context. And because some people make money in this field. Making money and greed prevents the elderly from being treated appropriately. I think older people simply have the right to self-determination, especially to intellectual advancement and also the right to sex and autonomous actions. And that is simply what is not guaranteed in the institutions.”

Uschi and Peter have not yet made any concrete plans as to how they themselves want to live in case of need. But it is clear that independent living in their house is the desired way of life.

Freedom and independence are very important for Uschi in her current phase of life. In this respect, she criticizes the promotion of volunteer work for the elderly. "Programs are being set up for older people as if we cannot think for ourselves in terms of what we do and what is important for us.” 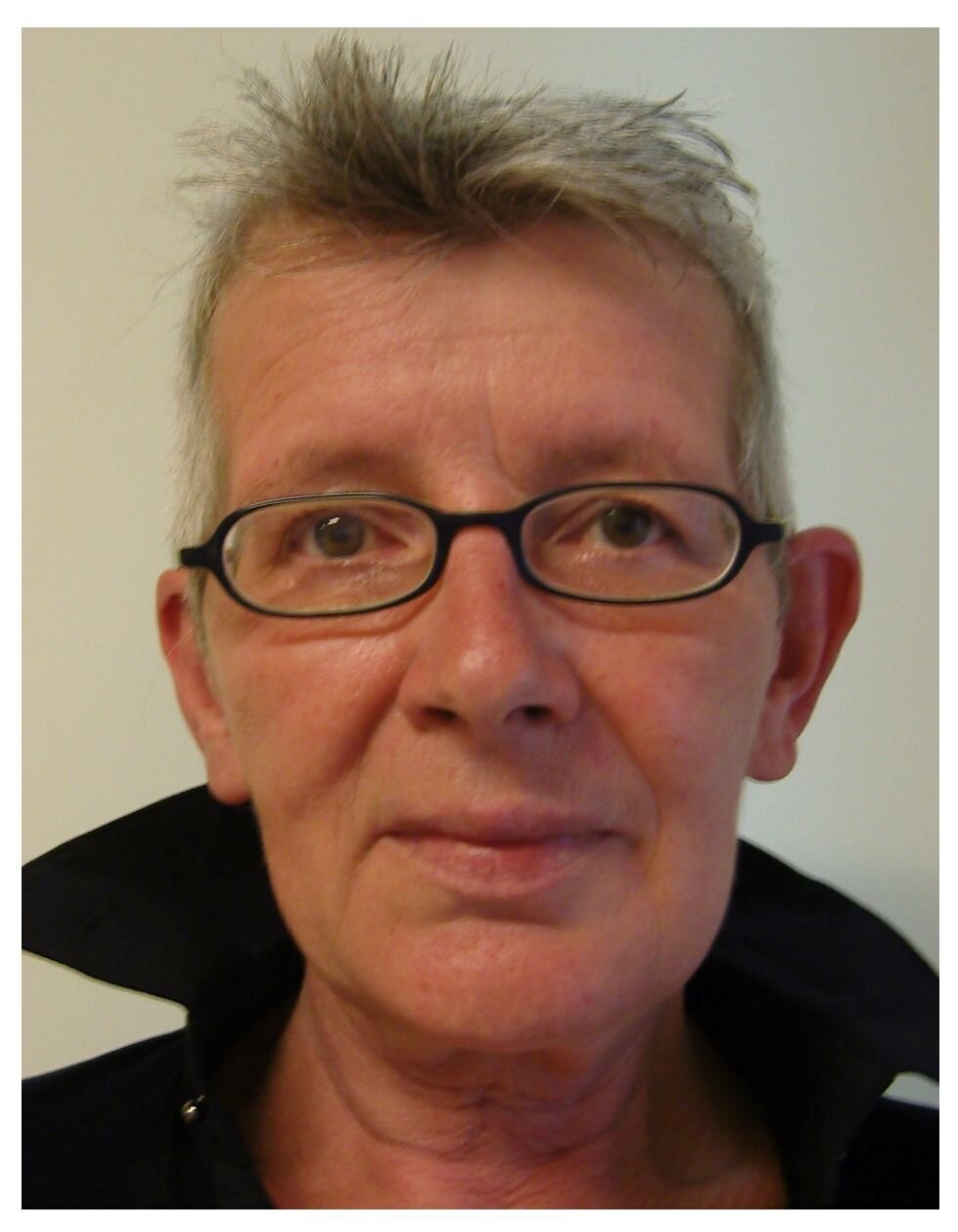