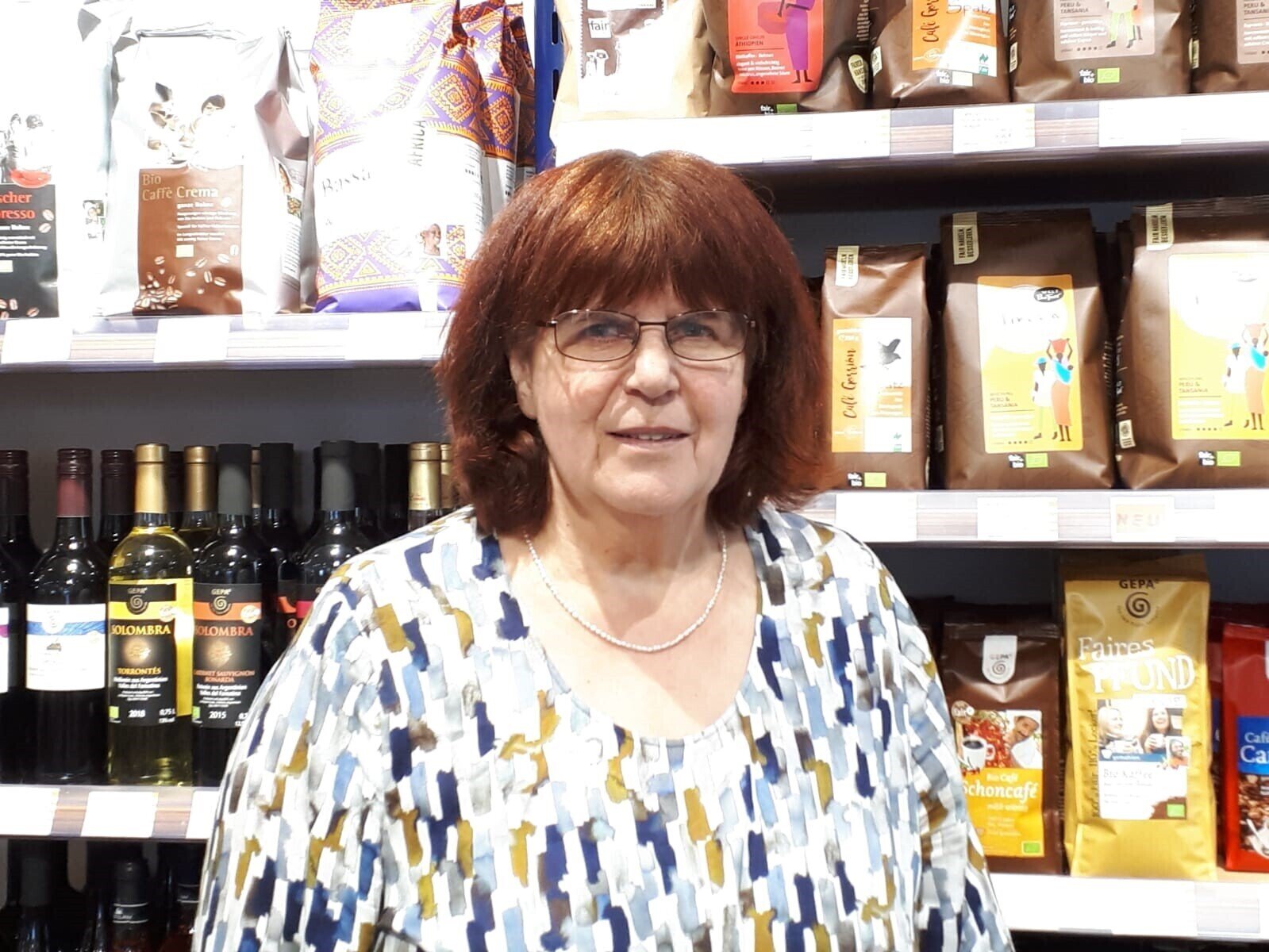 I think it makes sense to get involved in our "one" world!

We are sitting in the large, cozy living room in her house on Ulm´s Kuhberg hill with a view of the garden, her place of relaxation. She has just come back from the women's academy - of course by tram - the car long being abolished. “Well yes, our house is way too big, should we now turn it into a shared apartment for the elderly?” But then the children and grandchildren still come to visit often.

U.: You are 70 years old. What does retirement mean to you?

Interviewee (IP): For me as a housewife, nothing much has changed over the years. Except perhaps, my husband has now been home for six years since he retired. But otherwise everything continued that I did or have done for myself.

IP: I was a housewife, raised my five children and then got involved in kindergarten and also in school. 25 years ago I started working in the world shop. In 2011, a Syrian student moved into an empty room of ours and stayed with us as a family member. Then the war began in Syria and we saw firsthand how his brother had to escape. Lateron the father, mother and son. They all came to Ulm and I got involved in a refugee group of the church parishes here in Ulm. We were very active and organized everything possible for the refugees.

U.: Volunteering plays a big role for you. How did that actually develop?

IP: Already as a student I was involved at the Ulm Women's Center. We began to take care of mistreated and beaten women. There were free consultation hours to which the women could come and we then tried to find accommodation for them and to support them with administration. We then founded the association “Women Help Women” and tried to find an official apartment. So we launched the first women's refuge home in Ulm, and at the beginning worked there without full-time employees. That was my first honorary position. Lateron we were happy that we could transfer this in full-time employed hands.

U.: What does that give to you?

U.: What do you think, where does your attitude to life come from?

IP: I grew up in a pastor's family. We had an incredible number of international guests visiting. Once an African medical student stayed with us for weeks. From an early age, I found it fascinating to get to know different cultures and people from all over the world. Lateron it was always important to me to have a hospitable house. I learned by my parents example that people should be looked after who are not doing so well. And also that material prosperity is not important. Other things like meeting people, travel and culture were more important.

IP: Before I met my husband and had children, I traveled a lot and saw a lot. With the children, it was no longer that important to me to travel far away, and flying makes me  uncomfortable for environmental reasons. Every now and then we go on an organized trip. For example, last autumn we were in the Baltic States for a week, before that we traveled a week through Poland by coach. I don't like being away from home for long either. I always think I have to do something useful here and not just go on vacation somewhere.

U.: How is your connection to Europe and especially to Eastern Europe?

IP: I think Europe as a concept is terrific and very important when I consider how many wars there were in the past and now there has been peace for so long. I also find it very exciting to travel to different countries without any border controls. I have mainly been to Western European countries quite often, and I really want to get to know more of Eastern Europe. I went on vacation to Romania many years ago. At that time I was 20 and spent two weeks there, by Neckermann travel agency, at some beach with a friend, that was terrific! Back then everything was still precarious and exciting. I also think it's great that you can go anywhere by train. Some day we want to take the train to Budapest or Bucharest.

U.: Has anything changed in your activities with age?

IP: Well, I do notice that I'm not so fit anymore. I have various health problems and I don´t see so well any more. Due to my vision, I can no longer drive a car. That means I'm a bit restricted. For instance in the World Shop at the computer checkout, with technology and the new media. It's a bit exhausting for me. I am now more in the second row and retreat a little.

U.: Speaking of media: What role do they play in your everyday life?

IP: I always have my smartphone with me and I am in contact with my children, with all my friends and in various internet groups. Every now and then I look up something on Google or dispatch emails. The laptop is already a bit too cumbersome for me. In this respect I am somehow limited and not so enthusiastic about learning this new stuff.

U.: And your profession?

IP: I have a somewhat complicated professional vita. Initially I was trained as a nurse. Then I came up with the idea to become an ​​educated kindergarten teacher and subsequently worked in a kindergarten for a while. A relationship broke up and I wanted to start something completely new in my life. So at the age of 28 I began to study medicine. But I also wanted to have a family and children and found the right partner as well. So towards the end of my studies, I already had two children and then finishing my studies was very exhausting. Eventually I completed everything, I'm a doctor now. But after graduation I was home for the time being because my nerves were quite stressed. Then came the third child, the fourth and the fifth, and so I did not manage to enter the professional career. Now and then I felt some regret when I saw all my girlfriends working in their profession. But they, in turn, envied me to be at home with the children and to have children at all, because it didn't work out for many of them. However, I also wanted to do something with others apart from the household and not just be a housewife. That was always a concern of mine.

U.: What do you do nowadays for yourself?

IP: I try to do a bit of sport activity because I know it's very important, even though I don't enjoy it very much. I enjoy working in our garden and being able to harvest there. To see how things grow and then process them afterwards. I cook an enormous amount of jam and am happy when I can give it away. I also love reading, going to the cinema, and I am happy when I meet friends and we do something together. Of course I am happy about my family, I have three grandchildren and I enjoy it very much. I have been attending the women's academy at VH Ulm for quite some time. The exchange with the other women gives me a lot of new ideas.

U.: What would you pass to the younger generation on their way?

IP: That they always remain curious and open-minded towards other people and cultures and not look at others with a kind of arrogance or feeling superior to them. And that they should take care of people and their environment. We only have this one world!