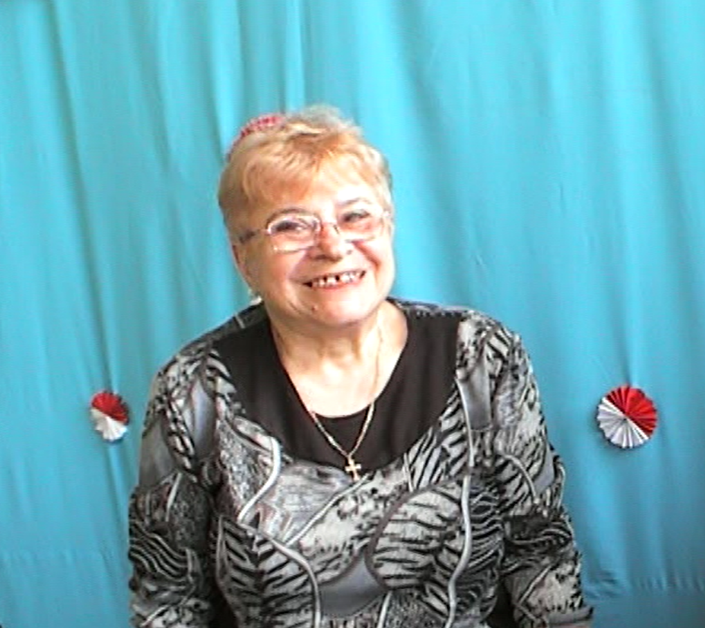 Can you introduce yourself please? When and where were you born?

My name is Pavlina I. I was born on July 10, 1955, in the village of Golyamo Vranovo, Slivo Pole Municipality. In my family there were four of us, my mother, my father and my older brother, who died young. My mother worked in a vegetable garden and my father was a builder.

If we go back in time, can you briefly describe the life circumstances of your childhood?

I did not live with my grandparents, my father's parents, because they died before I was born. And my other grandparents, my mother's parents, lived elsewhere, and we visited them on holidays like New Year. I  lived with my mother, father and brother. I can say with a little nostalgia that it was my brother who raised me while our parents worked. My brother was 9 years older than me and when he grew up, he often told me that he was often scolded by our parents because of me. He raised me.

Tell us about your adolescence and adulthood, please.

There were many children in the village and together we went to school, which had many classes. In the afternoon we studied, played on the meadows or on the streets. When we grew up, we helped to look after the chickens at home, to cook. I lived with my parents until 8th grade.

Did your parents determine your future occupation?

Please describe the intergenerational relationships in your family? What was the attitude of your parents towards your husband?

My parents accepted him and cared for him like a son after my brother died. My family experienced a great tragedy. My husband, when he was only 30 years old, was injured severely in a car accident. He was almost on the verge of death. My mother and father helped me to raise our baby and to restore my husband’s health because my mother-in-law was ill and could not take care of my child. So I can't say they didn't help me. They helped me a lot while they were alive. When my father died, my mother was left alone and we took care of her. In her last days she was with us in Borisovo and died there. She had great respect for my husband and he felt the same for her.

Thank you! How did you see aging when you were young? Did you think that there would come a time when you would retire and stay at home?

I watched my parents grow old. My mother used to gather the neighbors and organize women’s gatherings where the ladies spent their time knitting and talking. And since Dad was a homebody, he made popcorn for them. They all loved to come to our house. At that time I thought that when I retire, I will stay at home and make popcorn, at least for my granddaughters. Now we are home again, but life is going differently. In those days we were more involved with the children.

Now, a new organization, the Union of Pensioners, has appeared in our lives. There are clubs for retirees. My first invitation to the club, which is the second largest in Borisovo, was after my retirement. I was the youngest of the retirees. I had to commit a lot of my time organizing excursions,  celebrating holidays together. It is different from before, when we celebrated holidays in the family circle.

Yes, there is a difference! How do you live now? On your own? Or with the children?

We have one daughter and two granddaughters. Our daughter graduated from Hristo Botev High School in Ruse and then graduated from Sofia University "St. Kliment Ohridski", majoring in Law. Since she is an only child, she returned to Ruse to be closer to us, to be able to look after us and for us, to be able to help her. Then our two granddaughters were born. The elder one is 15 years old, she is in 8th grade, and the younger one is 12 years old, she is in 6th grade. We helped to raise the first granddaughter in the beginning, but I still went to work at that time and that's why the other grandmother also helped. That's how our elder granddaughter grew up. And with the younger one, from her first day of birth to a year and a half, until she started to attend creches, every morning I went by car to Ruse to look after her and in the evening I came home. To this day, the words she says to me, "This is my grandmother," always warm my heart. They lived here for 20 years, but my daughter's dream was to become a judge. However, in Ruse, there were fewer positions for judges. She won a competition for judges and went to Sofia with her husband. He is a programmer with a Norwegian company. The children wanted to study in special schools. So they left us and we were remained on our own. Our elder granddaughter studies at the High School of Ancient Languages ​​and Cultures. And our younger granddaughter has been horse riding  since she was nine. This is her dream - to compete. Her parents also bought her a horse. She has won prizes at all competitions in which she has participated. Now she is polishing the horse's ammunition and is waiting for March 7, Todorovden (St. Theodore’s Day), to compete and win the next prize. She has joined the national equestrian team, whose base is in the town of Ihtiman. She tells me every day, "Grandma, this is my dream and it will come true." The horse's name is Bella View.

Thank you! Tell me a little more about your life in the retirement club.

Now there are two clubs in the village of Borisovo. We are club number 2. We observe many traditions. When spring comes, we organize a day trip, and in the fall - a three-day trip. There is no place in Bulgaria that I have not shown to my retirees. We have been to Trigrad, to Zlatograd, to the two caves of Yagodinska and Devil's Throat. We work to attract young people to join us so that we can share with them the experience of celebrating Christmas Eve, Babinden (Midwives’ Day), Trifon Zarezan (Vine growers’ and Winemakers’ Day), Godezh (Re-enactment of a traditional engagement ceremony) and others. They are then motivated to take on new challenges. This is the main task of the retirees in our club - to preserve or restore traditions and pass them on to the younger generation.

But it is good for you to keep in touch with other retirement clubs and to exchange information and experience about the traditions of the neighboring villages. The entry of technology into the lives of young people is very important. Can the members of the retirement club use these innovations.

I can say for myself that my speciality Telecommunications Engineering (this is my second higher education) and my work for the Bulgarian Telecommunications Company have provided me with opportunities to use different technologies. So new technologies are not foreign to me. 60% of the club members use smartphones with Viber, take pictures and upload photos. Many of them also have computers and use the Internet and Facebook. We also communicate in person and by phone.

Whether we meet soon or later with friends of the third age from the Danube countries, what would you like to share with them?