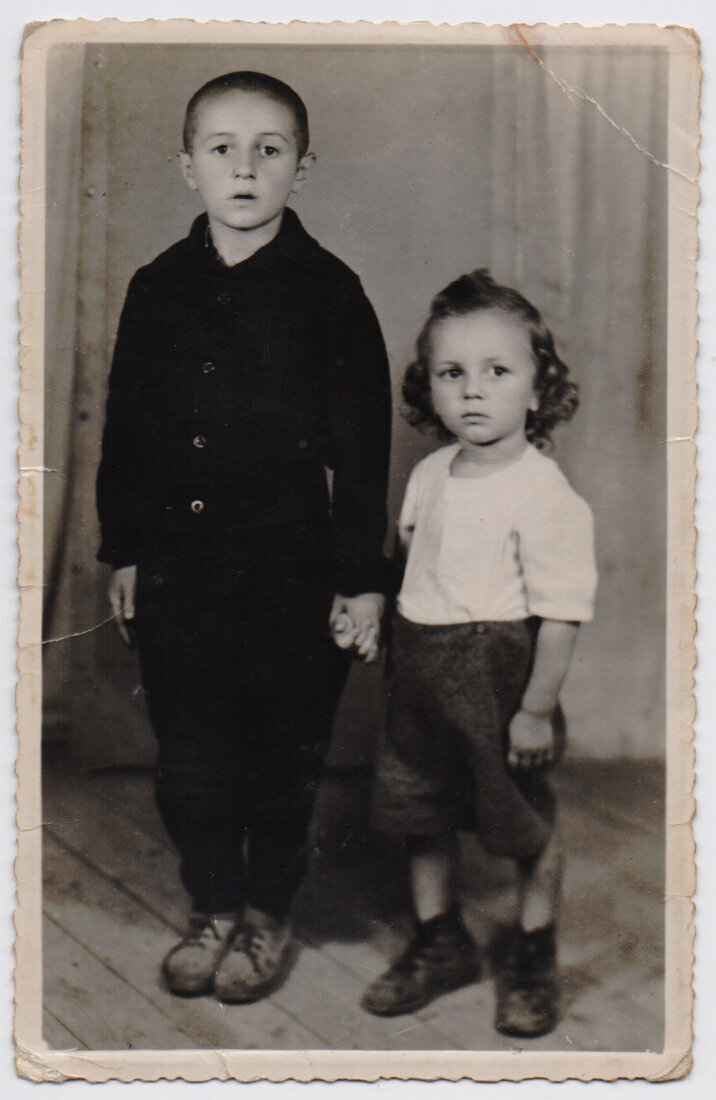 Zoki does not recognizes the old age. According to him, „there are three periods: youth, which is up to 60 years of age, midlife from 60 up to 90 years of age, and old age, which is over 90 years. Therefore, I am not old!“ He adores bodybuilding and each conversation with him almost inevitably slips to his sharing benefits of this physical activity.

Zoki is a Serb, born in 1945 in the city of Smederevo (cca 70 km downstream Danube from Belgrade) but he lives in Belgrade. He is retired electro-engineer.

During the 2nd World War his parents came from the village Nićiforovo in (Republic of Northern) Macedonia to Smederevo where his father got a job on the construction. His mother, a housewife, joined her husband with their eldest son, Zoki’s brother born in 1941. There in Smederevo in 1947 their baby sister was born. In 1948 family moves to Belgrade. They lived in humble house (one room and the kitchen without a bathrom) in Vračar municipality. In 1956 family moved into larger apartment where Zoki still lives. For a couple of years two cousins from Macedonia lived with them. His father started construction company and he worked a lot so children weren’t seeing him a lot. They lived modestly.

As a kid Zoki loved to play with other kids from the neighborhood and it seemed to him that the whole life will be playing. His father used to tell him „Son, you’re getting down because of all that playing around.“ In 1952 Zoki started elementary school near their apartment. He was an excellent pupil but in the subjects that interested him – mathematics (he was making to Republic mathematic competitions), physics and drawing. In 1960 he started high school where he was also brilliant in mathematics, regularly taking part in mathematic competitions. He also practiced gymnastics and enrolls karate classes. In high school he began to love sports.

He remembers that there they were singing:

„Comrade Tito, you just write, we will work even if it is raining

Comrades Jovanka should also write, and we’ll work without stopping...“ 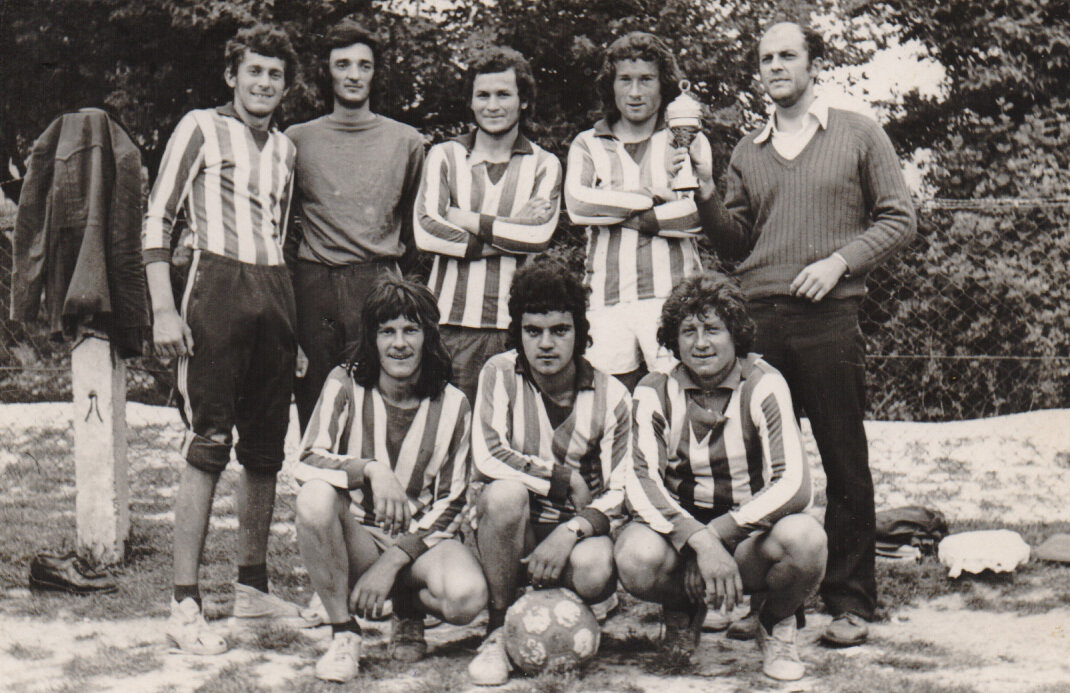 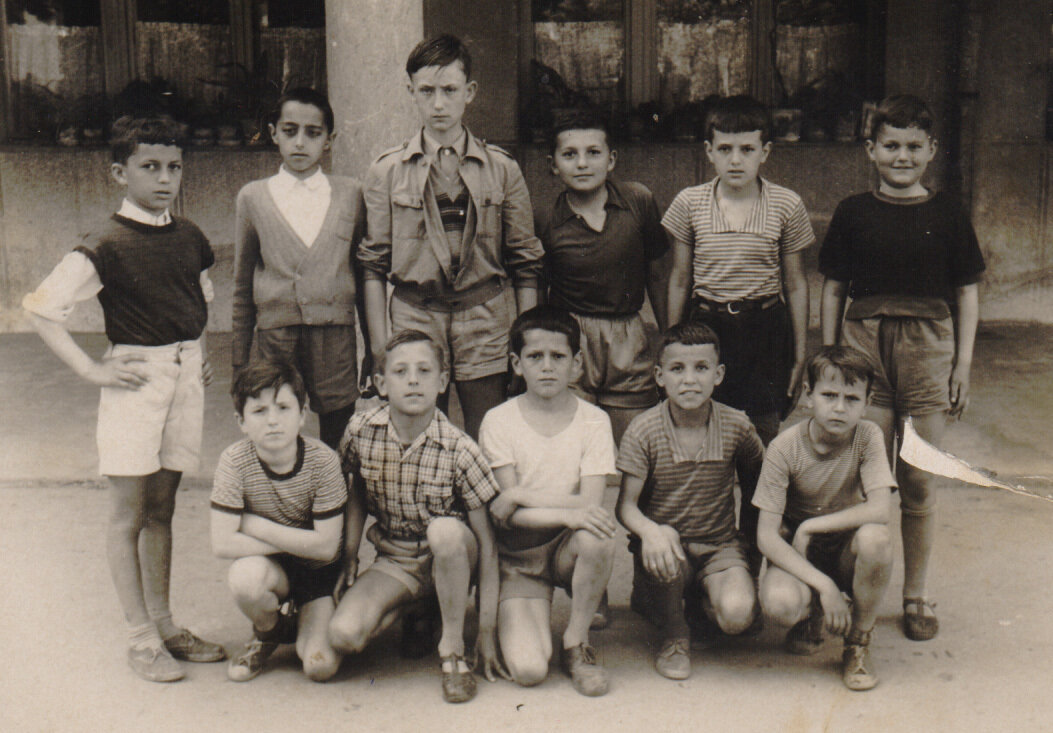 Both Zoki’s paternal and maternal grandparents lived in Macedonia. They were poor, held sheeps and grandfather was building watermills. Until he was 19 Zoki went to visit them during summer vacations but he remembers them poorly. He remembers his grandfather’s name but not his grandmother’s. He loved them and respected them but does not remember when they died. He loved going to the village because of beautiful nature. 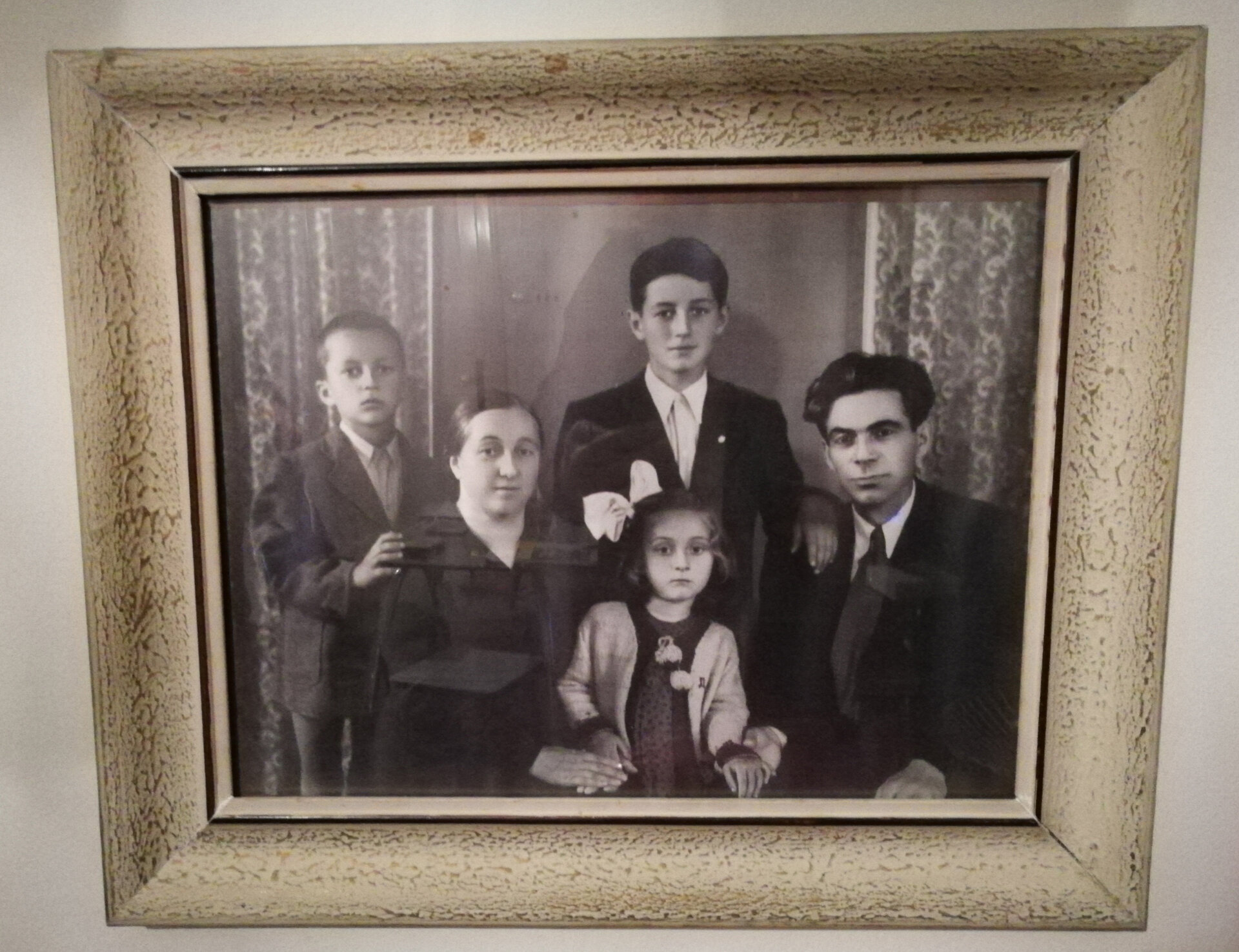 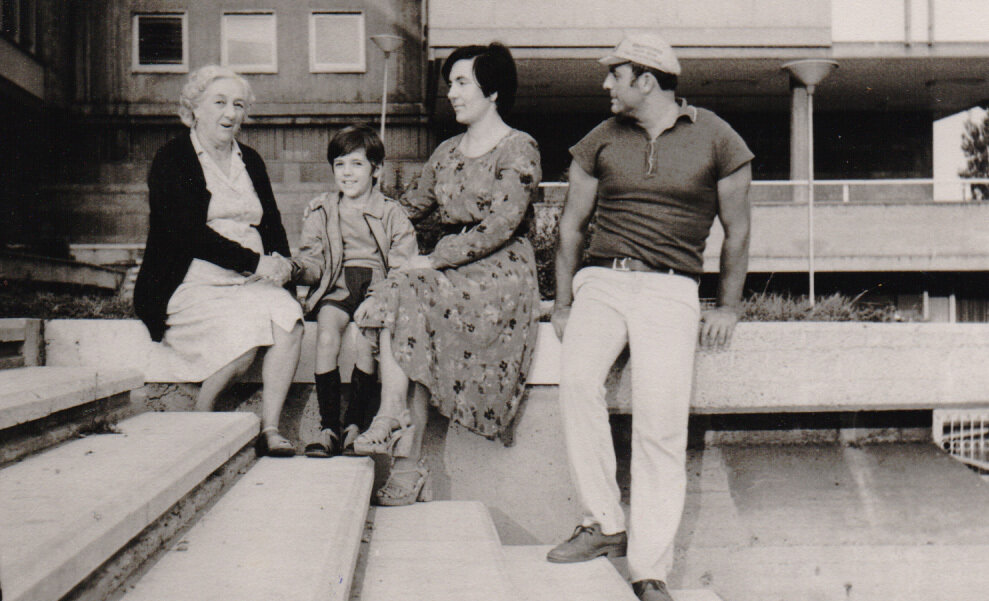 After military service in 1970 Zoki moves to the town Benkovac (Croatia) where his girlfriend, who he was dating during the studies, was from. They got married and he got employed as teacher of electro-technics and mathematics in local Technical school. In school he formed a sports club, regularly training with his pupils. He discovers bodybuilding and that sport became his greatest love. Family lived well in his in-laws’ house.

In 1973 his son was born and soon after, as he says “you see how misfortune comes in a second whereas you fight for good things for years.” His son had an accident in very early age, felt and hit his head suffering severe brain damage from which he never recovered. 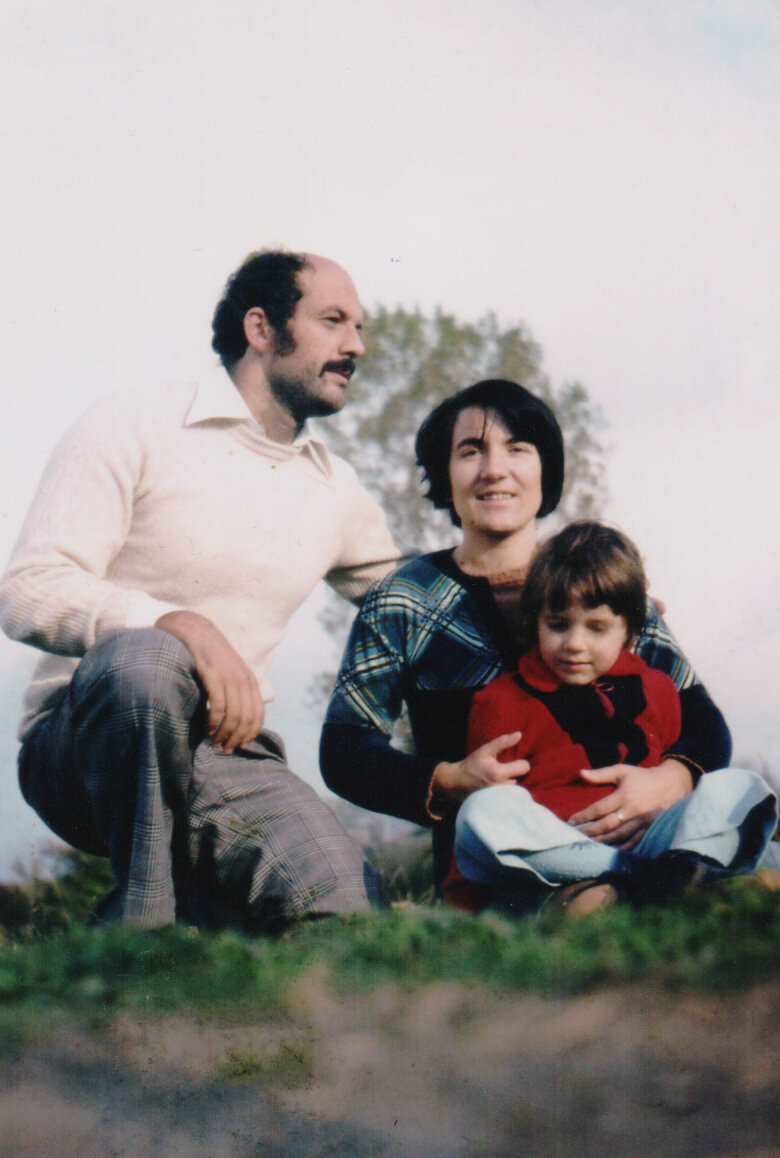 In 1986 Zoki returns to Belgrade to take care of his ill parents. His father died in the same year whereas his mother dies in 1988. Zoki easily found a job as a draftsman but his wife couldn’t find a job so she stayed with their son in Benkovac with her parents. They lived as long-distance family until 1995 when due to the War his wife, son and in-laws came as refugees in Serbia. She and their son came to live with him in Belgrade, whereas her parents were placed in a refugee camp in Aleksinac, small town in Southern Serbia, (cca 200 km from Belgrade), where they eventually settled.

Due to difficult circumstances in 1997 Zoki and his wife had to place their son in the Center for handicapped adults in the city of Kragujevac. Altogether, it was a huge blow for his wife who suffered depression and died in 2000 at the age of 54.

Zoki was very affected by deaths of his mother and his wife: „I saw her [mother] suffering and she was such a good person. My father was hard-working man with a lesser sensitivity for children. My concentration was pretty low when my son became ill. It was like that for months. I usually don’t tell that because I don’t want to burden anyone, but it was tough. When my wife died, my brain was burning for 8 months, it was that difficult, each cell was hurting. We loved each other very much. Two most important persons were my mother and my wife. They shouldda live at least 120-140 years if the length of life could be measured by kindness and good, really good.“

In 1997 company where he worked bankrupted and he was laid-off. He worked on a black market, selling newspaper and books on the street all they long, sun, rain or snow. Yet he managed to earn enough for a decent living. In 2010 he earned the right to retire. He says that his pension is not bad, a bit more than average, but not enough for pursuing his interest in bodybuilding.

Since 1970 and still nowadays he is actively training as bodybuilder. He takes part in bodybuilding competitions for veterans. He won many awards.

Nowadays his everyday routines are filled with sport activities. He gets up at 7 or 8 in the morning, has his breakfast, and around 10 am goes to the green market. Three times a week, from 10 to noon he trains lifting weight. Every day in the afternoon he walks. From May to October everyday he swims and walks at Ada Ciganlija (lake on the river Sava in the center of Belgrade). He eats healthy, taking a lot of vitamins and some supplements. He reads articles in psychology and sports journals. He watches news on TV, particularly sports news. He goes to bed around 10 pm, but before he writes a journal, keeping notes on exercises and his content with his performance that day, aphorisms in positive tone, thoughts of great people who motivate him, glues interesting articles. While walking, he likes to take photos of the nature.

Zoki is interesting person, modest and emotional. He says that his life is good and his misfortunes only learned him to appreciate good moments. „Once I told my friend to sing. He asked me why. I told him because you are all there, live and healthy. He didn’t got it. A person has to be thankful for what she’s/he’s got!“ Zoki believes that person matures in fighting and new experiences. „Excercising and being persistant and hard working made me stronger.“ In excercising he found the meaning of life, a getaway from misfortunate situations and source of happines and satisfaction. 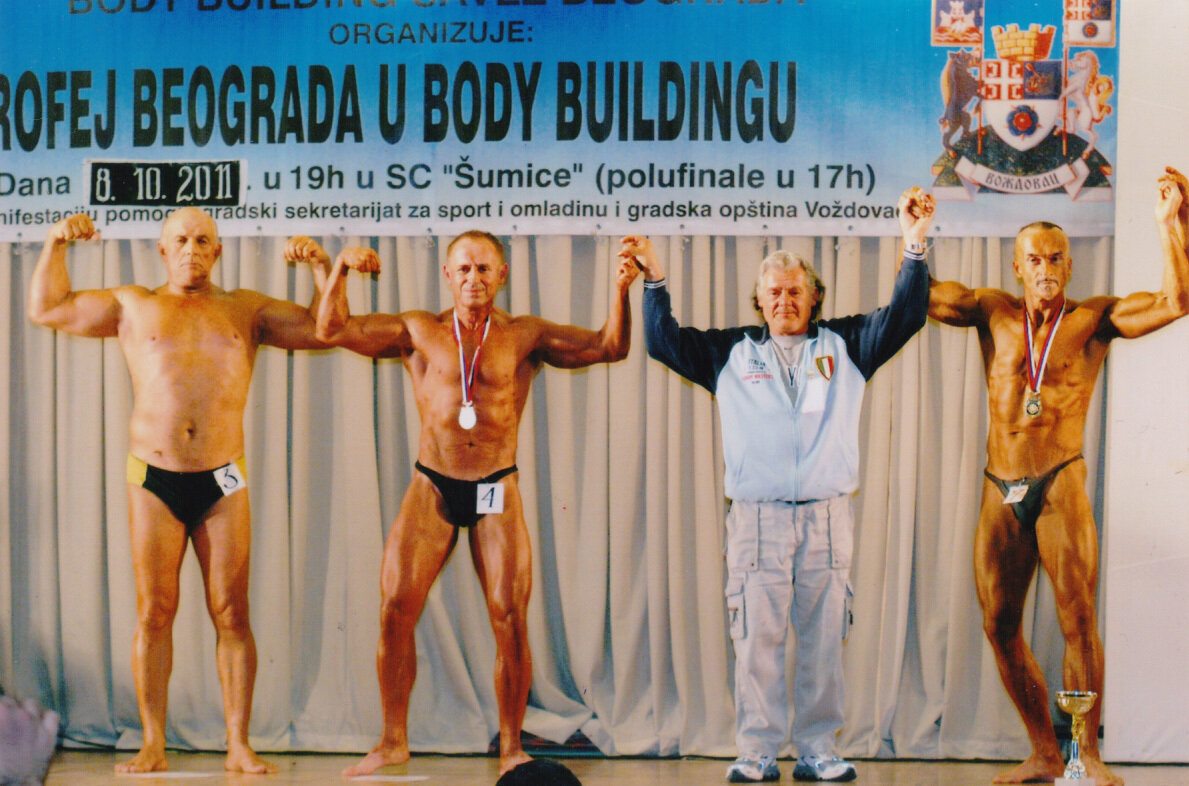 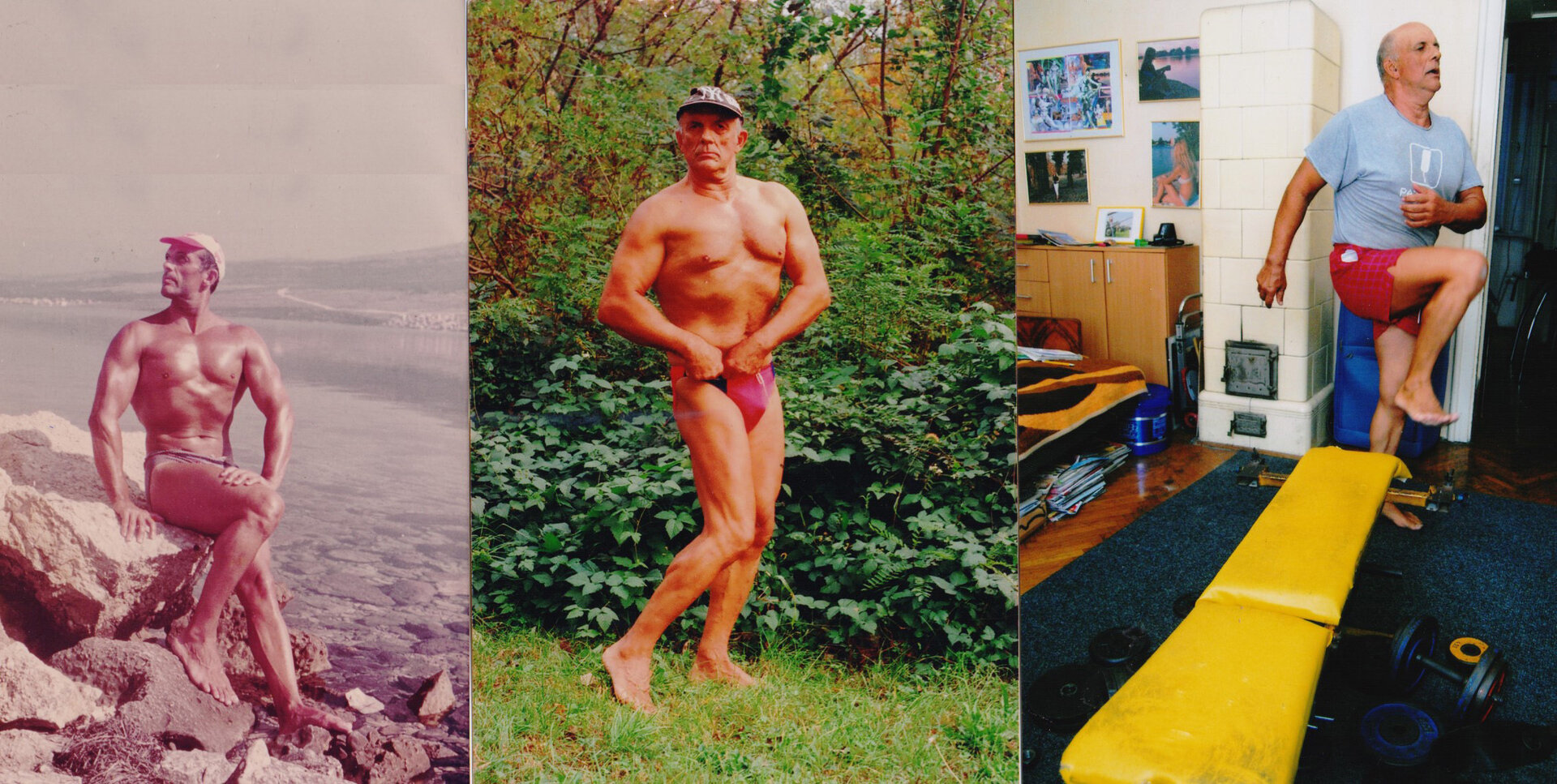 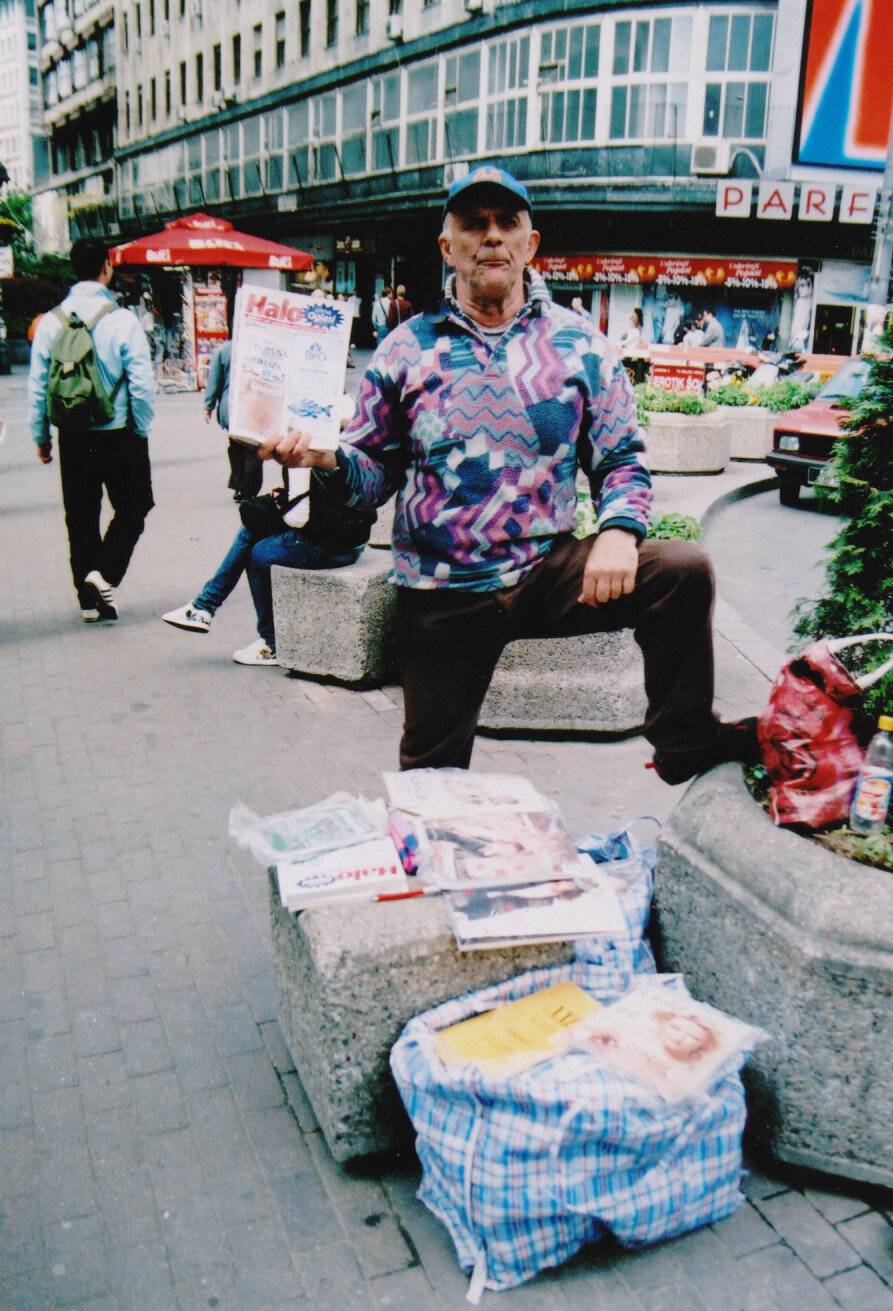 He always speaks nicely of other people. He helps his elderly neighbor (brings her groceries when he goes to the market), tries to keep in touch with relatives, visits his son in the House at least twice a month even though he is in another city. He spends time with this childhood friends but is very open for new friendships. He is very happy when he can share his knowledge and experiences with others.

He declares himself as an optimist and fighter by nature and he is motivated by others who are putting efforts to stretch their limits.

Sometimes, but rarely, he feels deride by the others when he says that he lifts 150 kilos. It doesn’t bother him. he just smiles and invites to „see for yourself“.

His message for the younger generations is that being lazy, graining and mourning are the worst. Young people should do what their like and love because only love for others and love for the job they do are the most important. One should be good, one should be strong-willed, one should be fighter. „I was happy when I had to work on the street whole day to provide for my loved ones. That means Victory! When you accomplish something you should be able to say Victory! Man should try to win himself. I try every day to give my best.“ 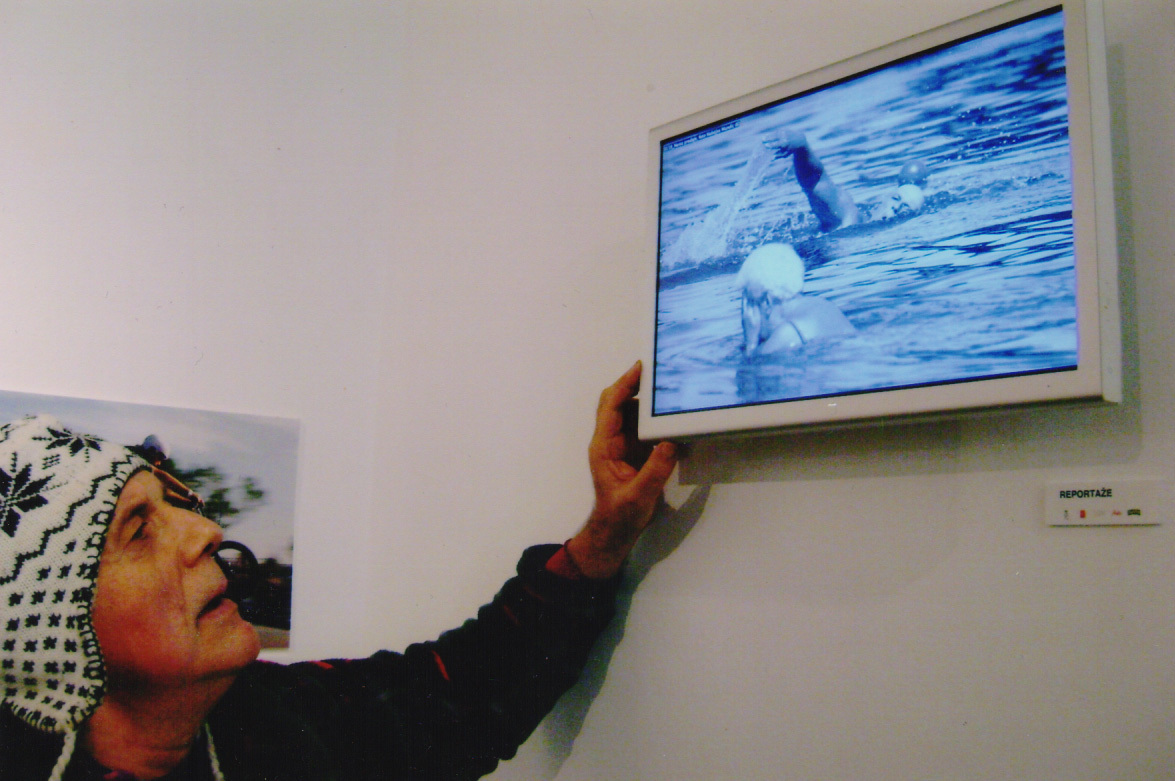