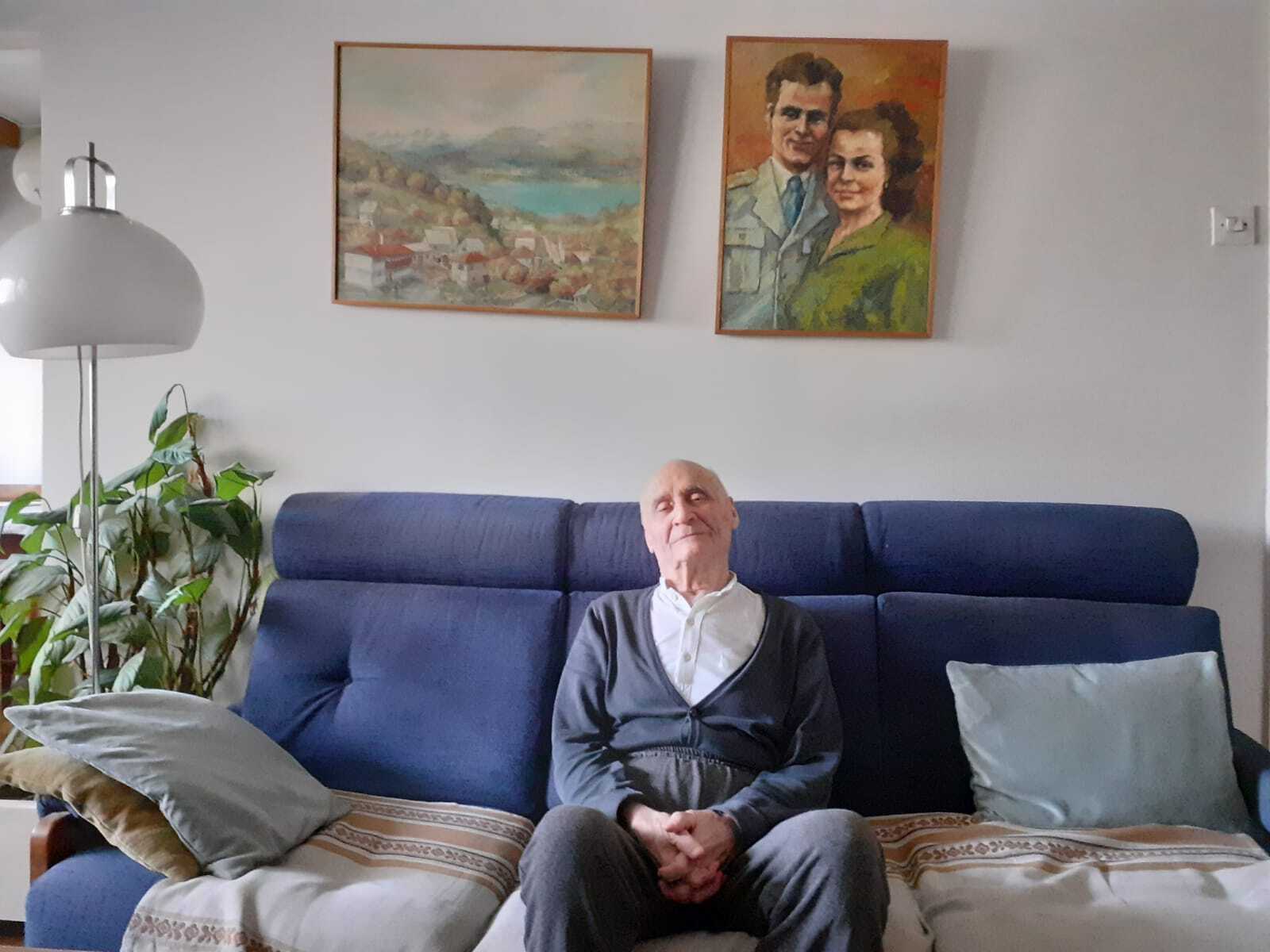 “God made a Man, but the Man made a God”

Luka F. is nowadays 92 years old. He was a colonel in Yugoslav Army, retired for 37 years. Although talking with him is smooth, he’s not a man who easily engages in smooth talking or chit-chatting. It took some time to convince him to share story of his past and present life, but when interview was arranged, his memory, very precise in recollections of people and events, at the same time quite wit in making his own observations.

Luka was born in 1928 in the village Nićiforovo (nowadays Republic of Northern) Macedonia. He grew up in typical village household consisting of his parents, paternal grandfather and 8 children, 6 sons and 2 daughters. Luka was a third child in the family. He was named after his paternal grandfather, who lived in the household and two of them eventually shared a room (which was a great honour in Balkans patriarchal families – not every child was allowed to sleep in grandfathers’ room). Family lived humbly. Bread was their dessert. Agriculture was primer economy.

While in elementary school, lasting for 4 years, he also had choruses to help in the field and taking care of animals. His elder brother was in the military service and due to age difference wasn’t living in the village. The second child was a daughter (his sister) so although Luka was a third child, he was the one upon whom their father greatly relied upon. During the 2nd World War, in 1943 Italians burned their village to the ground so the family moved to the town Gostivar where they all lived in a single room at their friends for a whole year. 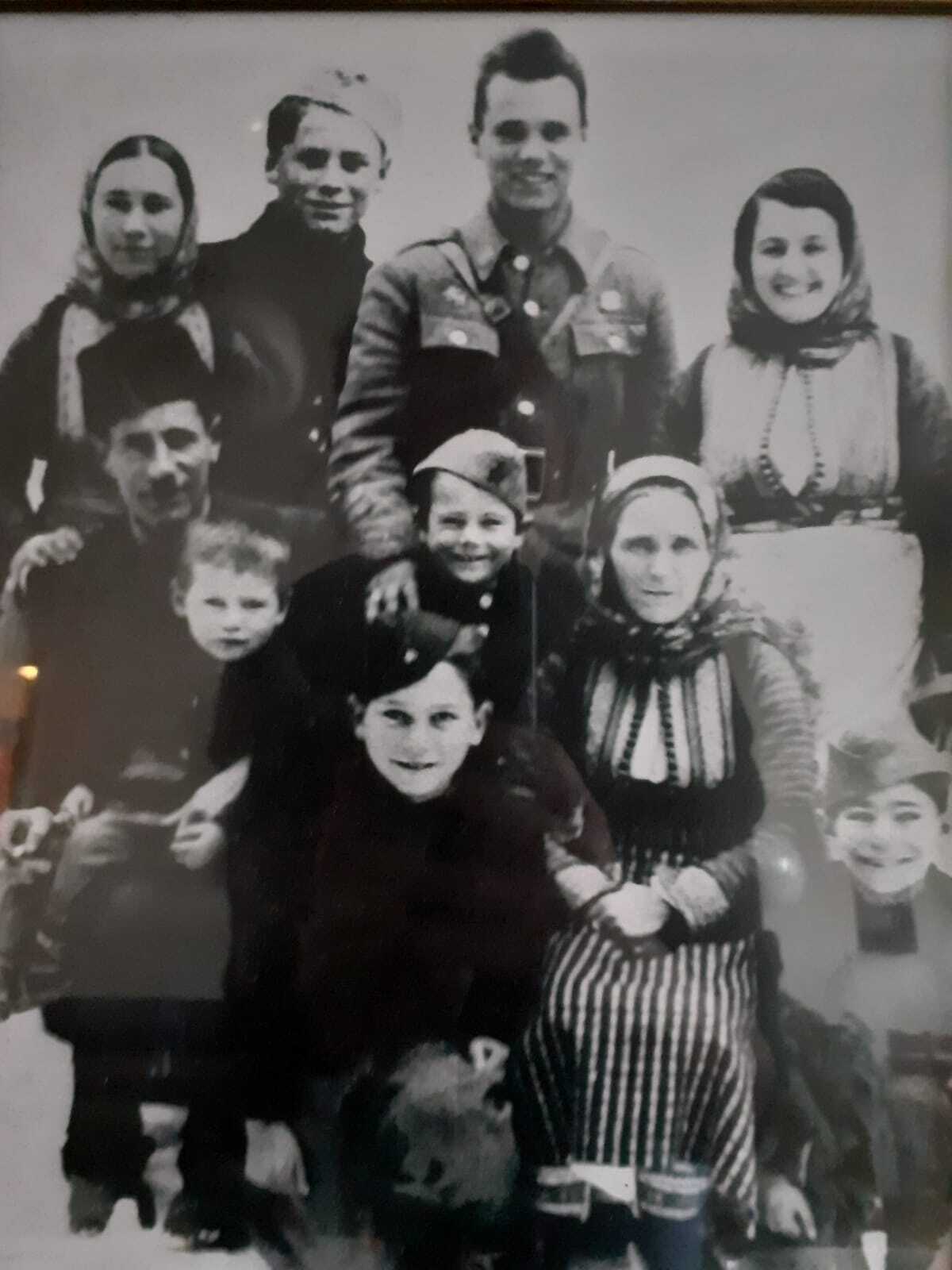 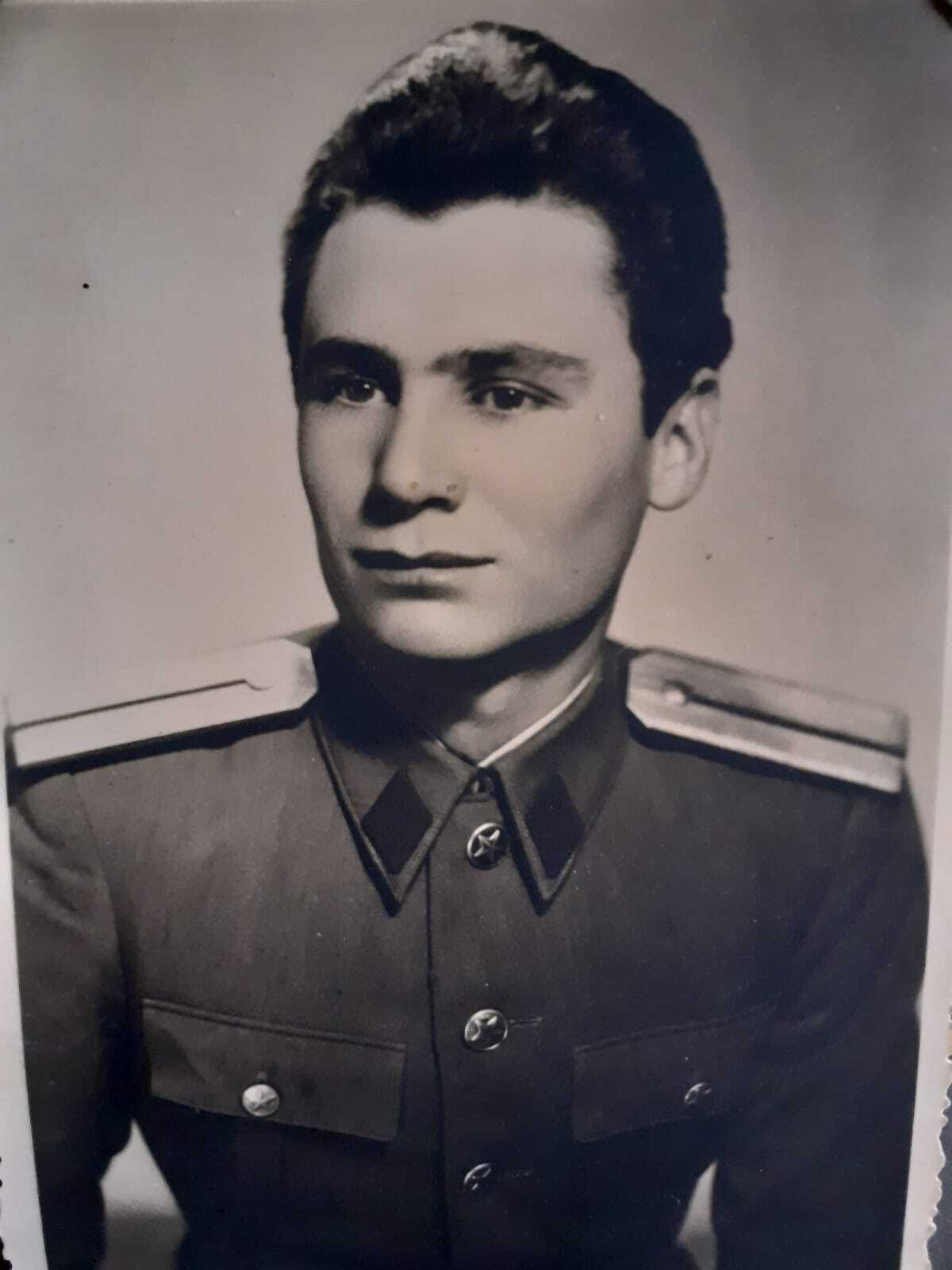 Luka stayed in Gostivar by his 15 and then moved to Belgrade to enrol Military Academy. Being away in the Academy wasn’t easy but great support was constantly given by his sister-in-law, his elder brother’s wife Žamila who wrote letters in which she was saying to keep the head high and not give up although the times were very difficult and school was difficult as well. His brother was killed in the War in 1945, which made huge mark in the whole family because he was very well respected. He was later pronounced as National Hero and his bust was placed as monument still standing in Gostivar.

At the final year of Luka’s military education, a call for pilots in Pančevo (city in Southern Banat county, a dozen kilometres from Belgrade) was made public and he applied. Eventually, due to stomach sickness Luka did not became a pilot but while in Pančevo, at a dance he met a girl, Radinka. For three years they were building up their relationship, exchanged letters, meeting on weekends. Eventually, they got married and lived together for 60 years. She passed away 11 years ago and when he talks about her, Luka becomes very sentimental. He notes that she passed away he lives on his own, cooking, cleaning and maintaining their home, which was something that Radinka was doing. Yet, such notices are given in the way to express his gratitude for efforts she was giving to make everything right. He was helping her in household choirs and was providing incomes but she was the real head of their family. With a great sorrow he was saying about mutual respect. She graduated from technical secondary school and worked for a year until she became pregnant and then became housewife. They have two sons and 5 grandchildren. Due to his military career first they lived in Pančevo, then they moved for a year in Pula (Croatia) and then in Serbian City of Nis where they lived for 13 years. Eventually, they moved to Zemun (municipality of the City of Belgrade), but as their sons came to the age so they sold family house in Zemun to buy apartments for both of their sons and an apartment for themselves near Tašmajdan park in the centre of Belgrade.

Nature of Luka’s military service disabled them to travel abroad. The only time they traveled abroad (from former Yugoslavia) while he was in the service was to Vienna to visit Radenka’s brother. Although due to the service he wasn’t able to travel abroad, his wife did travel with her friends. Yet, in the country they led an active life, often going to the theatre or cinema and they enjoyed walking in towns.

Luka was almost detached from his family, because they lived in Macedonia and they met rarely, once a year when they’d travel for vacations in Nićiforovo, where his family returned to live after a year in Gostivar during the 2nd World War. Yet, he was in close relations with his wife Radenka’s family. They were taking care of her parents until they died and the whole family on that side get along pretty well. Her family gave him a great comfort when she passed away.

Resuming his past life Luka says that it was great though difficult. However, he emphasizes that difficulties are forgettable having in mind all the good things that have happened. When he was younger, he never thought about the old age. But then again, he notices, that a rural boy from modest family hardly could imagine to become colonel in Yugoslav Army. It is a huge success, which is proven by the fact that he provided for his family and provided for himself to be independent in the old age. He is quite satisfied with his pension particularly because his sons are also successful in their careers and family life so nor they depend on him nor does he depends on them. He does misses his wife but he says that he doesn’t feel lonely although he lives on his own. On the contrary, he says that it is good for a person to be on its own from time to time especially if healthy as he is. 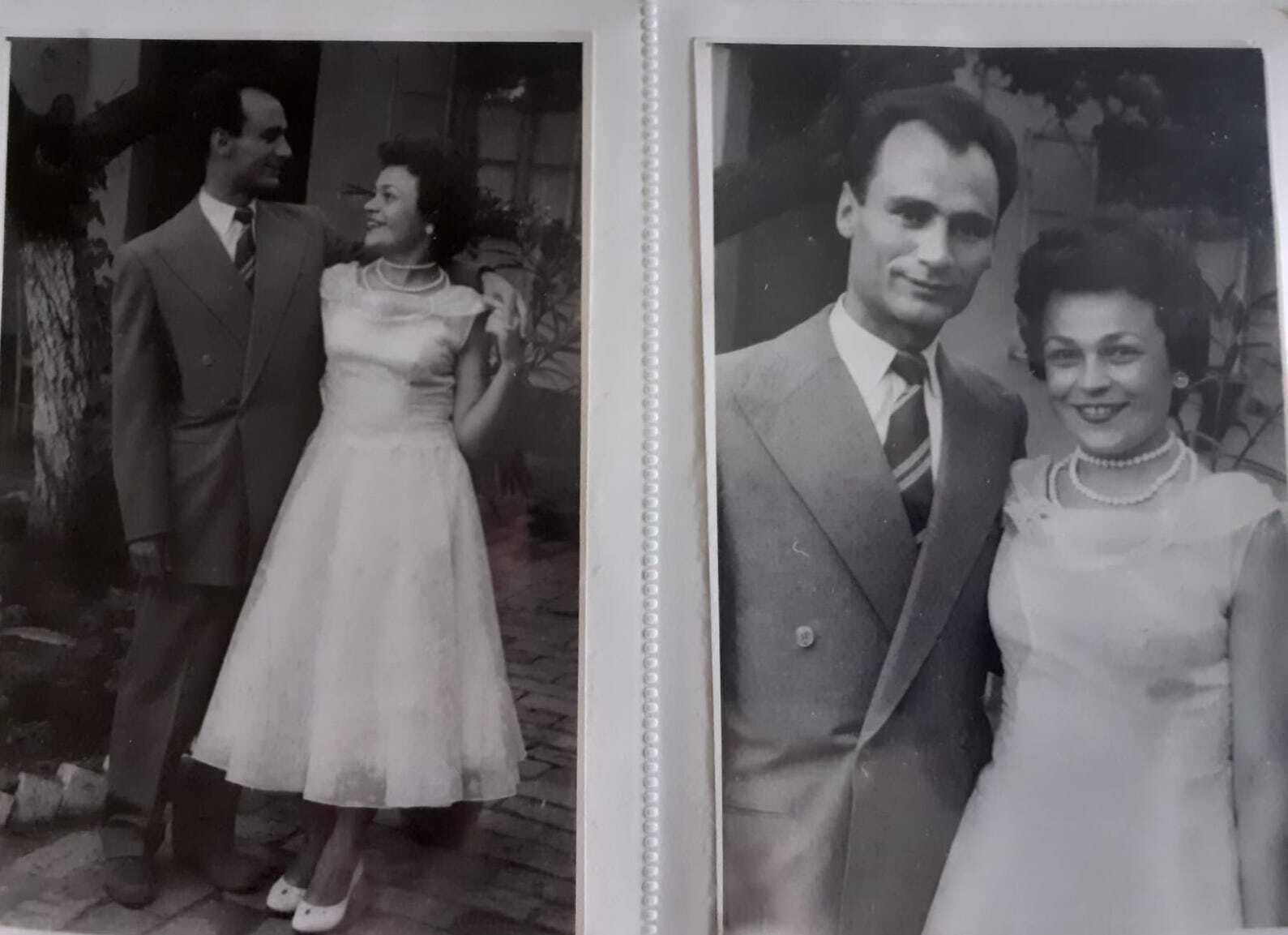 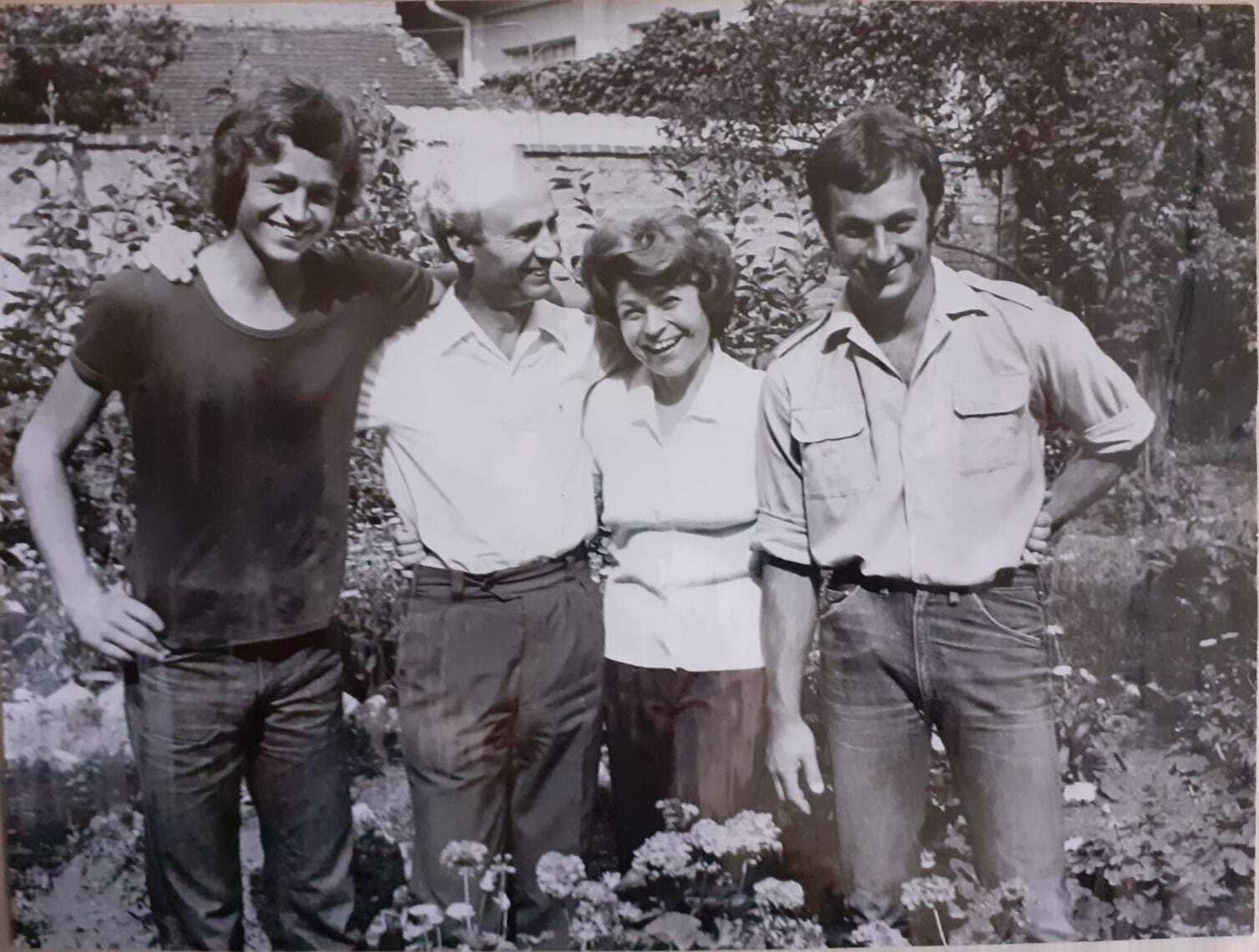 Military service has left trace on his daily routines: gets up early in the morning, shaves, does exercises (Men sana in corpore sano). Then he goes out for the groceries. And buys “Politika’” newspaper to read while having breakfast and cup of tea. When making tea, he makes one for his Radenka, then drinks her cup. Sweet expression how he misses her. After lunch, if the weather is good, he takes a walk around Tašmajdan park. He watches TV, mainly news. But sometimes he takes his pleasure in browsing old family photos. On Mondays and Thursdays, he meets his younger son for a coffee, and some days during the week with his grandchildren who are not kids anymore. He rarely sees his elder son but they are in contact, at least once a month.
Luka has a great passion for politics, to read the news and know what is going on in the world. He often talks about it with his younger son when they meet.

As an elderly person, he says that sometimes he feels like being discriminated because old age is often perceived as something different that brings incompetence. He does not find himself as incompetent, he’s just in an age. Sometimes when he goes to medical check-outs medical staff at Military hospital mocks him that at his age he lived quite enough and just write down prescript medication. He thinks that it is quite rude.

According to Luka’s opinion major role of elderly persons is to keep passing to younger generations knowledge, experience and traditions. Not all elderly persons are senile or semi-senile individuals and much can be learned from elderly persons.
Following his life experiences his message to the youth is to seize the day, use every opportunity that comes. Never to stop learning and keeping eyes and ears and minds open. To give their best in everything they do.

What learned from Luka is that life is like ones chooses to be. It is all up to us and it makes incredible stories.