On February 23rd 2020 I talked with my neighbor Miodrag G., in the community known by his nickname Gale. Our interview took place in his family home / apartment in Janko Veselinovic street in Šabac. He was very happy when I asked him to talk about his life so the European neighbors can meet him and learn about his picturesque life. We started interview in his daughter’s former room, now turned into his atelier, then moved to his living room so he can show me some photos on his computer and ended it in the kitchen where his wife Angelina, known as Anica joined us for a very warm and friendly, neighborly chat.

Gale is well known in the city of Šabac as an artist - accordionist, collector of traditional songs and painter. He got retired in 2013 but still is quite active in the community. 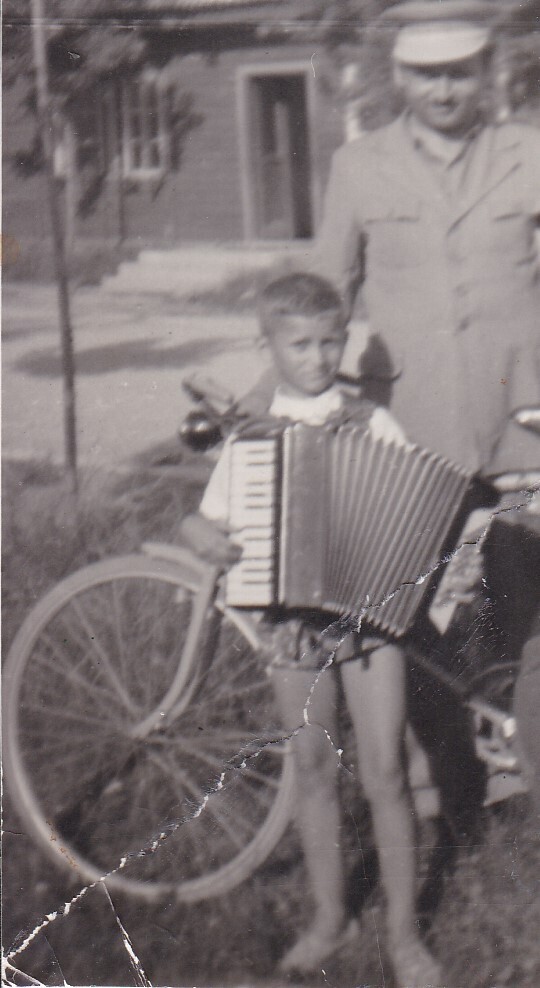 Gale was born in 1949 in the neighborhood known as Zorka Colony which does not exist anymore but was a home for over 300 children of Chemical Industry / factory “Zorka”. Nickname Gale he actually inherited from his father. His grandfather Živan was well-known flautist player and Gale noted his grandpa as a person from whom he inherited artistic talent. He also noted that his mum had a beautiful voice and it was pleasure to listen her when she sings. In the Colony he started playing accordion and actually began his professional career. He expressed his great gratitude to his music teacher and choragus, Russian native but emigrant in Šabac, Sergei Krasowski. Together with few kids from the Colony neighborhood, Gale formed his first orchestra and eventually they joined cultural – artistic association “Abrašević”, which was at the time known as “Zorka orchestra”. Later from that orchestra grew his band “Hurricane” and then band “Cvaka cvak” that performed throughout former Yugoslavia. After “Cvak cvak” with his friends he formed band “Sa-sa”. Recording of one of his performances is available via link https://www.facebook.com/100016508504662/videos/610182159542062/  It is a song “Small town by the Sava river” (“Mali grad pokraj Save”) and Gale is the author of the music. Beside playing with his band, he was teaching youngsters to play accordion and he is very proud of his protégées’ accomplishments. 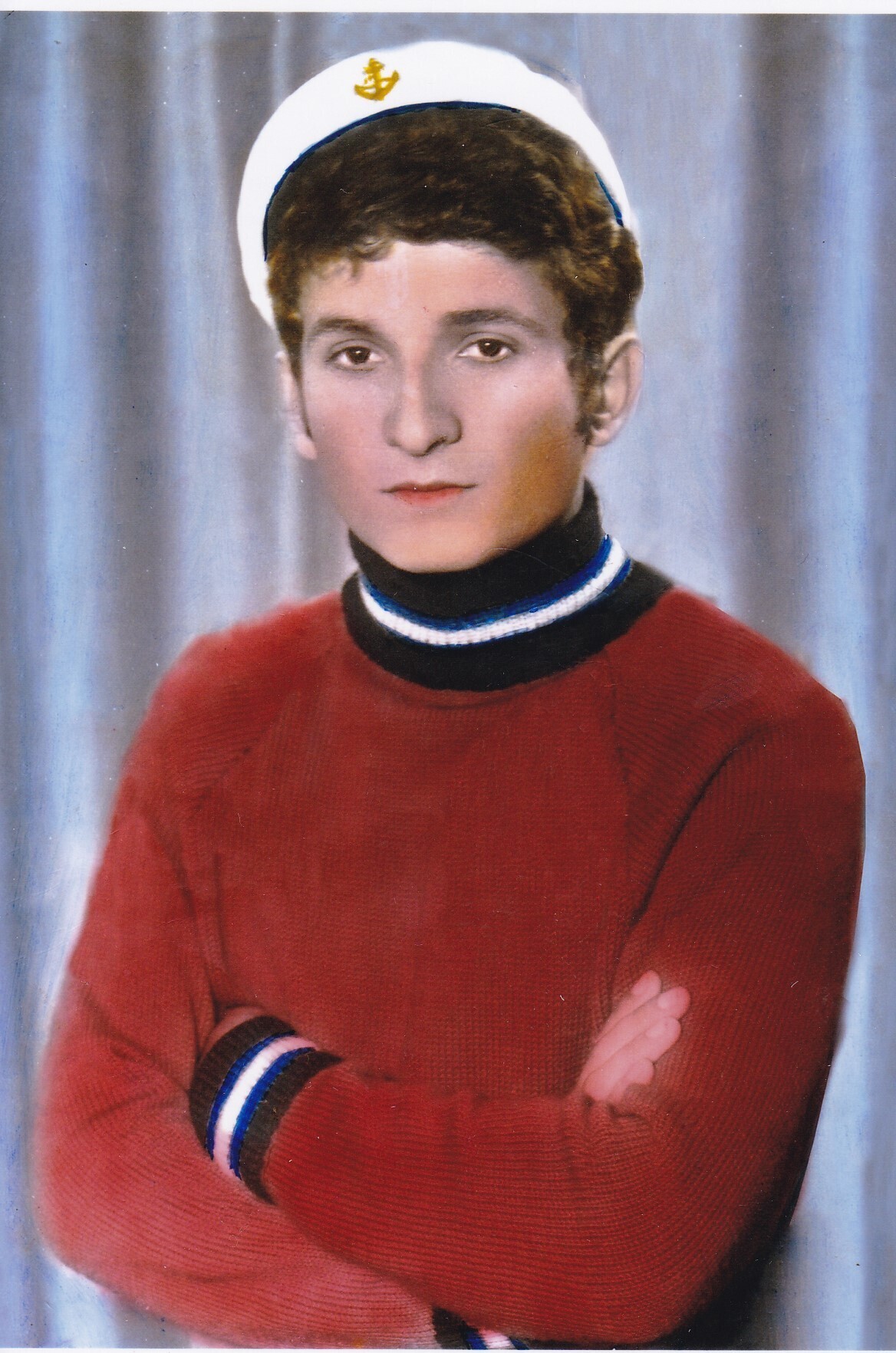 When it comes to formal education, after graduating from school he pursued higher education at Academy of pedagogy and got teacher diploma. However, he never worked as a teacher. His working life began as a porter in “Zorka” factory. Eventually was promoted to be officer for culture and education and then became consultant in Factory’s Union. His social and political engagement within Yugoslav Communist Party started in Pula (Croatia) but due to some misfortunate circumstances he was transferred back to Šabac. He said that many years later what he thought as misfortunate when he was younger actually turned out to be very good for him.

Gale collected over 900 songs and poems. He systematized them into 9 booklets which he also illustrated as since childhood he was interested in fine arts. First booklet he prepared and illustrated he named “Angelina” inspired by his high-school sweetheart Angelina, whom he married having daughter Gordana as their pride and joy.

When he retired, he stopped playing accordion. Yet, he still enjoys listening music on the radio as well as music of his four canary birds. Instead of music studio, part of the apartment where he lives with his wife became his painting atelier. In his retirement days, while listening music and painting he remembers his fine arts teachers – Novica Popović who introduced him to fine arts, Igor Balohlavek who gave him basic knowledge on painting techniques and Marinko Marković who thought him to be colourist and surrealistically express visions of history and old Serbia.

Gale is also proud of general knowledge quizzes, when his schools were always on the top. He also remembers his first publically successful caricature „Repetaš“. National Museum Šabac was hiring him to make drawings of archeological sites in Šabac region, which he remembers as sweet petty-money for him and Angelina to spend for their pleasure.

Constantly “behind” easel since 2012 he joined Association of fine artists of the City of Šabac. Return to his childhood love / hobby he made official by joining “Circle 10” (“Krug 10”). In this small group of his peers he became “boss”, irreplaceable in organizing exhibitions. His small circle of people with wide imagination gives him inspiration and motivation to be active.

At the age of 66 he had his first independent exhibition. At the first glance, it was retrospective exhibition of his paintings but more profoundly it was an exhibition of his dream of the country where people are happy. Among 50 paintings was the one he titled “Gate of scholar love” representing what he and his Angelina dreamt to be their life together. Mutual love, understanding and respect throughout the decades Gale (and Anica) find as the major force that was bringing light in their lives even when the times were tough.

Following his first independent exhibition, his art was presented in numerous collective exhibitions. His international debut was in Balaton (Hungary) at 4th International Exhibition of Miniature Paintings. Then one of his paintings “travelled” in Quebec (Canada) for another exhibition.

When Gale talks about his artistic career, although he was established musician, he finds it as it just began. Entering the Third Age he (re)discovered new joy, active, imaginative and creative. He puts it also on Facebook https://www.facebook.com/profile.php?id=100016508504662 Also, he administers Facebook page of his „Circle 10“ (Krug 10): https://www.facebook.com/krug10/ .

Although we live in the same apartment building, we actually met at „Circle 10“, where some time ago as an ethnologist I run a workshop „Thread painting “. To our surprise, it turned out that we are neighbors and since then he keeps up-dating me with various cultural and artistic activities in Šabac.

During the course of an interview Gale mentioned that his love Anica is now in the poor health and such a sorrow in the voice I never heard. Yet, she joined us at the course of the interview sharing the great hospitality. As they share their lives, she was reminding him about some details of their lives.

Our interview at their home lasted several hours but it was such a joy to spend time with such a loving couple and persons who radiate optimism inspiring me to wish that my Third Age will be so enjoyable as theirs is.