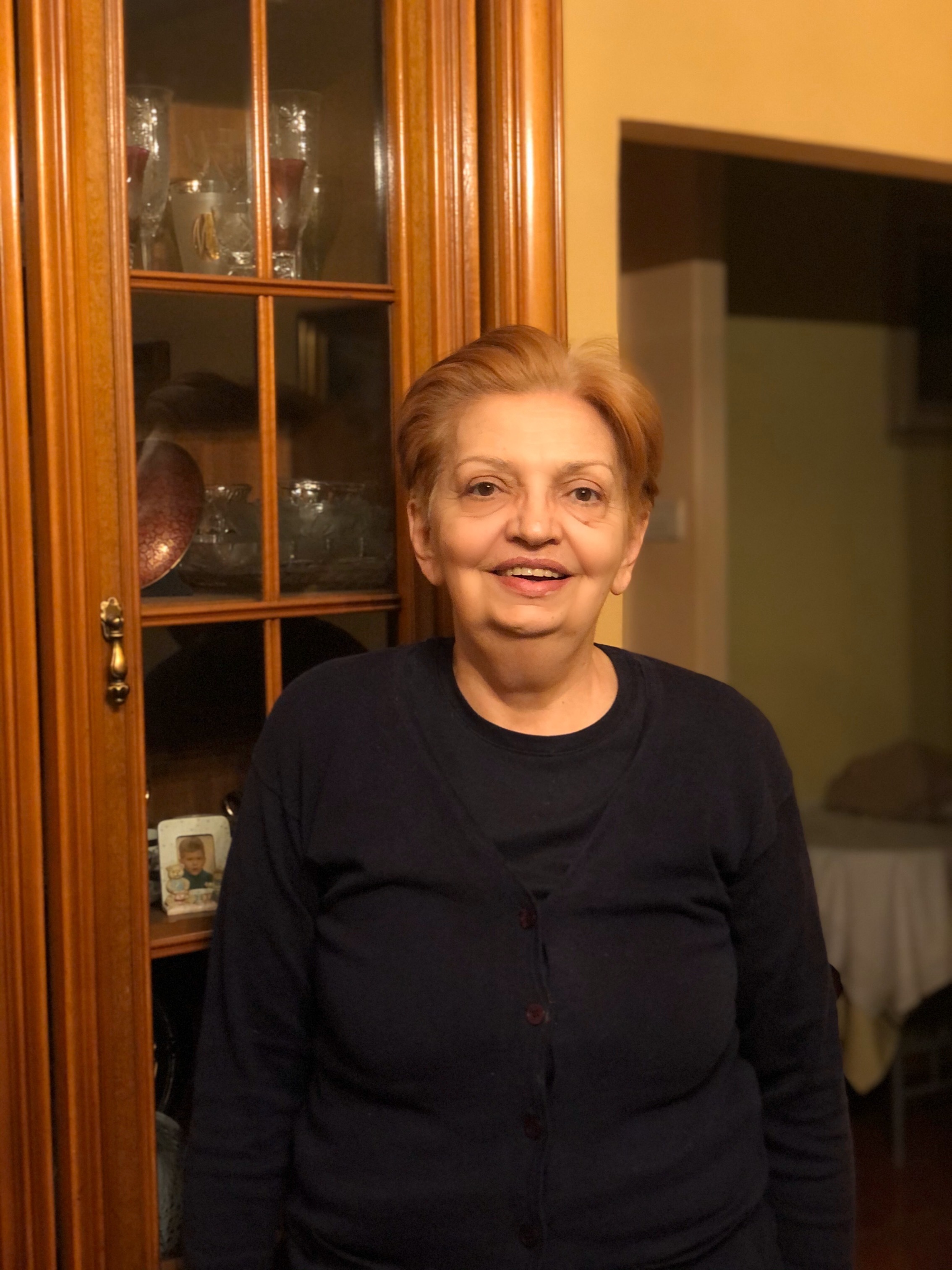 The interview was held on 6th of July 2020, at the apartment of the informant. The conversation was easy and the answers were clear, precise and concise- in the true manner of a teacher, which is Jasna`s profession.

Jasna J. was born in 1955. in Belgrade. She lived with her parents, and first five years with her grandmother as  well. After that, her younger brother was born. Her father was a construction engineer, and her mother was an economic technician. She doesn`t remember much from her childhood, except the fact that she didn`t like going to school and that she was taught to write with her right hand, although she is naturally left handed. To this day she writes with her right hand, and does everything else with the left one.

After finishing elementary school, she enrolled in a grammar school, and after that she attended Faculty of Philosophy in Belgrade where she studied History of art. Even then, finding a job after these studies was an uncertainty. She was ready to take that risk and her parents weren`t forcing her to study what was the most popular at the time- the Law or Economics. She did in fact face difficulties trying to find a job. So she worked as a kindergarten teacher, as a bank teller, at the Institute for the Protection of Cultural Monuments. But she finally found a job and herself as a teacher. She worked as a high school teacher for 25 years. She states that she never regretted studying what she loves because she is proud of her calling and her job.
She got married in 1983. Soon after,in 1984 they had their first son and in 1990. their second son was born. She met her husband while working in a kindergarten, where he worked as a kindergarten teacher as well. They managed to coordinate their work with family life quite easily, mainly because Jasna`s parents lived with them and helped. Her and her husband had more flexible working hours as well.

They spent summers at the countryside where her husband`s parents lived, usually combining it with going to the seaside. They couldn`t afford travelling abroad, but time spent with family is precious anywhere. Travelling has been her unfulfilled desire that she would like to fulfil in her retirement, but she is aware that the lack of money is an issue and not the lack of her desire.
Jasna often went to the theatre, to concerts, events, exhibitions, and she still does, so that did not change. 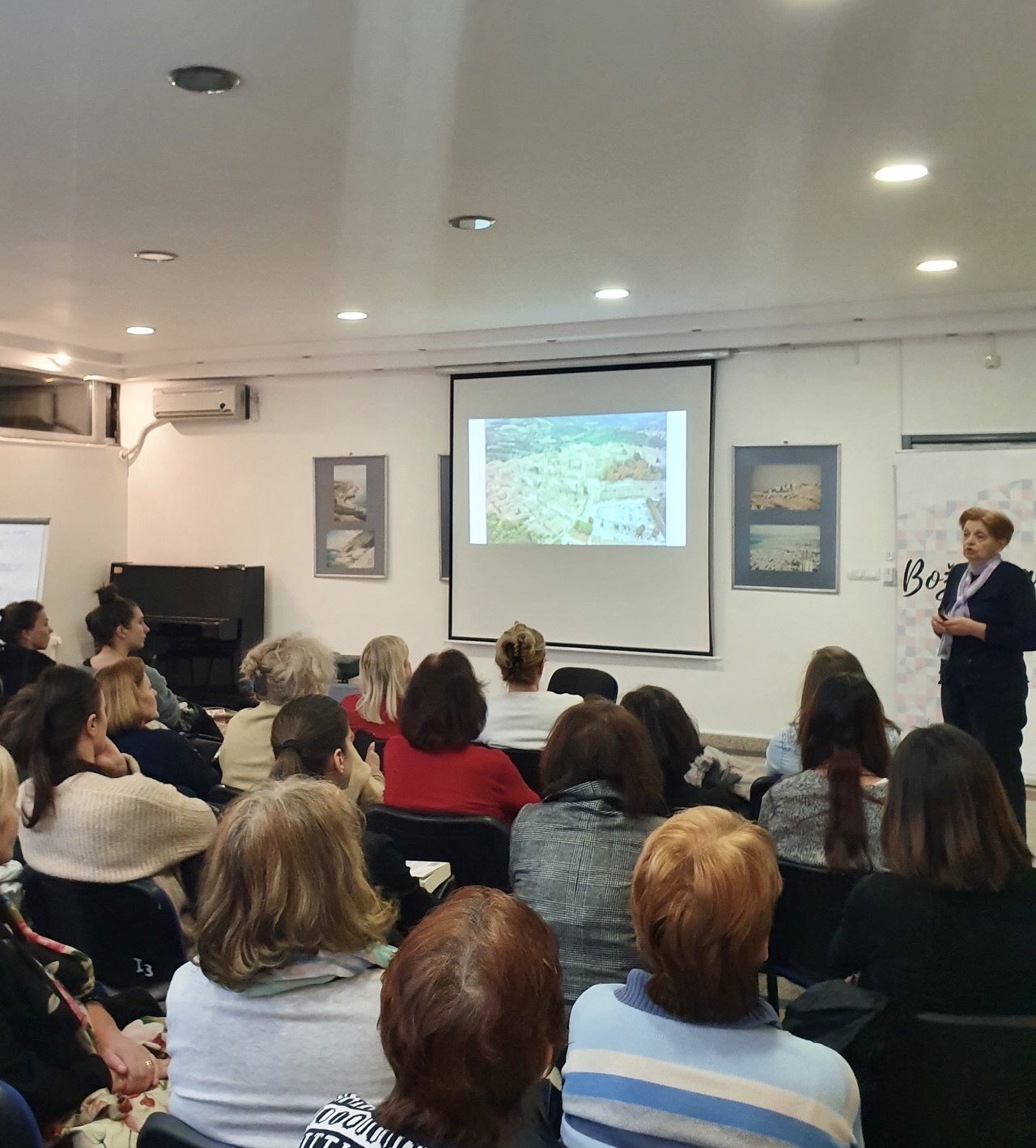 When she was young, she did not think about old age much. Her parents lived long, they died when Jasna was 50. That is the moment she sees as a turning point in her perception of death. She says she does not fear death as much as she fears powerlessness and that she will have to be taken care of, although she did that for her parents.

Stereotypes bother her a lot and she refuses to accept them. For example that the elderly had greater authority back in the day, that they were more respected. Even then- there were strict parents and the more casual ones, someone listened to the elderly, someone didn`t, same as today. People always talk about the fact that jobs are given by pulling the strings, but that happened in the past as well. Parents force some children to study something that is not for them,  while others let their children choose for themselves, in the past and now.

Today, Jasna lives with her husband, two sons and a dog, who is a recent addition to the family. She would like that her sons had moved away. Despite the fact that they work, they don`t earn enough to start living on their own.

Regarding her current everyday life, she says she combines work and joy. She is full of energy, eager to learn and spread knowledge. So, she is always searching for some honorary job. She teaches private lessons, and gives lectures at a cultural centre.
Jasna uses internet, mobile phone (although she refused to switch to a touch screen phone for a long time), watches TV- programs and quizzes. Although she reads book a lot, she doesn`t read newspaper and admits to being poorly informed about politics.

She believes that the elderly do have a role, that they can share their interests and passions with others. If they have grandchildren, they should be involved in their lives, but keep their personal interests as well. They should take care of themselves, but mainly mentally, while they accept that physical body is naturally ageing.
She hears various stories about unpleasant situations that the elderly encounter, but says that she did not have those experiences. Her problem is acctually quite opposite- she can`t get used to the fact that younger people always give up their seats in bus to her!
Jasna wishes to tell young people to stay healthy and to not waste time that goes by fast, as well as to always keep working on themselves.