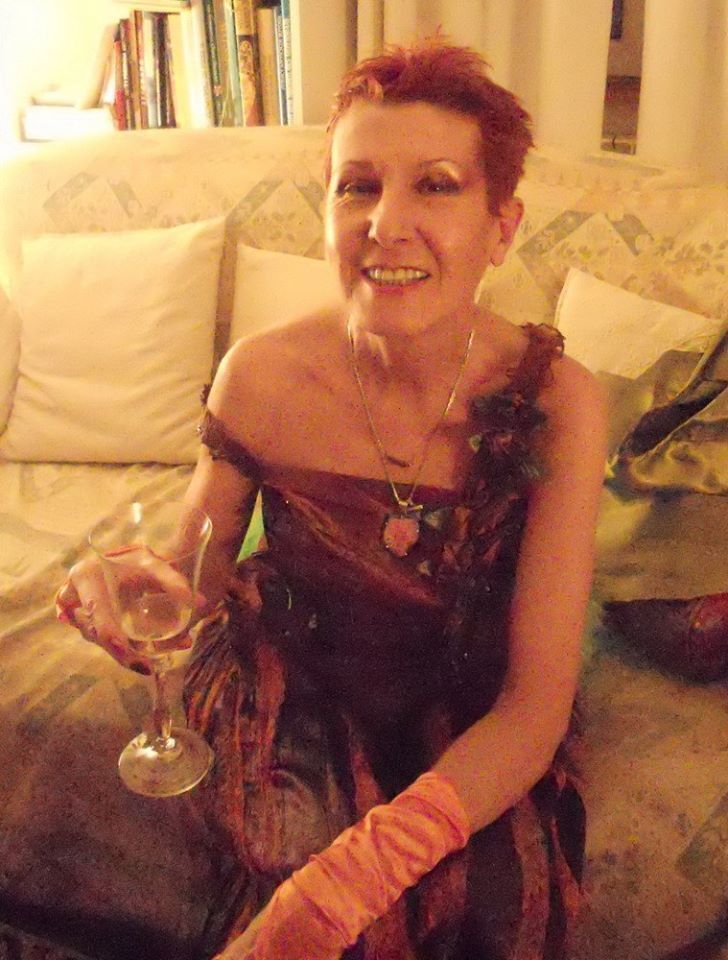 Each generation should discover own packet of joy!

Silvia M. S. was born in 1947 in Buenos Aires, Argentina. Her parents escaped during the Spanish Civil War from Catalonia. Her father Francisco was an entomologist and his collection of insects is now captured in Smithsonian Museum in Washington USA. Although her father died just before her 3rd birthday, Silvia is reminded through pictures going with her father in his hunt for bats in Argentina. She says that if she stayed in Argentina she would go to study natural science like her father. Her mother Maria was a biologist and Silvia spent her childhood living with her mother in the Argentinian province of Tucuman. Her mother meat a man Slobodan in a student dorm in Paris and he raised Silvia as his own daughter. They got married in Argentina and then mother sent Silvia all alone to Yugoslavia. In 1961 when her mother sent her to Belgrade to live with her stepfather Slobodan and his family. Silvia was 12 years old. Mother joined them three years later. Silvia remembers the trip because she had a paper that said that she doesn’t speak any language other than Spanish. She arrived at the Belgrade Airport three days before it was officially open for the First Summit of Non-Aligned Movement. Silvia says: “I have open the airport!” When she came to Belgrade, she started going to an elementary school called “Djuro Salaj” after a communist. That elementary school shared the space with a school named after a saint. Silvia says that it was possible at the communist time, now the school is called only after the saint. Her mother came to Belgrade in 1964 to investigate the sunflowers and started working in an Institute for biological science “Sinisa Stankovic”. At that time she was living with her father Slobodan, Silvia believed that every child shared her destiny. In Belgrade, she saw the shows for the first time in her life. Her father died in October 2019 at the age of 96 and her mother died 2011. Silvia has a brother, Aleksandar, who is now living in Barcelona with his family and works as a doctor pulmonologist. Her brother Sasha, which is his nickname, is Silvia’s best friend. 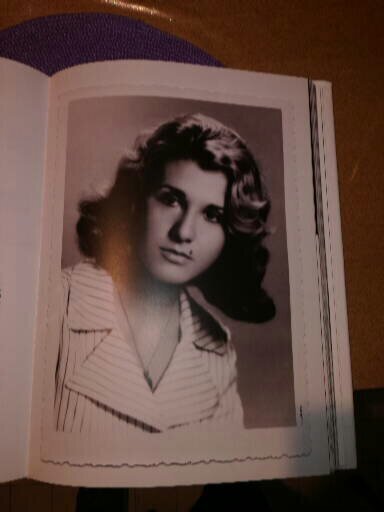 Silvia met her husband Gradimir when she was in high school and he was on faculty. They had their honeymoon in Argentina. It was still a time of dictatorship regime there. On that trip, she managed to meet with childhood friend Mariano whose family also escaped during the Spanish Civil War. When they were kids in Argentina Silvia thought that soon as she turns 18 she was going to marry Mariano. However, her mother sent her to Belgrade and changed the course of Silvia’s destiny. When she met Mariano for a drink on her honeymoon, he was very interested to know about socialistic self-management in Yugoslavia. They made an agreement that he is going to take Silvia and her husband to a famous disco called Cheops, but Mariano never showed up on at the meeting point. Her husband joked that she must have tired him with ideology. Later they found out that he was kidnaped and killed by the regime. She says that it could happen to her as well if her mother didn’t send her to Yugoslavia. With his husband Gradimir Silvia has a son Vuk and a daughter Sandra. Both of them are now living in Argentina. 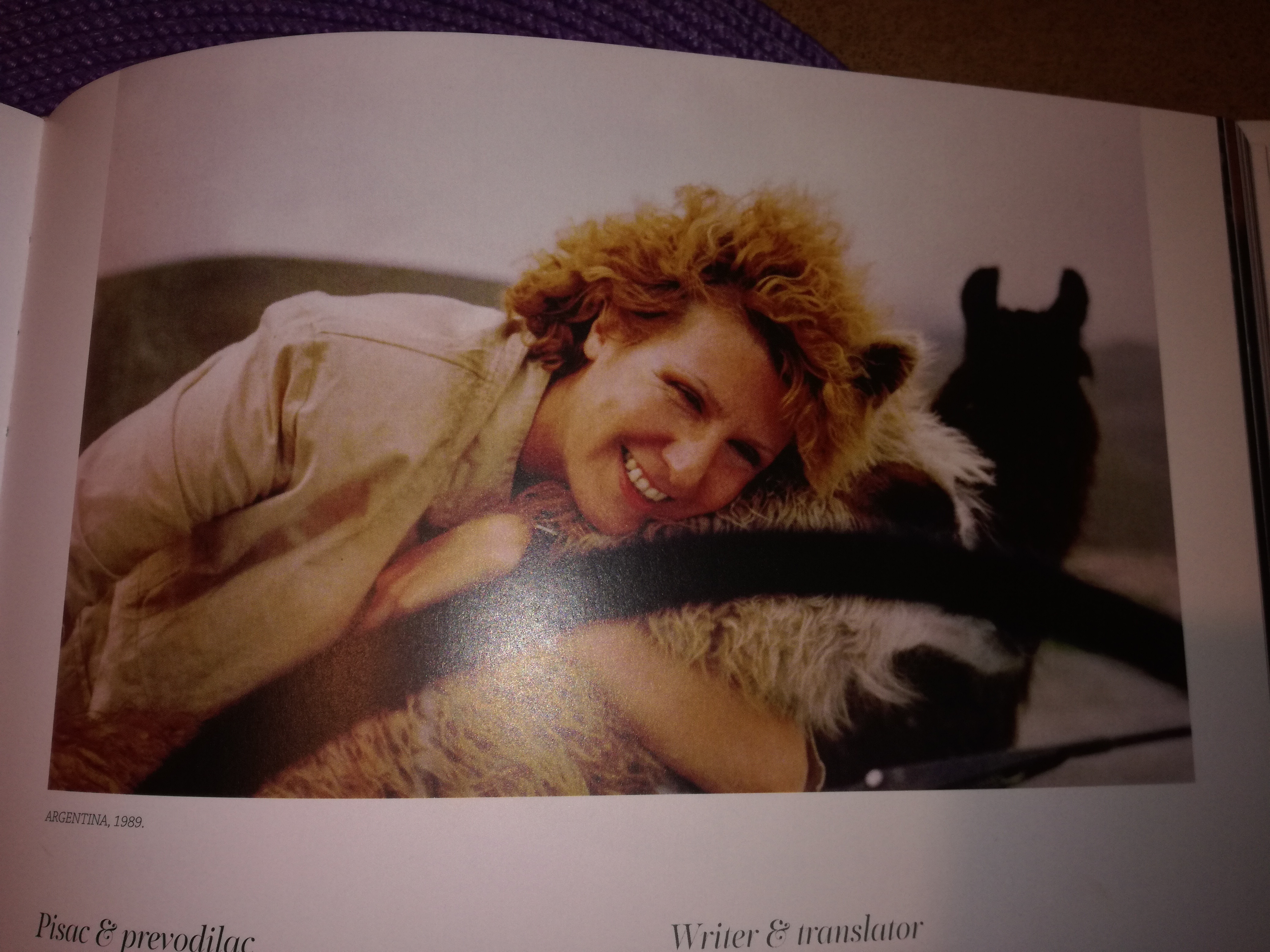 For her entire life Silvia have worked as a freelancer. She says: “I have never liked wearing nylon stockings. The only time when I needed to wear is when I was at a parent meeting when my children were in school.” As a freelance interpreter, Silvia was working for the Yugoslavian delegation in the Non-Aligned Movement. It wasn't easy to translate into such a big event. For example, when they were in Pyongyang at three a clock at night a colleague said that she is hungry for some muffins and very soon local staff comes with the plate full of muffins. Silvia have visited North Korea, Indonesia, Tunisia, Angola, etc. Yet, she says that she doesn’t think too much about her youth, as she was never thinking about old age when she was young. She says that even though she was growing up in the era, she was never “a child of flowers” and never liked the music of Bob Dilan.
Comparing the position of elderly persons in the time of her childhood, Silvia says that back then there used to be some order. Nowadays parents are just snapping pictures of their children, but no one else is making photos. She wonders if children of today are going to remember something or everything is going to be online for them. That’s a huge difference between parenting now and then. “We were a ‘slower parents. Global society is changing very fast. I still love money in paper instead of cards, photographs instead of jpg, etc.”
Silvia was taking care of her father Slobodan until he died last October at the age of 96. She was always thinking of him as her real father because he truly raised her and she doesn’t really remember her biological dad who died when she was very young. Her husband Gradimir also died. Silvia always wanted to have two children “If I make a mistake with one, the other child can be a support.” She says that she really likes Aboriginal custom - when they don’t have enough strength to take care of themselves selves they simply stop breathing. She says that maybe it is also time for her to make a place for someone new. 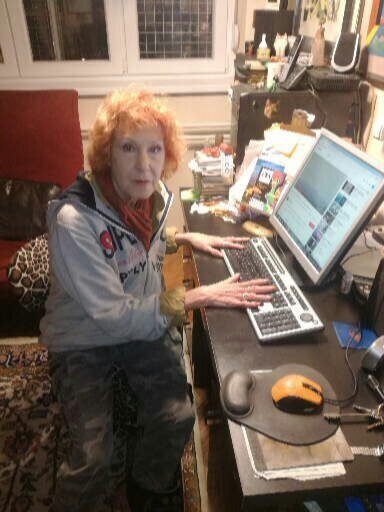 Yet, Silvia does not perceive herself as an old person because she can still read, travel, etc. She says that everything she wanted to do, she did right away, but she doesn’t like the idea of recycling herself.
She does not feel alone. She has two cats, she calls them Egg-white and Yolk. Her friends call them Scrambled Eggs. Almost on a daily basis, though via Viber, she participates in life of her daughter Sandra who lives in Patagonia. Also, she often chats with her son Vuk who lives in Buenos Aires.

Her pension, which she earned as translator, allows her humble life. She still works as Spanish language translator and interpreter. Sarcastically noting how big are honoraria for translations, Silvia says that sometimes she feels like she is the one to offer publisher a crying shoulder, instead of agreeing on minimal fee. She says that she worked her entire life and does not intend to stop now. She translated into Serbian “Hopcsotc” by Hulio Cortasa (Skolice \ Rayuela), “No One Writes to the Colonel” (“Pukovniku nema ko da pise”) by Gabriel Garcia Marques, “Captain Pantoja and Special Servia” (“Pantelejmon i posetiteljke”) by Mario Vargas Llosa, etc. She says: “I am still translating novels and I will probably be doing that as long as I live!” Silvia also prepared for publishing correspondence of significant Serbian artists Olja Ivanjicki and Šejka. Beside her work as translator and interpreter, she was presented in “Serbian Book of Stylish Women” published by Zeppter Books.

Since she lives next to Belgrade’s Kalenic green market, going to the market is a hobby for her because there she catches up with novelties and gossips not only from the neighborhood but also from lives of venders. That is her major source of information of any kind. She has a TV but does not watch, sour tree grows on its top. She reads daily newspaper Politika, which she finds to be still the most respectful newspaper in the country. Sometimes she has fun looking for grammar errors in articles and everything she reads.
Silvia says that her motivation is in between Zen Buddhism philosophy and her zodiac sign Cancer. “I like to make some kind of audible silence.”

Old people are buggers. They are the ones who could pass knowledge but also there are buggers. Sometimes, lovely buggers, though. One can see if someone grew up in loving family and that should be the role of elderly, to help providing loving environment for the younger, to love them unconditionally. The old persons should open young people to the world.
As she does not feel as an old person, Silvia says that she never felt discriminated. Yet, if someone by chance makes a rude comment because of her age, she curses back in Spanish. She loves riding a bicycle and enjoys comments such is “Mind Granny on The Race!” (“Baba vozi reli!”in Serbian”) and she replies with a smile saying “Watch out, I have no mercy” (“Pazi, gazim!”in Serbian).

Silvia says that young people are often disinterested in what she has to say. Hence, she has no message for the younger generation. Anyway, the message would be old news. She thinks that each generation should discover own packet of joy.

Talking with Silvia, whom I accidently met, was so inspiring because she is such a positive person. She does have a Facebook profile, but didn’t talked about it except from giving me permission to download some of her photos. After the interview on the Internet I tried to find her fathers’ entomology collection but couldn’t due to limitations on Smithsonian websites. However, there are online information:
List of published Silvia’s translation is available via link