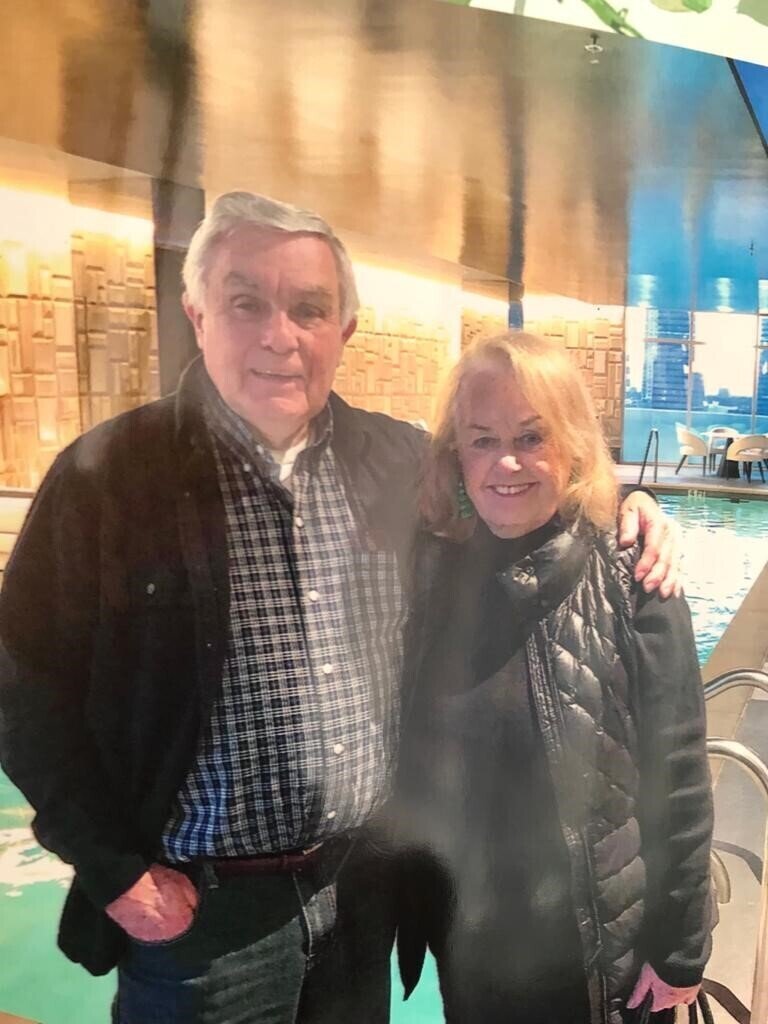 Rose-Marie, called Rosi, grew up in a small fishing village in Schleswig-Holstein.

Her father Paul is a Marine Officer and her mother runs a small local stationery store.

Despite the war, Rosi has a carefree childhood, mostly playing outside by the pond, collecting shells and building sandcastles with friends from the area. During the day and after kindergarten, the grandparents take care of Rosi, since her mother is busy in the store.

Rosemarie learned early on to take responsibility. After kindergarten and later after school, Rosi already takes on small tasks in the store.

In 1944 her brother Peter was born. And Rosi is glad and happy to be the big sister.

Since her father is rarely at home, Rosi likes to take care of little Peter. She does not feel something like jealousy, but is rather proud of her new task.

She starts school at the age of 5 and has got used to the new daily routine with fixed tasks very quickly. The proximity to the sea is a gift for Rosi and when she is sad or when nobody has time for her, she plays in the sand and mud and everything is fine again.

Rosi and Peter love their father very much and enjoy the time with him when he has shore leave.

It is still war, but the children hardly notice anything.

Rosi notices however that the mother often reacts sad and irritable. Rosi thinks it's because of the hard work until she realizes that her father, the naval officer, is not so loyal and that's why the mother is so sad.

But then Rolf comes from Darmstadt to the north. He is a television and radio technician by profession. Shortly after the war he travels through Germany from house to house and offers his services.

He also rings the doorbell at Rosis' mother's house. She has no broken electrical appliance, but a broken heart.

And here a love story begins. Rolf raves about his beautiful house in Darmstadt and his electrical store. With his charm and talent as a salesman, Rolf can convince his mother to move to Darmstadt with him and the two children to start a new life with him.

Rosi is 9 and Peter 5 years old. Neither of them actually wanted to leave their village, but the mother gets beaming eyes when Rolf tells her about the big city.

So they went for 3 days, loaded with the most necessary things, from the Baltic Sea with a tricycle to Darmstadt.

Arriving in Darmstadt, Rosi understands for the first time what war means, because the house in Darmstadt has been smashed to pieces by a bomb attack and only the cellar is still halfway habitable.

The foster father Rolf soon turns out to be a strict authority. The two children have to grab, knock stones, drive away rubble with a handcart and similar things. The carefree childhood in Northern Germany is over in one fell swoop.

The stepfather has very specific ideas about what the future of Rosi and Peter should look like. Rosi attends the upper commercial school in Darmstadt and is to become a secretary. Peter is to learn the profession of an electrician so that the two of them can later take over the electrical business in Darmstadt.

Both follow the advice of their stepfather. Although Rosi does not enjoy office work, she successfully completes her apprenticeship and so does her brother. But both siblings suffer a lot under the strict authority of their stepfather. But a return to Northern Germany is also impossible, because the stepfather Rolf has completely broken off the contact to the biological father and also forbidden it.

Well-behaved and without grumbling the two fulfill their tasks, because they do not want to burden the mother even more.

At the age of 18 years Peter gets a study place with a scholarship in the USA and has not returned to Germany until today. He successfully completed his studies and got married and started a family there. The reason for this is not wanderlust, but because he no longer wants to bow to the strictness and authority of his stepfather. The close contact to Rosi has remained until today. She is godmother to his daughter and both visit each other regularly.

Rosi continues to work in the stepfather's electronics store, but she is very unhappy with this activity.

In 1959 Rosi gets an offer to help out at sports events of the DRK on a voluntary basis.

She noticed that working with people gave her much more pleasure than working in an office, and she was able to convince her stepfather to allow her to continue her training as a nurse. But there are already enough nurses during this time.

We are looking for midwives and here Rosi has found her vocation. During her training, Rosi moves from Darmstadt to a nurses' home in Heidelberg, where she shares a room with three student nurses.

But everything is better than living in Darmstadt with the tyrannical stepfather and working for him. Rosi revives again and looks forward to every assignment every day. Day or night shifts are no problem for her. She doesn't know anything like work-life balance. She is very happy with what she does.

Rosi learns very quickly and is one of the first midwives who is familiar with ultrasound technology. The gynecologists at the Heidelberg Clinic hold Rosi in high esteem and recognize her potential and her responsible and reliable manner.

There is a gynecologist there who is building a new modern maternity ward and he offers Rosi a permanent position as an obstetrician with pregnancy counseling at the clinic.

She agrees and moves into her first small apartment in Heidelberg. Because of the hours of work, Rosi has very little private time, but that does not bother her. She has found a circle of friends within the nurses and midwives and that is enough for her. She gets along well with her colleagues and helps wherever she can.

In the summer of 1975 she and some other colleagues are invited to a birthday party at a dentist's in Miltenberg. It is a very nice party, but that it could become more than that does not occur to her. Apparently, the doctor Uwe immediately has an eye on Rosi, but she doesn't notice anything. Uwe gives another party in a smaller circle and can get into conversation with Rosi. With his cleverness, his good manners and his height of 1,93 m Rosi has become weak after all and it didn't take long until he got married.

Rosi continues to pursue her profession, because she wants to remain financially independent.

The doctor has no problem with this, but finds it a pity that the time spent together is very little.

Through him, Rosi finds acceptance in the high society and feels very comfortable and recognized. She remembers very fondly this time and the wonderful vacations together. Unfortunately, their desire to have children remains unfulfilled. In 1990 her husband died suddenly during a vacation with friends in a diving accident in the Wörthersee. He is an experienced diver and the exact cause is still unknown. (probably heart failure) Rosi is deprived of her livelihood from one day to the next.

After she has come to terms with the shock to some extent, she decides to leave their house in Miltenberg. The doctor's property is given to the sons from her first marriage and Rosi receives a widow's pension.

In order not to be constantly reminded of her grief, Rosi moves back to Darmstadt. Her mother and stepfather are now in very poor health and Rosi takes over most of the office work and the organization of the electrical store. Additionally Rosi works for a lawyer in Bensheim. Her commercial training has helped her in this.

1995 the stepfather falls ill with dementia and the store and house have to be sold. As always Rosi has taken care of all these things. In gratitude for her efforts Rosi gets a 3-room apartment here in Bensheim-Auerbach signed over by an aunt. In 1996 all three move back to the Baltic Sea into a small house. The stepfather died in 1998.

After a fall in 2010 her mother also became in need of care and Rosi took care of her until her death in 2016. During this time she finds distraction only with a few lovely friends and neighbors from the area, and every now and then Rosi goes to the apartment here in Bensheim and looks after things.

After the death of her mother, Rosi has also sold the property in Northern Germany. Rosi paid the proceeds in three equal parts to her brother, niece and herself.

In 2017 Rosi became my neighbor and I thought to myself, what a "cool older lady" or "old age can be beautiful too". I did not know her life story at that time.

Conclusion final consideration: To my first question, how she mastered all this and where she got her strength from, says Rosi:

"I have always listened to my conscience and done what needs to be done." "I have never struggled with fate, but rather lived by the motto: "If life gives you a lemon, make it an orange. I have experienced happiness and strength through my professional activity. To help a new person into life is something wonderful."

To my second question, how she deals with age, Rosi answers literally:

"Except for my married years, now is my best time. After also the two cats my mother died last year in a high cat age, I am for the first time in my life free and independent and can do and leave what I want.

Rosi has bought a chic Mercedes SLK and drives around the country and visits friends and acquaintances. She hopes to stay healthy and fit for a few more years. Rosi is very thankful and is also aware that despite all the lows she has had a lot of luck in life.

Without the pension and the inheritance of the apartment here on the Bergstrasse, she would not be able to live her old age so carefree.

I wish Rosi with all my heart that she will stay healthy for a long time and that she will be able to do many more tours and visits with her SLK. And next, I wish Rosi that the flights to the USA to her brother will soon be possible again without any problems. It's great to have you as a friend!

Thanks for your openness.