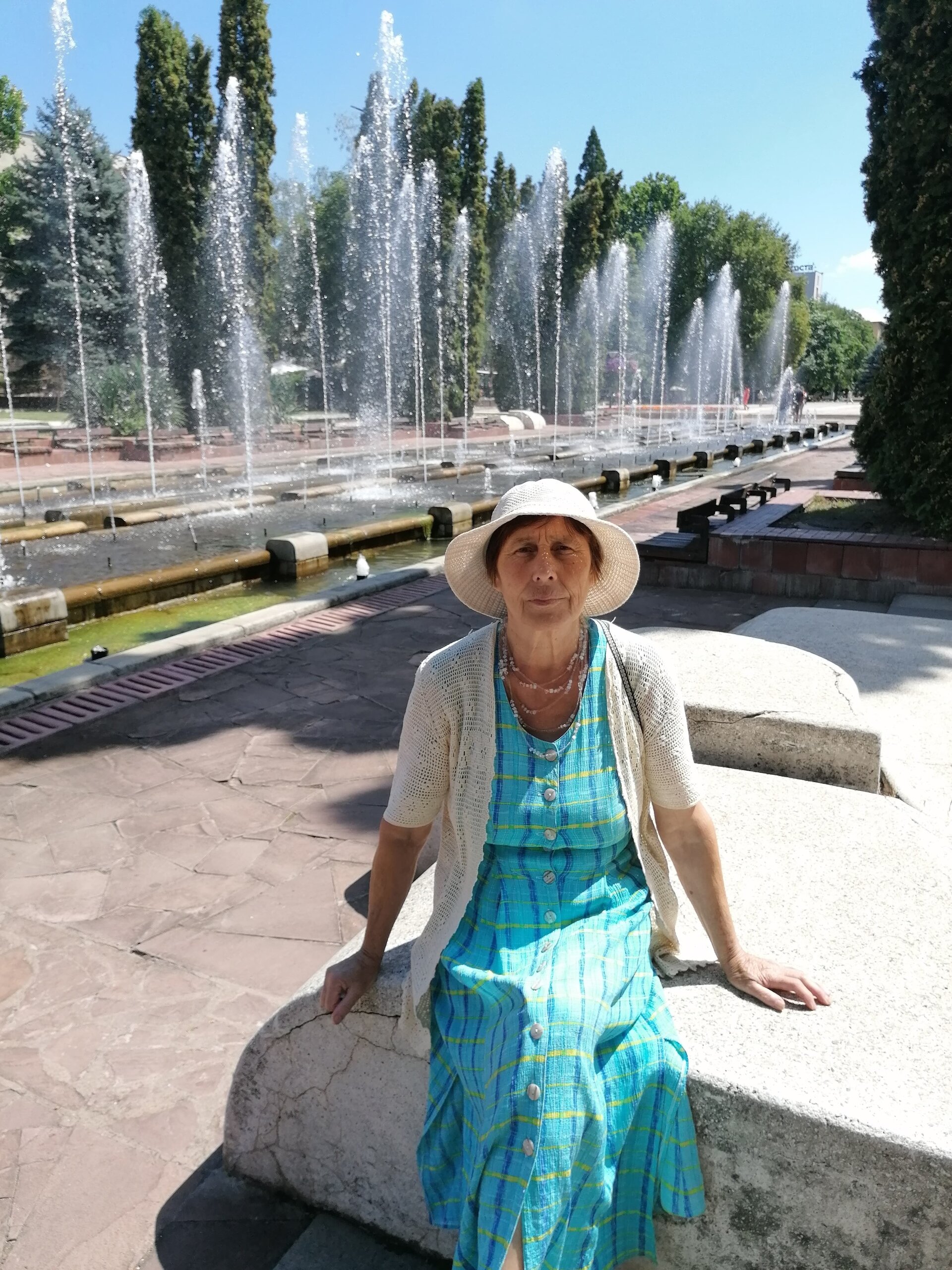 Rositca grew up in a small family – her parents and her sister. She remembers her paternal grandfather who did not live with them. Their family lived like all people at that time, togetherness was at the core of family. Her parents were hardworking and taught her early on to help with the household and the garden.

Rositca has a secondary education, she finished a specialized food industry school. Then, she worked for many years as a technologist and head of a canning factory laboratory. At 21 years of age she got married and had two children – a boy and a girl. Almost every year, they spent their summer holidays at the seaside or in the mountains, rarely they travelled around the country. The family lived in a house with a garden where they maintained flower and vegetables sections. Later, they moved to live in the town of Montana. The last years prior to her retirement, she worked as computer specialist at an accounting department of a Montana company. Her children were very well educated, even her son worked and lived a few years in Germany. She has three grandchildren, all of them boys, who are already making their own living.

What were you thinking about old age when you were young?

The people from her parents’ generation did not have a good education. However, they gave a hand to their children with whatever they could because they were convinced in the value of the education. They trusted their children in their choices concerning education and professions. Everyone studied what they wanted. The parents did not interfere with their children’s choices. Education was accessible because it was free. Entire families lived together, the younger people appreciated and respected the elderly ones in the family, helped them in the household and agriculture. She was brought up and lived in a village where she saw many young people to help their parents. As back then, in rural areas most people made their living with agriculture and livestock breeding. Young people listened and paid attention to their parent’s advice.

“When I was young, I thought the old age is so far away in time! Though, my life went on so fast.” Her husband became ill and passed away early in their marriage. So she had to take care for their children and succeeded with the support and help of parents and friends. Already, the children have professions and are walking their own paths. Her daughter is married, the son not yet.

“I accept retirement normally, as a well-deserved rest. I worked for a few years after retirement, for two reasons: the small pension I got did not satisfy me, and I still felt young and strong at the age of 56 when I retired.”

Her husband’s father passed away early on, though her mother-in-law lived up to 90 years of age. However, she supported them in the upbringing of the children and they took care of her in her later years.

She regularly watches TV – news, sitcoms and musical programs. She used to work on computer in her work and nowadays she continues, as well as other technical tools and internet. She thinks that most people her age do not make use of the modern technologies, but there are some that are doing fine with it. Lately, computer courses have been organized for retired people in order to communicate with their children and grandchildren.

Rositca lives with her son in one apartment and they get along very well. Sometimes he surprises her with a breakfast, serving her German specialties. Her pension is very small and quite insufficient. She takes care for her health through healthy living and does regularly her health checks.

She has a lot of friends and meets them every day over coffee and for a walk. She visits the theater and concerts that take place in the town of Montana, though rarely goes on vacation due to financial reasons.

“Every good cause could motivate me – for example: volunteering, protection of the environment. I love gardening and taking care for the flowers.” She has a daily communication with her children and grandchildren. She keeps herself fit and physically active by walking many kilometers every day. Also, she supports and helps her friends in their vegetable and flower gardens. Other friends introduced her to the honey production and the care for the beehives which she found very fascinating. She gained enough knowledge and is considering to commit more time to this activity and manage it by herself.

“Pensioners have gained a rich life experience that they can pass on to children and grandchildren. They usually help raising their grandchildren as they are much calmer and more balanced and the children feel good with them. Retirees want to help, not to be a burden to their children. They can transfer traditions and knowledge based on live experience.” Especially, the elderly people in the villages work in their flower and vegetable gardens and feel useful. However, their small pensions do not allow them to be independent; often they do not have enough money to purchase their medicines. Due to that reason, they could not afford to go to sanatoriums. Only if their children support them financially, they can manage to go. That is not fair as they have worked all their live and deserve a better life in old age. Rositca feels that the media do not represent the real problems of the elderly people as they report only criminal cases. A lot of the pensioners could show off impressive skills in one area or another, to participate in amateur groups, in volunteer initiatives. They deserve much more.

“To educate themselves, to follow their dreams, to mature as good people and bring up their own children in similar values. Also, they have to respect the elderly people, as they will grow older one day.” She thinks that the society has not done enough for the health and the comfort of the pensioners, it owes them a lot more.