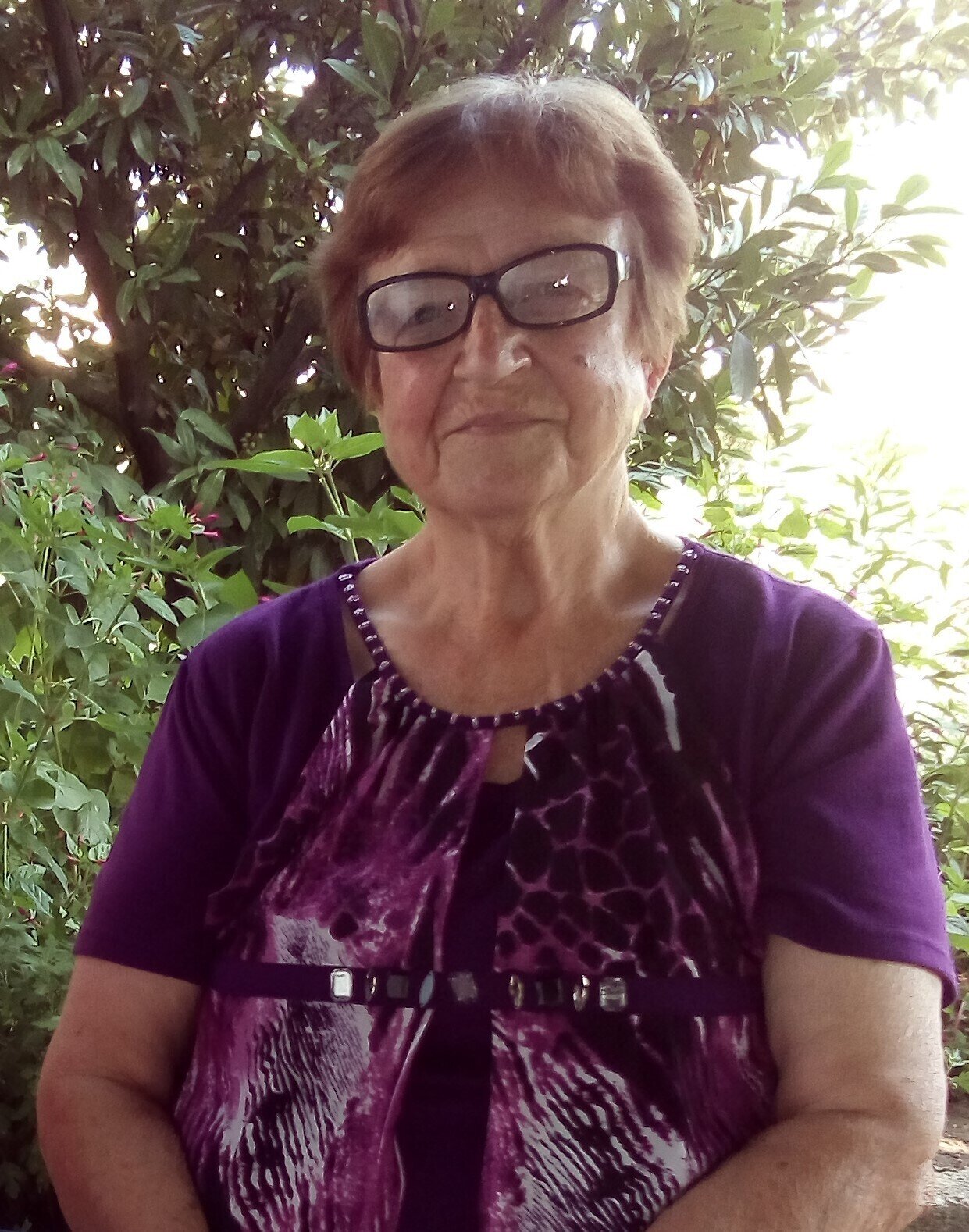 Born in 1943 in Karavelovo village, Bulgaria.

Radka B. was born on October 08th, at home in Karavelovo village with the help of a midwife as there was no maternity hospital. Initially, the big family lived together – her parents with her and her sister, their grandparents, uncle, aunt and cousins. Then, their own family moved out to their old house in another neighbourhood of the village where they lived untill she started high school.

Radka went to study eight grade in Karlovo. Next year, her father suddenly passed away at the age of 45 and she left school because of her mother. As a young person she was in love many times, had a lot of suitors but always found some flaws. Meanwhile, she was aware that she is not perfect either. Thus, she thought that she would either stay an old maid or get married without love. The latter materialized when she married a young man from Karavelovo village but never regreted her choice. They got married on April 15, 1963 when she was already a student at the evening college. She worked regular shifts, went to an evening school and came back home with the second shift workers.  After two years study she left the college because of the birth of her son. After six years her daughter was born. She became a member of the Bulgarian Coomunist Party at the age of 20 and still is.

As a girl, Radka used to do sport shooting in the sports club at “Vazovski Mashinostroitelni Zavodi” (VMZ EAD) Sopot. The club travelled a lot within the country and abroad for championships. She took part in many national championships and received many cups, orders, medals. She was working, studing and doing sports.

Her first workplace was “Vazovski Mashinostroitelni Zavodi” (VMZ EAD) Sopot. The Bearings unit was not established, yet. She was one of its founders and worked there for 10 years. Simultaneously, she continued with the sports and became a coach in sport shooting – she was both a coach and a player. These were her best five years. The organized sport camps lasted for a month, the trainings were held at Pancharevo lake (near Sofia). Radka was very good and got an offer to join the CSKA team (professional team). However, she already had two children and her mother could not have managed to take care for them. The sport club proposed to arrange for the entire family to move to Sofia, but she rejected the offer.

While working in the VMZ EAD, Sopot there was a practice to move to different units for a month to support the respective teams. That’s how she got an offer to work in a school in Sopot. She has twenty years expereince working in several schools. She graduated from the economical college in Klisura and worked there till 1996. After her husband became seriously ill, they moved out to Karavelovo village to live with her mother. Radka continued to work at the Karavelovo municipality in the department for military reporting office where she retired.

“We age physically but mentally we feel young. We are in contact, I initiated a Pensioners’ Club. We created “old city songs” ensamble and live very well together. We participate in contests and festivals with the ensamble and win prizes.”

Her pension is not a big one, as she was working in government owned enterprises reling on the state budget. On monthly basis she spends 50 euro only for medicines. The spiritual food is the most important – they travel and took part in festivals with the ensamble for “old city songs”.

Which media you consume in everyday life?

She reads all the time, also newspapers, watches TV and listens to the radio.

“Mostly, I am motivated by the joy of the children! During the weekend when they come, they play freely in the yard.”

“After all, retirees are the backbone of the family. To take care for the grandchildren, to help our own children any way we can. To transfer knoweldge, skills and expereince.”

“Now, the young people are much different. They haven’t lived through what we had. We have been living through two centuries. My message is – Respect the elderly people!"