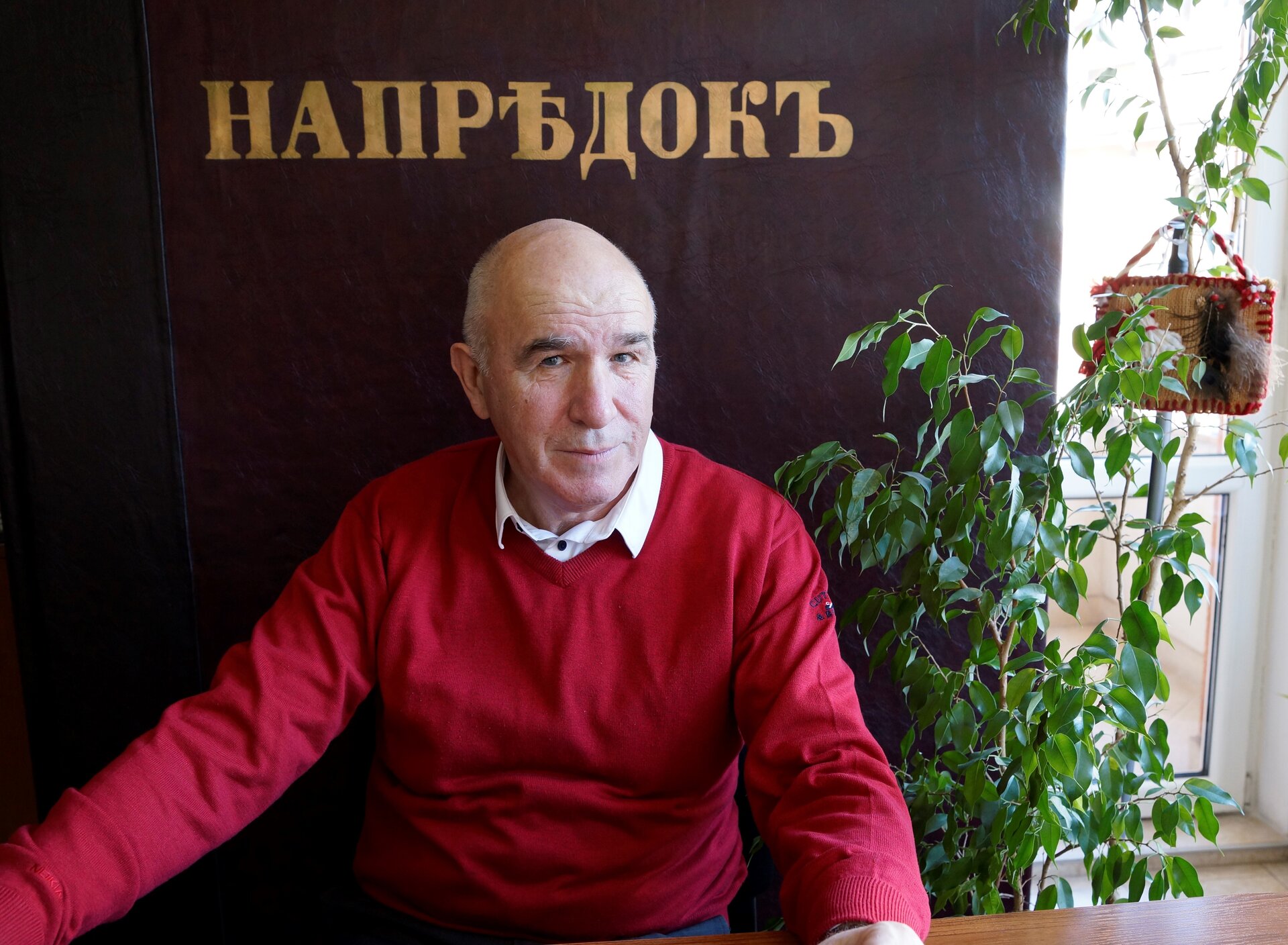 The first 5 years of his life, he lived with his parents and his elder brother in one room in Plovdiv. Then, the family moved to Asenovgrad and lived under the same conditions till he was fourth grade and they settled in an apartment. Then, the brothers shared one room. His memories about his childhood were very cheerful, as they played and did sports a lot back then. He was a sports person and among his childhood friends many became national and vice world champions. After eighth grade he went to study in school in Plovdiv and had to get up at 5:30 am to catch up the train. He was back home after 6 pm and on a daily basis was running per 10 kilometers. That helped him to maintain his good physical condition. His hobby was wood carving then, but he did not continue to practice it. As his father was an active and curious person, he had always sought a way to prosper. His father was working in the railway company and it provided its employees with the opportunity to use the land on both sides of the rails (about 12 meters per each side) for agriculture. He helped his father and they produced various herbs, cumin and anise.

A popular science newspaper inspired him for his studies “Design and Application of Information Systems” at the University. After graduation he started working in Sofia and continued to study “Operation of Railway Transport”. However, his wish was to study economics, which he managed later in his life. When he was about 50 years old, he graduated “Economics of Transport Company” and strongly believed in the life-long learning concept. His favorite subject is mathematics; his work was related with coding – primarily in Fortran, Cobol and Algol. At that time, the change in machines and technologies was quite rapid, but he was ready for it. Actually, he introduced an early team building practices in order to manage that change within his department, helped and supported the employees. They were colleagues with his wife and met at the office. Her father was also from Asenovgrad and they had a common topic and traveled there together. They have a son and one granddaughter. He has always been publicly active and especially in the syndicates.

His parents were living in Asenovgrad and were not able to help them much. His brother was taking care for them as he lived closer. However, they were closer with his wife’s parents as all were living in Sofia. Her mother was helping them with the upbringing of their son. Later, he and his wife took care of her when she got older.

Mostly, he is using internet, critically choosing the sources of information and news. Television is watched from time to time.

Every Thursday former colleagues and friends are getting together, also regular meetings with another circle of friends are organized, “we are communicating via mobile phones a lot”. He defined his friends as cultural and intelligent people not only by education but also in their interaction with others. Every day, he cares and spends time with his granddaughter after her kindergarten classes, as she is preparing for school this autumn. Otherwise, repair and constructions works in their country houses take a lot of his attention, time and resources. Relatives and friends rely on him when repair works are in sight.

He is still very active syndicate member and takes part in the negotiations on the terms of the collective labor contract for the railway employees that were in progress in the beginning of 2020. Especially for his syndicate activities it is a plus now to be independent, being able to stand up for the employees’ rights and to negotiate on their behalf. Generally, he reaffirmed the benefits of engagement of retired people with knowledge, skills and attitude in the public life, because that sparks joy and meaning in them.

For him retirement is “a transition from active to less active way of life but is also an opportunity”. He sees kind of ‘niche’ for the qualified and knowledgeable early retirees to continue to be involved in public activities. He never got paid and did not want to receive anything but to be contributing to something meaningful with passion and eventually achieve good results. A person could always find a way to be active after retirement. He himself does not have enough time to do everything he intends to.

His messages to the future generations are “First - to be alive and healthy; second - to work and finally - to have luck, because not always work leads to the desired result”.