by Damla A. and Yoana K.

Place of residence: town of Ruse

Hello! Tell me your name, please!

When and where were you born?

8th August, 1944, in the village of Tenevo, Yambol District.

Can you tell us about your childhood?

My childhood was not very pleasant, it was not very good, I do not even want to go back to those years because we were very poor. I am the fourth child of my parents. The other children, my three sisters, were much older than me. You could say that I spent my childhood alone. My mother and father went to work, and I was enrolled in kindergarten. I had a really difficult childhood.

Did you all live in one place?

I guess you went to school.

I went to school, graduated University as a teacher in Pre-school and Primary School Education. I graduated, but I could not work as a preschool teacher because there were many students and they were distributed in the villages. But I was already married and the distribution regulation did not apply to me. I stayed in Ruse and worked as a manager of Corecom for 10 years, then as a head of department at Mineralsouvenir and retired there.

How was your life in the period from your teenage years, when you were 16-17 years old, to your retirement?

Neither my childhood nor my adolescence were any rosier, because, basically, people weren't rich, well-off families were rare, and it bothered us so much that we couldn't be like the other   children who had the means to buy clothes and food. We rented an apartment in the town of Yambol. My mother fell ill and we only had my father's pension to live on. And my adolescence was not good either! 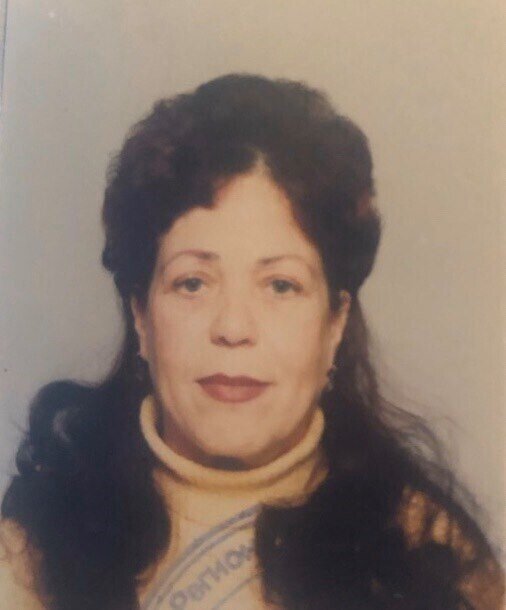 When did you get married? Do you have children?

I got married on January 1, 1965. My husband was a soldier in the town of Yambol and we met there. He finalized his military service in November, and in December he came to visit me in Burgas, where I was studying at the Teacher Training College. On January 1, he came again and said, “ I want to marry you.” That same year I gave birth to our son, who will turn 55 this year.

When you were young, what was the situation of the elderly? How were they treated then?

My husband and I came to Ruse. There was no such division between people then. Everyone was respected, everyone was treated equally, especially in the Veliko Tarnovo region. Many people were gardeners there. They loaded the produce from their gardens on trains and exported it to the Czech Republic and Hungary. There were people who had other jobs, and the rest of the time they worked in their yards. Very hardworking people. Subsequently, this type of work was not appreciated and rural workers were given the smallest pensions. And you know what it's like to work outdoors. In the city, I remember, there was a cinema and an opera then, but  young people did not go to the opera. The theater was closed for restoration for many years.

How do you think people in the past made important decisions, for example, about education, profession, retirement?

It was all about whether they could support their children. During the times of the former political system, the parents used to say, “We work hard enough, at least you should get good education so that you won’t have to work as hard as us. Education was considered extremely important. Every parent was prepared to live in deprivation, as long as his child could obtain an education that would enable him or her to live a better life than his or her parents.These were the views of our generation which lived between the two transitions.

How would you describe the intergenerational relationships in your family?

And we helped each other a lot. My husband's parents helped us a lot because, as I told you, my parents were far away and could not help us with anything. My husband's parents paid for our rented accommodation. We respected them a lot. We went to the village they lived in every holiday. Many holidays were organized then. On May 1, on May 24, on September 9, on November 7, there were very big celebrations in the villages with music, with lots of people attending. And we visited them to show our respect and to bring them provisions, as they were more easily available in the city than in the villages. Now I live with my grandson, my son and my daughter-in-law. We have a good relationship. We’ve had neither quarrels nor grudges between us. Everyone tries to respect the other, just as he wants to be respected himself. I visit the Center for Social Integration and Rehabilitation of the Third Age Foundation and I like the activities there

Thank you for the interview!

And I thank you!