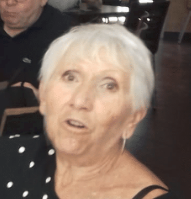 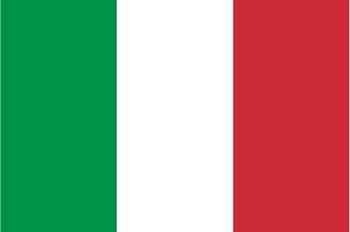 Describe briefly your living conditions from childhood to retirement. What were the intergenerational relationships in your family?
My family was middle-class. It was an extended family, composed of my parents, 4 children and my paternal grandmother; when her husband died, a paternal aunt also came to live with us. I went to school until I graduated. My childhood, even if it was the postwar years, was happy, and the adolescence quite serene.

What was the position of older people when you were young? Who made the most important decisions?
My parents gave me and my siblings a certain freedom (which was a lot in relation to the times we lived in), although to me, in truth, that freedom was never enough. They didn't impose the course of study on us, they always supported us. Besides my parents, I had a beautiful relationship with my grandmother, and from my aunt I tried to learn discretion and gratitude. At school, I was doing well and quite well. In my free time I went out with friends, we went to the cinema, to dance, but always in the afternoon, because at 8 o'clock in the evening curfews were set, and everyone had to return to their home.

At that time, society was quite classist, and most of us went out with people of the same social class. When I moved to Cagliari to attend the University, I started to love the theatre and to go on a few trips (four of us with a 500 went to visit a piece of Europe).
I have always had an aversion to marriage. After finishing my studies in Medicine, I started to work. I was lucky enough to do the job I had always wanted. It was very satisfying but also full of responsibility and quite demanding, because it took up a large part of my day; as a result, I was able to devote little time to my family: But it is a job that taught me so much from a human point of view and helped to change my scale of values. Seeing the suffering of others, for example, immediately reduced mine.

What are your daily habits now that you are retired? And how do you spend your days?
In my free time, I continued to meet friends, go to the cinema, the theatre and, when possible, make more demanding trips. Travelling has always been a passion of mine. When I retire, of course, I can make longer trips, so I can reach more distant, more particular or more involving countries: I like to know the history and see for myself the places that, when I went to school, I could only imagine.
All this has been possible because of the technological evolution and the improvement in living conditions that have taken place since the second half of the last century. Of course, compared to when I was a child, society and living conditions have changed a lot: before there was little, but we were more content and appreciated everything we had available, even the small things; there was less waste, more respect for each other, especially towards the elderly, who were considered an irreplaceable resource; there was more solidarity among neighbors, more respect for rules and roles. On the other hand, unfortunately, there was also more classism and more racism. There was less consideration for the environment and for the protection of animals, but not those horrible intensive farming; there was more desire to do, to be economically independent, there was more desire to emerge from the group rather than to flatten into it, even at the cost of making many sacrifices.

Please compare what you thought about old age when you were young, your expectations about life as a pensioner and what it is really like now.
I had no particular expectations about life as a pensioner and, fortunately, enjoying good health, I appreciate this life in slow motion. I do a bit of volunteering, physical activity, I attend cultural associations and continue to cultivate my passions. I watch little TV but I read, as I have always done since I was a little girl, both newspapers and books. I live alone with my dog and I do what I want.

What are your relationships with social media? Do you use them every day?
I don't use the computer for work anymore, now I use it to play games and I surf to inform myself, without ever losing my critical sense. I also often use it to make my life easier: paying bills, taxes, booking flights and hotels, tickets for exhibitions, etc.; I have little to do with e-commerce because I don't like it, when I worked I bought consumer products. The smartphone, as well as for its institutional functions, I use it to take photos, videos, chat and keep in touch with family and friends; I also use it for home baking, for video calling with zoom, as a navigator. Surely many older people will use these technologies more and better than me, but some less.

What, in your opinion, is the main role of pensioners?
I think that the elderly person should take care of himself, be independent as much as possible and always ready to provide his time, his skills and, if required, his little or much wisdom achieved.

What is your message for the younger generation?
My message for young people: first of all, discover the word DOVERI, now forgotten in favour of the word RIGHTS. Go beyond appearances, recognize the true values of life, accept sacrifices and defeats because they strengthen, do not let yourself be conditioned by the group but think with your head and act accordingly, never use violence because - wherever it comes from - it is not protest, it is always and only violence, always defend your ideas, always fight to realize your dreams.