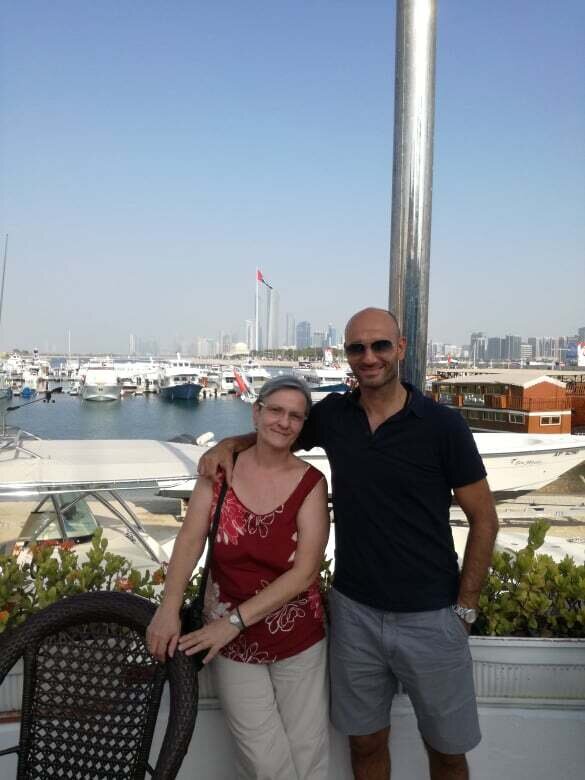 I talked with Iren at her very pleasant home in the city of Šabac. Her home is decorated with number of souvenirs from her travels, indicating her open-minded spirit.

Iren was born in 1953 in the city of Subotica (Province Vojvodina on the North of Serbia, near Hungarian border). She was the only child and besides her parents she lived with paternal grandmother and aunt (father’s sister). Iren stipulates that such family made positive impact on her stability as a person. She was born in bilingual family – with her father, grandmother and aunt she spoke Hungarian whereas with her mother she spoke Serbian.

Iren’s education began at the age of 6, a bit earlier than the other children of her age because she was very eager to learn something more. She was quite attentive pupil in Hungarian elementary school. Then she enrolled High school of Economics and later on Faculty, which she dropped. During the high school she was training basketball. Along playing and going to the games, she enjoyed leisure time in Subotica. At a party she met a student from Šabac. Rather accidental account at her age of 16 turned out to be “fatal” – from it a greatest love and joy of her life grew. Four years after they met, Iren leaves her family home and Subotica and together with her husband moves to Šabac. In the city of Šabac she found a job, met new people and began learning about new customs, different from ones in her hometown. Simple and humanistic, patient and with listening ear open, she learned to respect her husband / Boban’s parents. Her mother-in-law loved her dearly and helped her to get costumed to Serbian Orthodox tradition of celebrating slava (Day of Holy Patron of the Family), St. Nicola’s Day. Iren kept practicing Catholic Christmas and Easter but in Orthodox tradition of slava she felt family spirit that she, as a part of the family, must maintain learning her children how to pass the tradition from one generation to another, from father to son.

Fitting in new environment became even easier after her two sons were born. Often she was visiting her folks in Subotica and had a feeling of continuity like she never left at all. Besides visiting family and friends in Subotica, she had enough time to travel and make excursions in the country and abroad. As dogs and pets’ lover, she often went to dogs and pets’ events. Although in Šabac she spoke Serbian, while communicating with her father she spoke Hungarian, which enabled her to maintain her roots.

As time went by immanent logic of the era, Iren was dedicated mother, devoted wife, and responsible worker in the Post company. At the same time, she was also a great housewife with amazing skills to host family events. 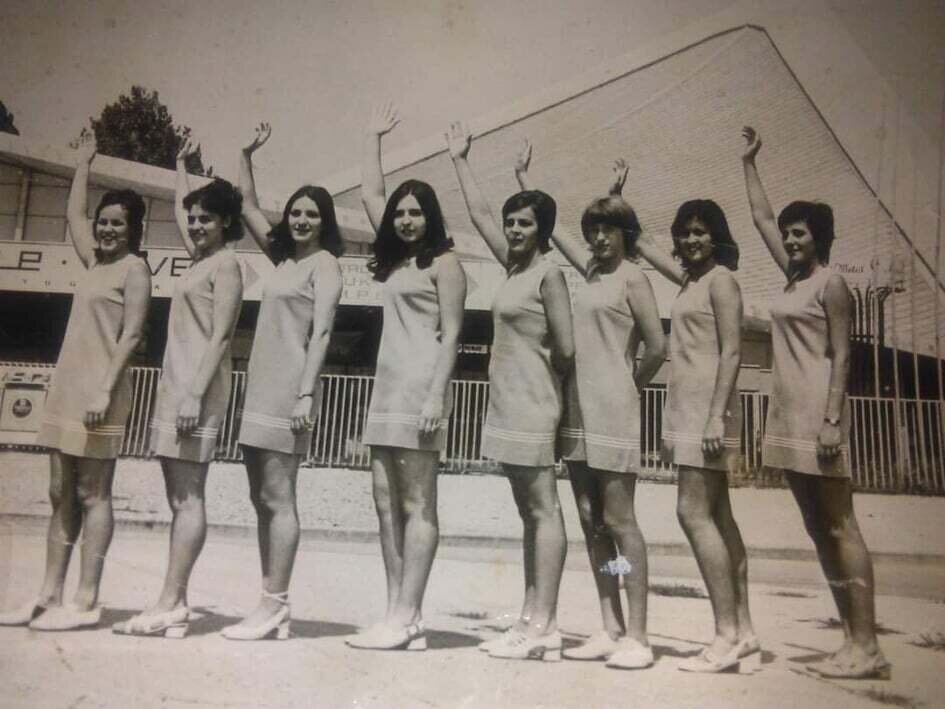 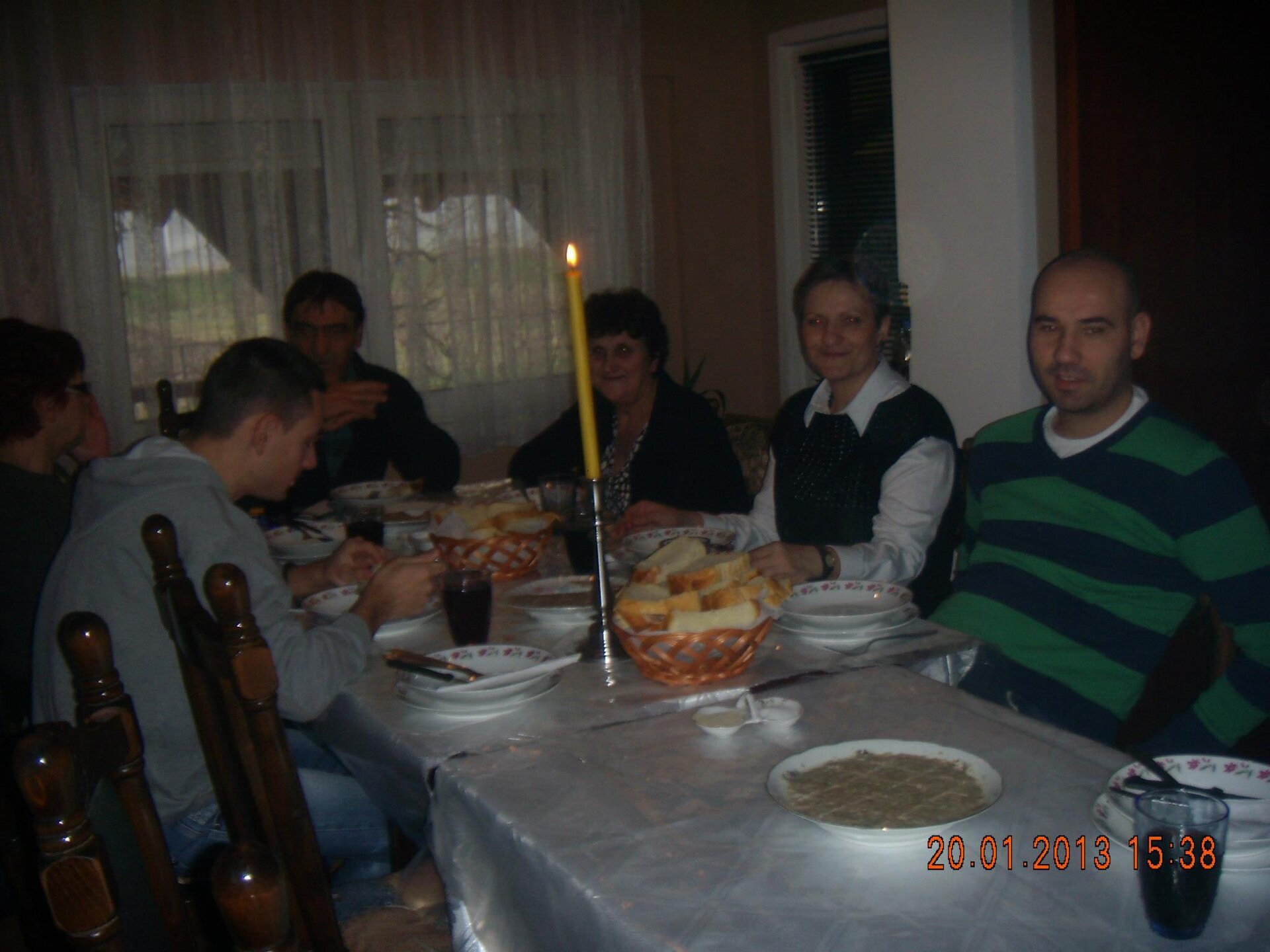 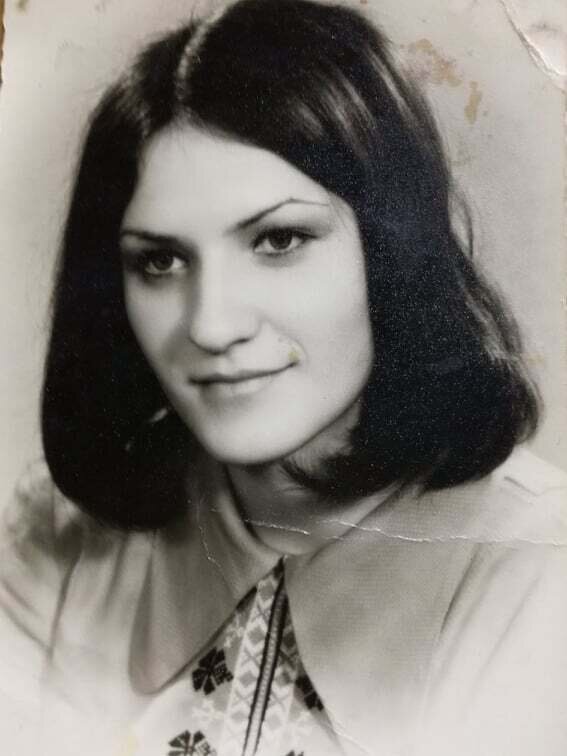 However, during the 1990s misfortune came. “Quick business” that her husband started dissolved and they lost everything they had. Prior to bombardment in 1999 the whole family gathers necessities and moves to South Africa. When airlines re-established flights from Africa to Serbia, Iren returns on her own to Serbia. As a pledge for better future of her family, she went to native Subotica and sells her family home. Raising a small loan, she buys an apartment in Šabac where she settled with her husband Boban. Her strong will, persistence and above love for her husband and her family made her The Hero.

While making sacrifices for her family Iren pretty much neglected her health. She suffers severe headaches and even though she enjoyed sharing her story with me, we just couldn’t make a video of her cutting the cake she prepared for me. She was trembling but tried but when couldn’t make it she plead not to do that. I respected her wish. As she is my mum’s neighbor I know that Iren’s story is more complicated than she wanted to share. When she was raising the loan she asked my mother to be her co-signer. Although people were warning my mother not to do that – she wanted to do so because Iren is such a great friend. She sticks on the side, not wanting to burden anyone. Although she believes that everyone makes decisions of its own and she does not want to interfere, her eyes and mind are not closed – whenever someone needs help, she’s there. Her younger son started family in Šabac and she was happy to be good grandma. When her son and daughter in law decided to place their daughter in kindergarten, Iren wasn’t happy but it was their wish. She yearns for her older son who lives in Dubai because she cannot be with him often but when she goes to Dubai – she enjoys every second of time with her boy. 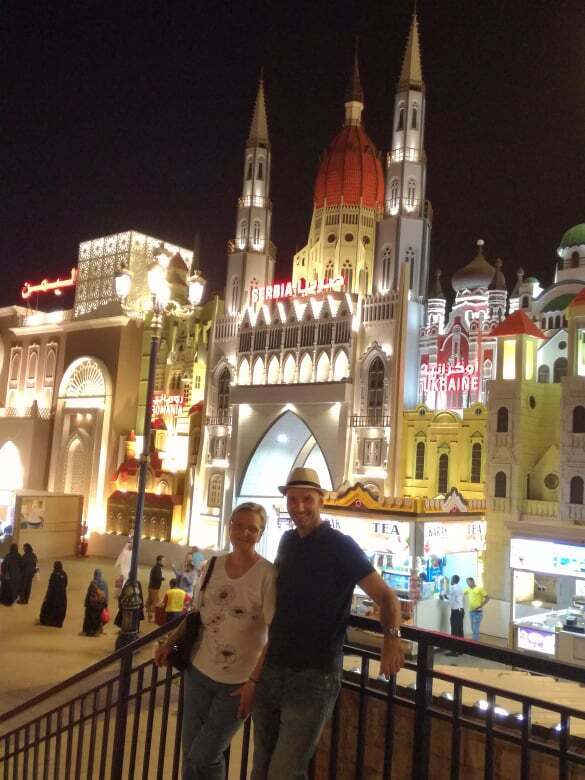 As Iren is a close friend of my mother and a neighbor living in our street, we are acquainted for some time. I never heard her nor seen her being disrespectful towards the others. After making this interview I have even stronger impression that family values, respect and love towards the others are radiating from Iren. All that she was receiving as a child in her family home has made a trace in her life. Moderate, modest and unobtrusive, that’s who she is.

Though a little bit slower in recent years due to her illness caused by stress, she still runs a household, walks around the block, spend time with her neighbors but above all tries to be close with her son and other family and friends abroad by using social media https://www.facebook.com/irena.matic.9.