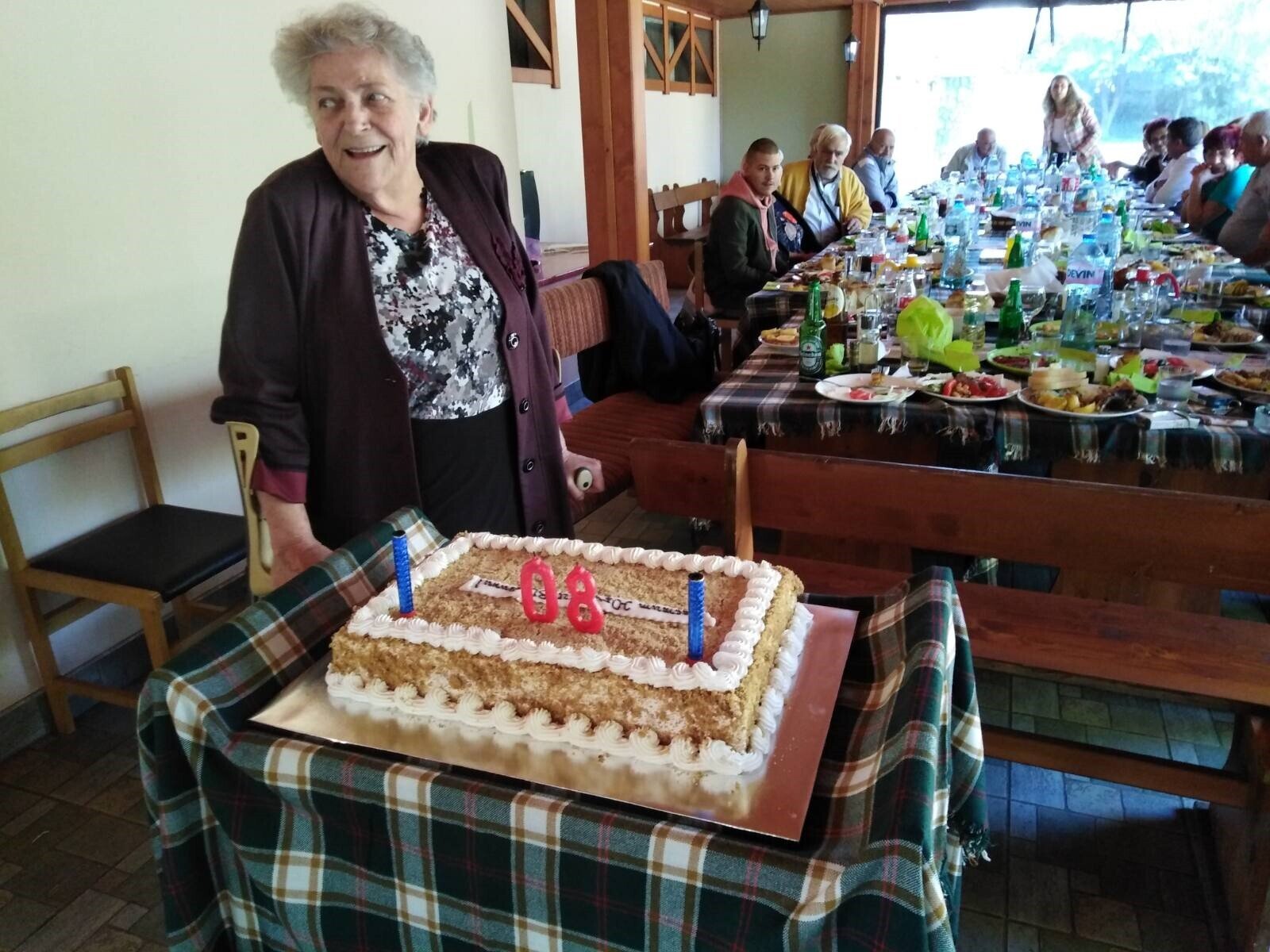 She had a nice and happy childhood. The family lived with her grand mother – the mother of her father. She had a brother. Their family was more nuclear than an extended. She graduated gymnasium and continue her education in a high school.

Her teenage was happy; she had a lot of friends and a cheerful community. She had very happy and successful marriage and they lived with her husband about 60 years. He passed away in two years. They have two children – a girl and a boy, which now have their own families and they all have now good relationships. Children were educated and have university degree; grandchildren also are with university degrees. She worked up to 74 years old. She had different jobs. To work was her decision and she managed to take care about the children and to work as most of the families did it. The family received help of her mother in low. She self-evaluated the family economic status as upper middle. They had regularly two times per year vacations, especially when their children were small and spent their vacations predominantly on the sea-side. Most of the time the family lived in another city. After retirement the family moved back to their native town. She is satisfied from the life the family she had. They had difficulties, but managed to solve them. Described the difficulties: “normal”, “usual and many people had the same”.

In the family all problems were discussed with children (teenagers). Children were free to decide at what University to continue to study. Parents discussed with them and tried to give them more orientation about profession, but at the end – young people had their decisions. The same situation is later with her grandchildren. Parents helped to prepare for the exams and to pass the selection. Usually family had to hire private tutor and it costs a lot of money, but their family could afford it. Education was and still is a priority in their family values. At that time the competition were very high – 10-15 persons for one place at the university. Most of the important family decisions – take took together, even after the children grow up and had their own life. Relationship in the society– mostly friendly community in the apartment building where they lived for many years. At work – with some people she had close relations and even family friend, with other – no so close.

Parents always help and were taking care about their children, especially her mother in low with whom they lived together. She was a widow. When they got really old they took care about them in their everyday life,

When she was young and was looking on her grandmother – she could not imagine that she-herself would become similar. During working period she was thinking about retirement as a time when she could have time to read books, to meet with friends, to enjoy her free time. Such free time she never had. She enjoys her time with grandchildren and especially with her grand-grandchildren. But they live in another city, they are coming to visit her, they often talk on a phone. She knows what is their life, problems, etc.

Her daughter comes to her house every day after work before to go home to help her as she has moving problems and walks with crutches. Last two years for her is very difficult as her husband passed away and now she lives alone. Most of her friends also passed away recently and there is a few people with whom she could communicate. Pension is not at all sufficient to cover every day needs, but her children help her.

Today her days are very sad. Her needs are limited. She manages to move in the apartment and to cook for herself, but most of the household is doing her daughter. She lives in house on the second floor and it is impossible to go out without help.

She watches TV, she has a cable and has many channels. She is socially engaged and watches the news: local, national and international. She has favourite telecasts which she follows, movies. Her grandchildren gave her a computer, but she is not using. She is well informed about new technologies. Her son installed cameras in her home to have always information what is going on in the house and in the yard. She is using but doesn’t like.

She is not at all motivated to continue to live. She is happy to meet her children and grandchildren, but the loss of her husband demotivated her.

Main role of retired persons is to help their children, helping in up-bringing grandchildren, to transmit the generic history and transmit the cultural values. But she has to find a new job after retirement because of the need to survive and worked up to 74-75 years.

Message for the younger generation: not to be so aggressive and to be better, to read more and to have responsibility to the elderly.