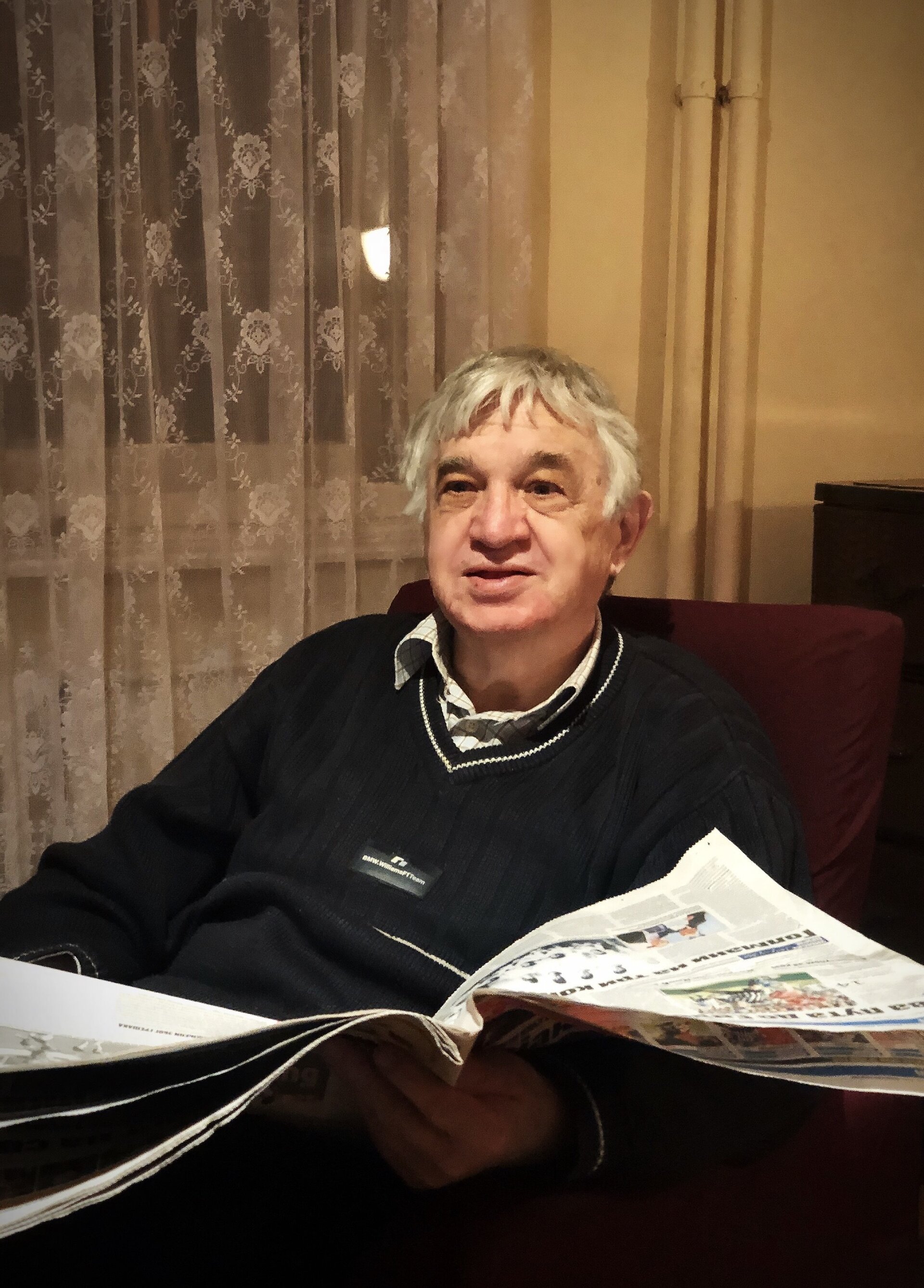 The interview was held on the 7th of February 2020, at the apartment of the informant. The conversation was easy and natural, probably due to the fact that I already knew the informant who is my best friend`s grandfather. He is particularly fond of me because I am also from Zemun, which we talk about every time we see each other.

Ivica K. was born in 1943. in Zemun. He grew up as an only child, raised by his mother. His father had died in 1945, so he doesn`t even remember him. They lived modestly, but nevertheless he considers to have had a happy childhood. During elementary school, he was a member of airplane model makers` club and the Scouts. He travelled all over the country of Yugoslavia with the Scouts. However, he has only flown once in his life- in 1954. when he and his group won the prize for making a model of plane. The prize was a flight over the Belgrade which was in a small plane with wooden benches, very noisy and shakey. To this day, he refuses to enter an airplane, although his granddaughter who lives in Dubai calls him all of the time to come and visit!

With the enrolment in high school, he chose his future profession- movie projectionist/operator. Every time he went to see a movie as a child, he would first look at the cabin from where the movies are being projected. That was a dual schooling system, meaning that he spent 3 days at school and 3 days working at the cinemas of Beograd film, where he will later spend his entire career, but meet his wife Zora as well whom he will marry in 1968 an with whom he will have three children- a daughter born in 1970. and two sons, twins born in 1971. As a young generation, they were looking up to the older ones. A lot of people had to stop their schooling because of the Second World War. However, the system at the time gave everyone a chance to work and educate themselves- the ones who were not working were the ones who didn`t want to. Ivica accepted that and after graduating from high school, he went to Zagreb where he spent two years gaining further education in his field. He was a conscientious and responsible employee which led him to become one of the youngest managers in the company. The job at the cinema meant also working with people, for which he says has both positive and negative sides. He remembers numerous encounters- there was this one woman who watched every movie, always at 11 o`clock and would always insist to sit in 17th row, 1st seat. The cinema that Ivica worked in for 23 years was quite particular due to its` closeness to the main train and bus station, so a lot of people came to the cinema to kill time and watched the movie while eating burgers, sandwiches, drank yogurt… During the 90s - the sanction period in Yugoslavia, they could only get and play Bollywood movies. The leather seats were old and torn, but there were no founds to replace them, so they took the leather off, leaving only wooden seats. Two women came in and started complaining about that. Also, at the time, people were talking and being scared of AIDS. Ivica came up with an idea and told them that the seats are like that because they are more sanitary that way, showing them a bottle which actually contained a bug repellent. Two women were very pleased to hear that. He even ended up in newspaper- a group of people accused him of changing the titles too fast. He has learnt many movies by heart, and particularly remembers one of the first American films that was playing in our cinemas- Bathing beauty. When he was asked what movie was the best, he said A Tight Spot 1 (Tesna koža 1), one of the most popular Yugoslav movies, simply because it was so popular that they received the salaries just from it for six months. 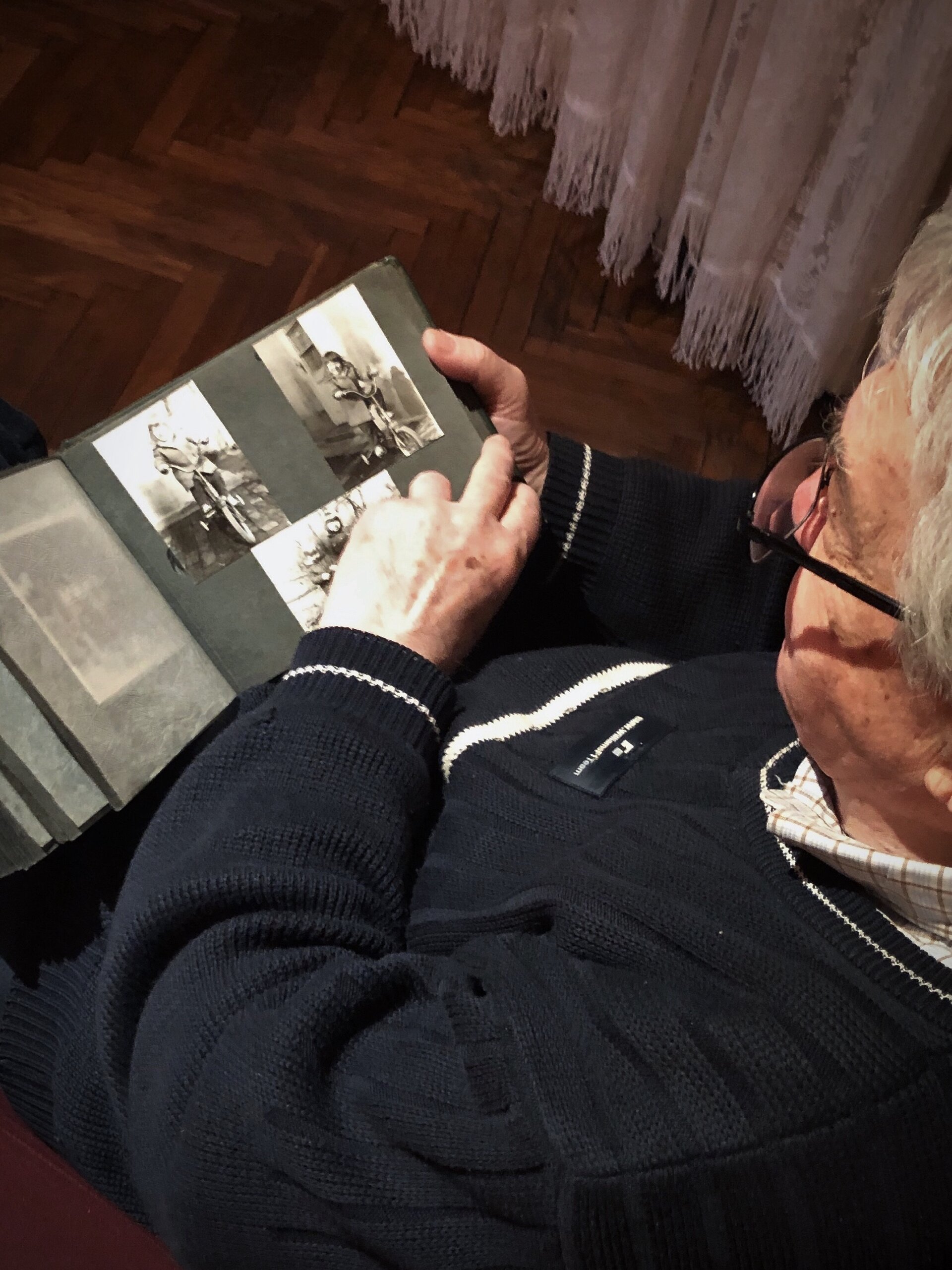 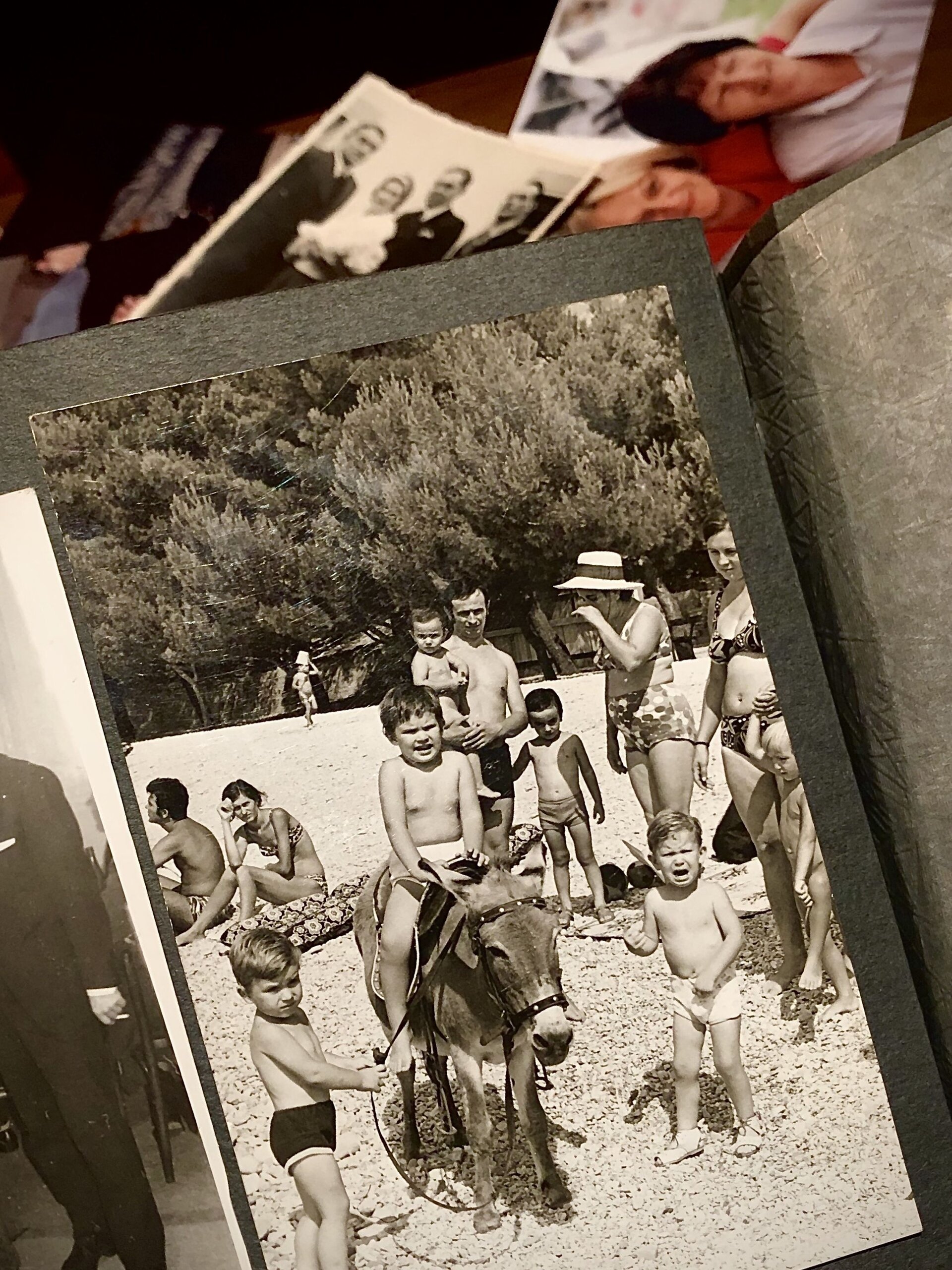 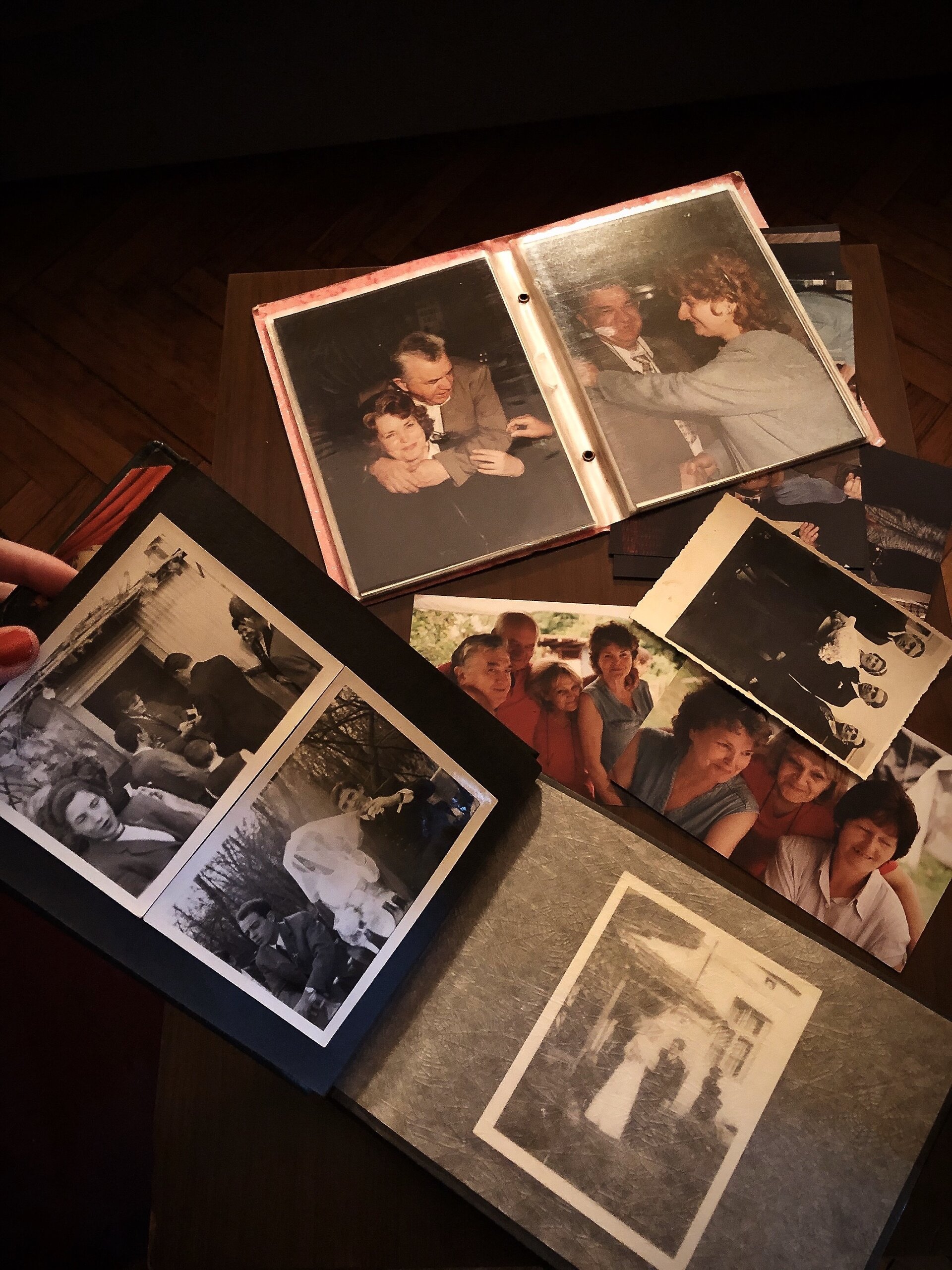 He says that his job was not grueling, but was specific. He needed to be present, and work during weekends and holidays. Although his wife worked at the cinema as well, they managed to coordinate their family life and raising three children. When they got a big apartment from the company (perks of socialism)in 1973, in which he and the part of the family still live, Ivica`s mother moved in with them to help, and he and his wife paid attention to work opposite shifts so that one of them would always be with the children.

He says that back in the day young people were more free and more friendly. Although there were class differences, they were not taught to emphasize it or use it to judge one another. They would go dancing, bowling, to taverns and to sport events. Summer was spent on the Danube river. When he started a family, they would go camping 15 years in a row in Montenegro, spending 25 days on the seaside.

He believes that the social equality was far better and that they had a beautiful country of Yugoslavia. That the communism, socialism and the self management system were all well planned systems, but systems that never reached their full potential. He was a member of The League of Communists, he took part in the self management system, but always believed that a person must do his job well and responsibly, regardless of a position he may have. That is a reason why he became disappointed in the League, and especially in the modern day parties who have a completely wrong value system- you cannot be a member if you are a bad person.

Nowadays, he uses internet and social media. He reads sports news and Politika- the newspaper that taught him to letters. But he doesn`t read politics, only city news, sports, culture and obituaries. He watches movies and some shows on TV, but would forbid reality shows and the broadcasting from the Parliament.

Photographing was his hobby, he even developed photos by himself. He still cherishes the photographs he took of his wife and children. Although he hasn`t been doing in for a long time now, he still remembers his first camera- the famous Leica.

He got a job in 1961, and worked until 2003. Retiring, he had a plan to go to his cinema once a week. Unfortunately, he couldn`t keep his promise due to the fact that the company he worked in his entire life, Beograd film, and the cinemas have been closed.

When asked how he imagined old age when he was young, he says that he had always wondered if he would reach it. The fact that his father died from being electrocuted when he was 40 has always been in the back of his mind. But when he did in fact live to his 40s then he was sceptic that he would not live to retire, because his mother died from a heart attack when she was 67. But now that he is 77, he enjoys life- he goes for walks, hangs out with neighbors and hopes that his health will serve him. With his pension he lives well, because he is not an irrational spender.

Regarding the role of the elderly in the society, he believes that the grandparents are there to help, but in no way is their job to educate the grandchildren- that is the parents` job.

As a message to the young people, he suggests that they be modest, that the point is to be a good person, to accept all people as they are, to cherish friends and to stay away from people who don`t mean you well.

Ivica lives with his two sons, daughter-in-law and two grandchildren. His wife died in 2011, but he remembers her with great love. Every time he would mention her, he said my Zora. He emphasizes that she was a very beautiful woman, great wife and mother.