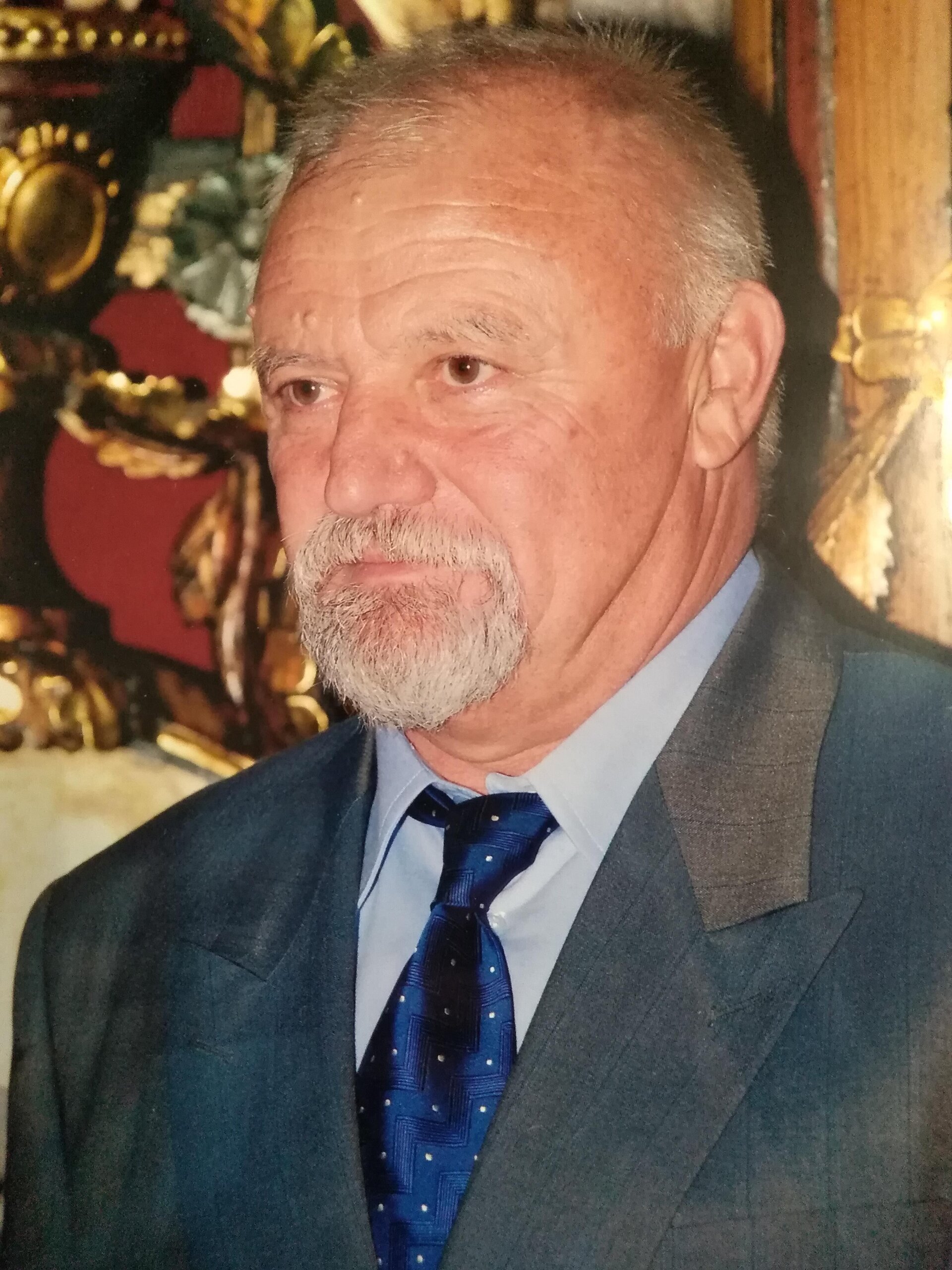 I talked with Djordje in his house in the city of Sremska Mitrovica in Vojvodina Province, Serbia. He was born in 1950 and he completed specialized high school education in electro technics. He is retired from his job but still is an active athlete referee. He gladly and open-mindedly shared his life story.

Djordje was born in the village Novi Jankovci (present days Croatia) and lived humbly in childhood with his parents and younger brother. His father was working in Railway Company just like his Grandad. His mother was a housewife. Djordje emphasized that people from Lika (area in Croatia) were traditionally working either in Railway Company or in the police and his family carried out this tradition. Family moved to Sremska Mitrovica (Srem area in Vojvodina Province in Serbia) when Djordje was 7 years old due to his father being transferred to work on maintaining railway in at the time smaller town of Sremska Mitrovica. Moving to town in Serbia wasn’t a problem because it was rather similar to the place where he was born. In both places majority of people were working in agriculture and they were similar in terms of economic level. After finishing primary school, he enrolled electro technic high school also in Sremska Mitrovica. After finishing electro technic high school, he enrolled Electro Technic Faculty at the University of Sarajevo (Bosnia and Hercegovina) but dropped out after the first two semesters. Explaining why he has dropped out, he noted that high school was very practical, without intention to encourage further education but to encourage pupils to develop practical skills. Hence, he hasn’t received proper training in mathematics so it was difficult for him to keep studying as University program was based upon mathematics and physics in its finest.

At the time when he dropped out University it was customary that younger generations “inherit” position from their parents and his father proposed him to Railway Company where he started working first as electronic technician. After a year he was promoted as train dispatcher in Belgrade where he worked for 2 years. Then he was transferred in Ruma (town in Srem, Vojvodina province, Serbia) and worked as high electricity maintenance worker. Since both Belgrade and Ruma are reasonably near Sremska Mitrovica, he hasn’t changed his place of residence. He emphasizes how strong Railway Company was at the time – much more trains were transporting people and goods than today. Later on he was hired by Electrical Company of Vojvodina Province, where he worked as technician for high voltage electricity until he got retired in 2000s. 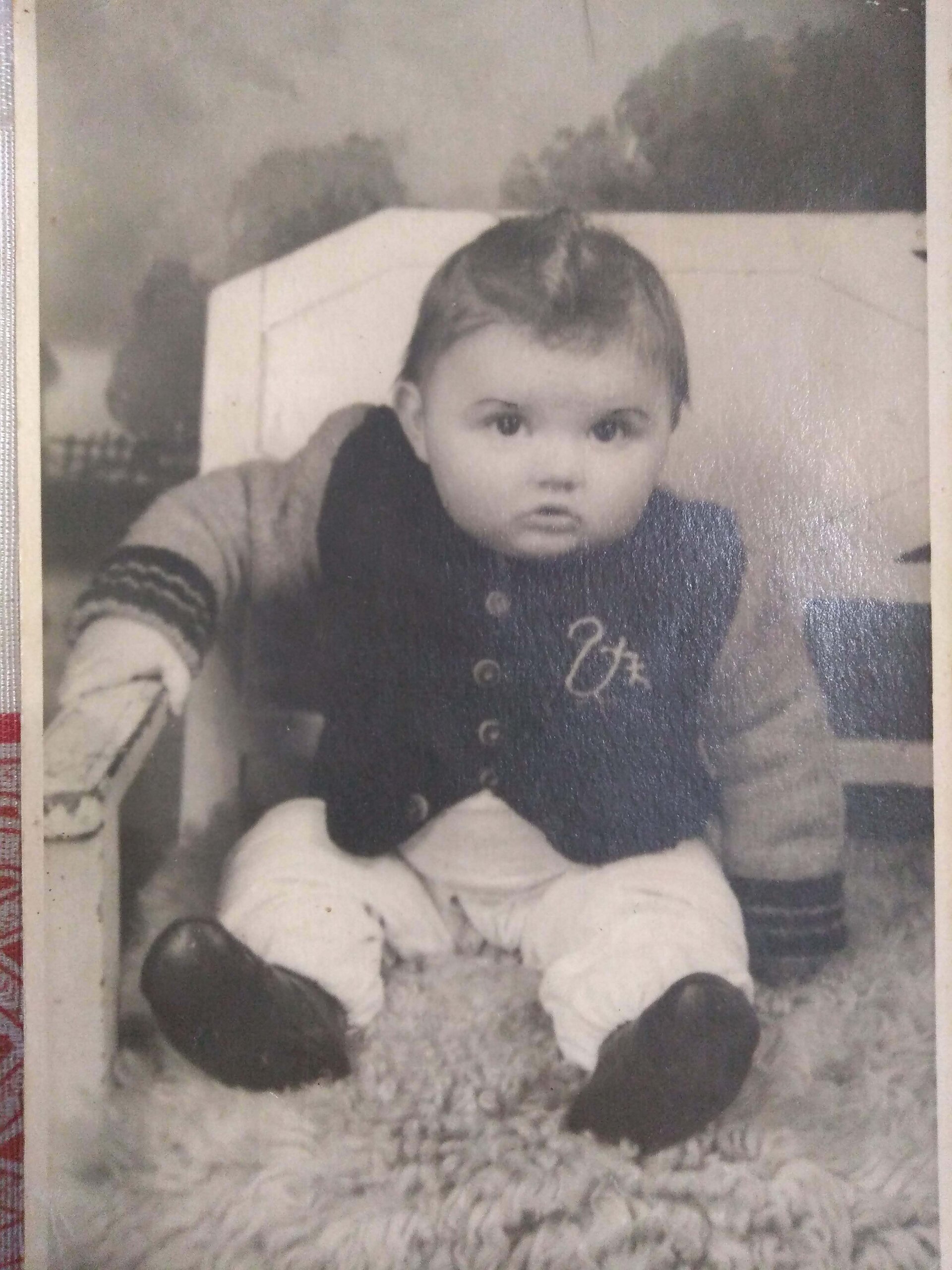 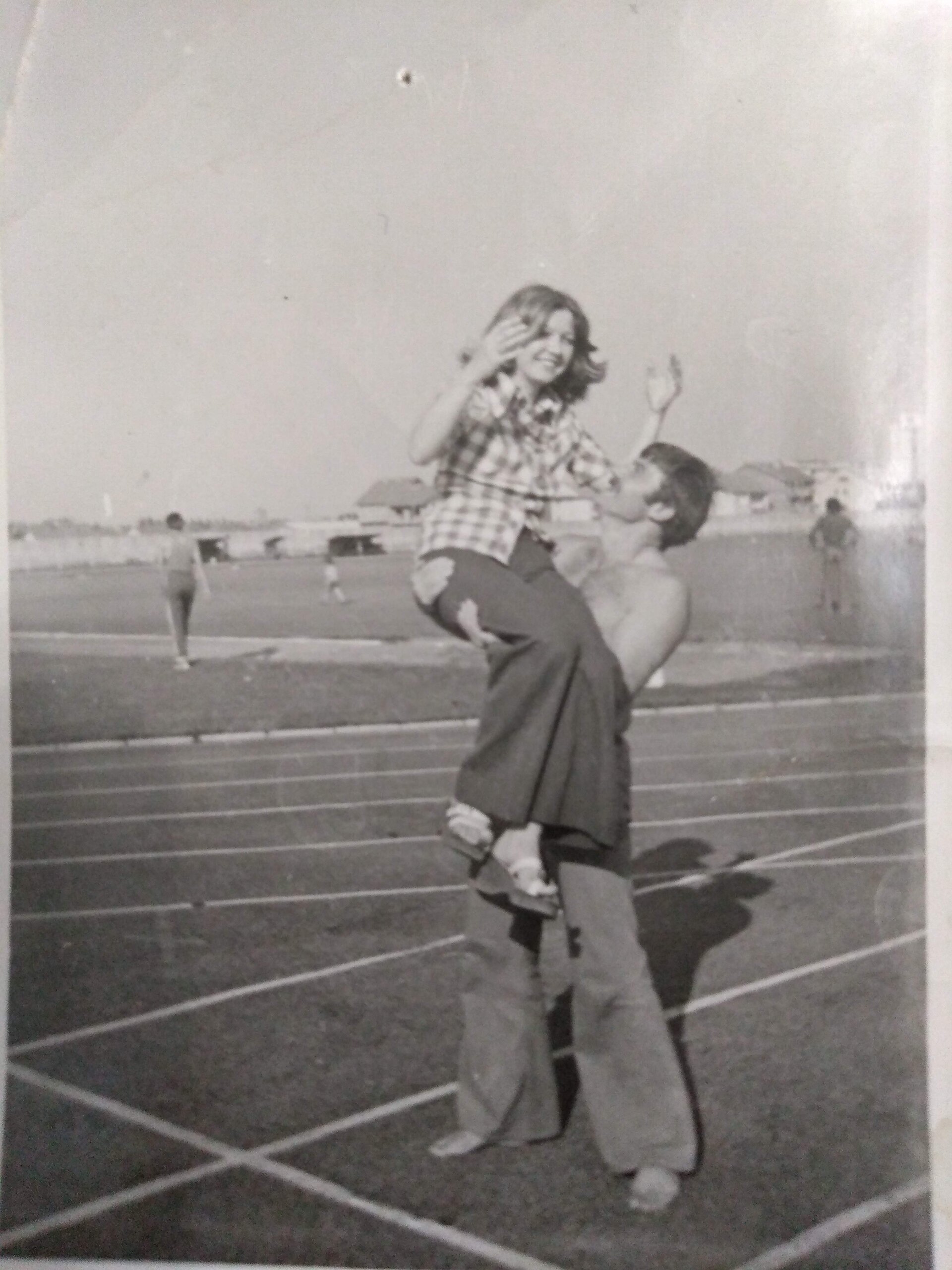 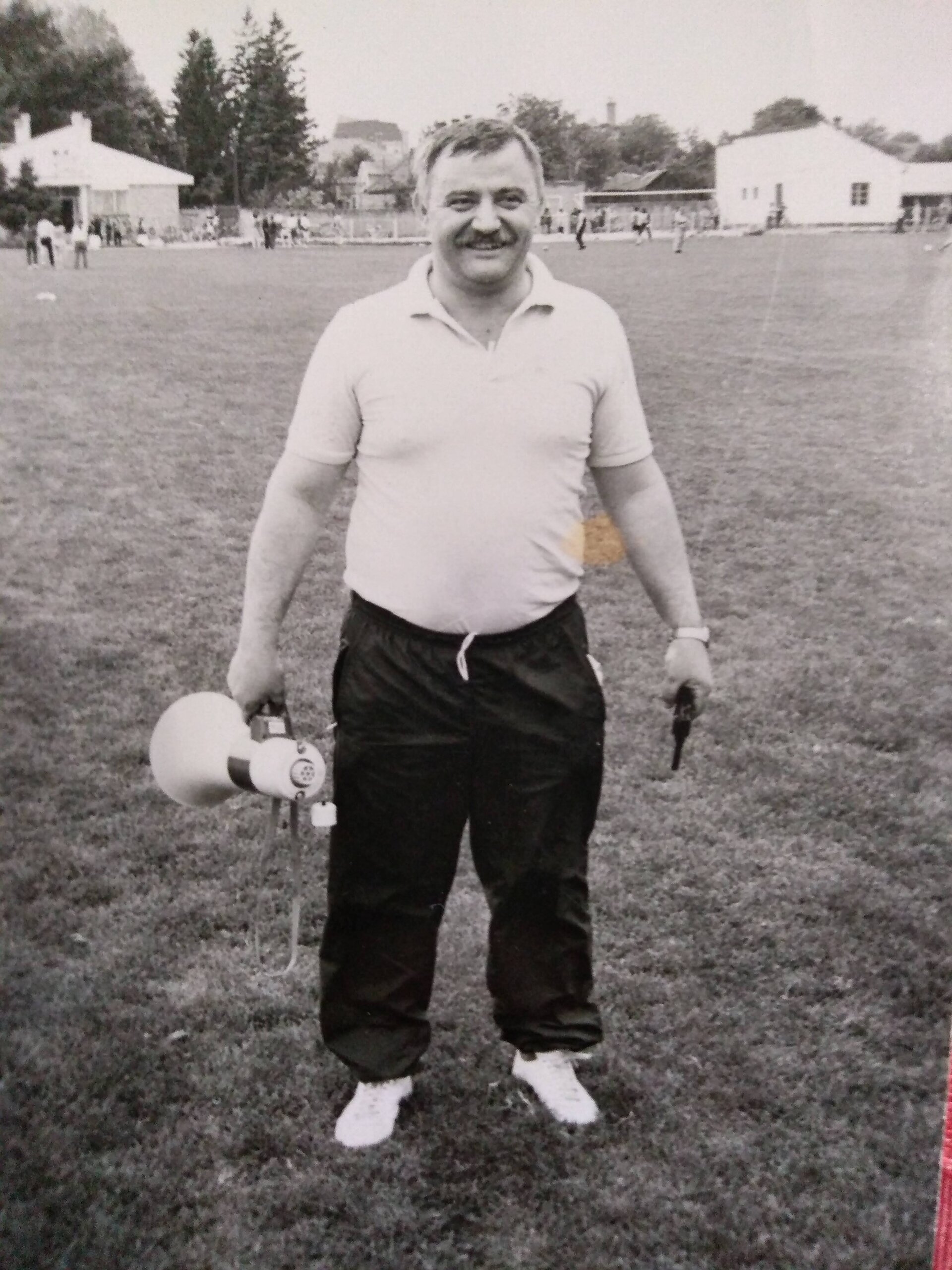 Djordje was always interested in sports, recreation and healthy open-air lifestyles. In his younger age he often went camping, on excursions and winter and summer holidays. His adventurous nature in younger age took him to go to Adriatic Sea with his friends by bicycle. He even “infected” his wife with the love for camping so for quite a while they went on family camping trips.

Since high school he became interested in athletic but because he didn’t felt like he is talented enough to pursue professional athletic career. However, he kept socializing with athletes and eventually he became skilled to work as athletic referee. While he was working in the Railway and Electric Company being an athletic referee was a hobby but after he was retired he became working honorary paid referee. He says that in his younger age he wouldn’t even dream that he’d do that in older age when he gets retired.

Djordje has very positive attitude towards socialism. Especially in the domain of sports, he thinks that socialist Yugoslavia, with its links with Eastern Block, was giving much more support to sports achievements. Also, he thinks that in socialism people were much more empathetic and orientated towards each other’s. He argues that contemporary criticism of socialistic Yugoslavia is not really justified because in those times also one had to work hard to live better but the prospects were more visible than today. Today people are often turned to themselves, they are focused upon own achievements not thinking about the community, neighbours barely know each other’s and do not socialize.

Position of seniors in the society has also significantly changed, according to Djordje’s opinion. When he was young, seniors were respected. It was shameful not just to disrespect elderly persons but also teachers in schools, University professors, priests, policemen, etc. Djordje have had very warm relationship with his father’s parents, whereas his mothers’ parents he hasn’t had a chance to meet due to harsh war and post-war reality. His parents were taking care about his father’s parents and he is also trying to take the best care of his own parents at least by visiting them often and keeping warm family feelings.

When he was younger he thought that a person aged 50 years is already old. However, when he turned 50 he didn’t felt that he is old and useless. On the contrary, he felt that he has a lot to give in terms of transmitting his own knowledge and experiences. He beliefs that youth of today is not respecting seniors, they are egoistic and full of anger. 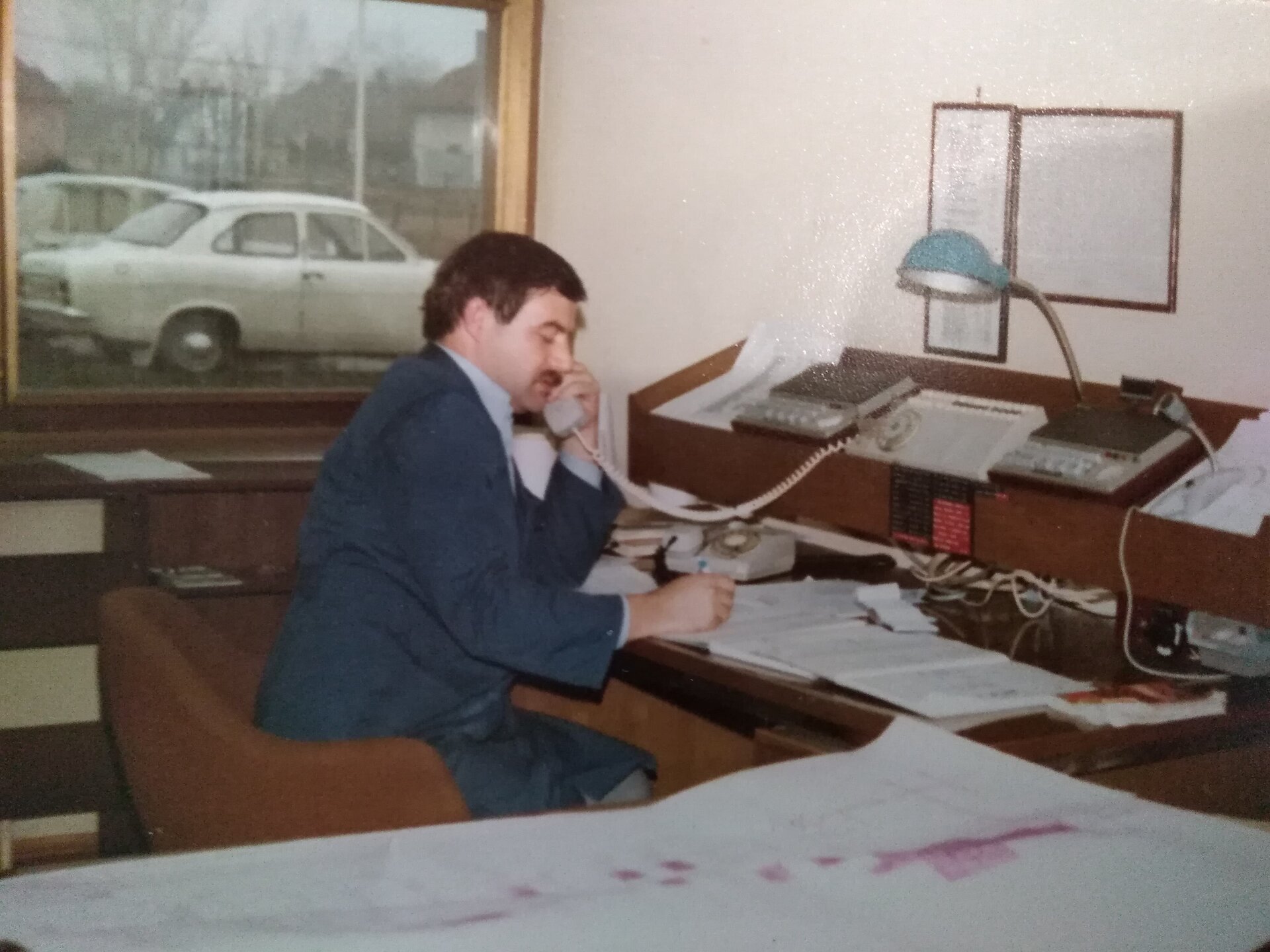 When he was younger he thought that he will travel more when he gets retired but because of poor economic conditions in the whole society he’s not able to travel not just as a vacation but also for medical reasons like he can’t afford to go to the spa. Also, since his pension is not sufficient for decent living, he cannot afford to go to the cinema or in the theatre. He is very disappointed by the fact that he was working for 40 years, invested in social and retirement funds, and now hardly manages to afford medication he needs. He says that his health is rather good as he suffers no serious conditions. He takes care of his medication and follows doctor’s advices.

He is very unsatisfied with current social conditions in Serbia. He argues that it is wrong that society does not give chances to young people with University degree and instead attention is turned to uneducated people who have the support of politicians.

On personal level he is feeling satisfied because he spends a lots of time with young people also enjoying company of his wife. Since he doesn’t like to be indoors for a long time, he goes grocery shopping every day, walks, try to spend as much as time is possible in outdoors activities with his family and friends of all generations. When at home he reads books and watches television. Regarding watching television, he remarked that he watches mainly sports because he thinks that rhetoric in public media is too manipulative and disrespectful. He does not use Internet and social networks but if it is needed he relies upon his wife. for communication he uses phone to keep in touch with children, family and friends but he prefers to spend time with them in person.

As a person who interviewed Djordje to learn from his life-story I was very impressed with his positive attitudes regardless of acknowledging social and financial conditions in Serbia as poor especially for seniors. His being keen to maintain active lifestyle was very encouraging for me as a person much younger than he is.