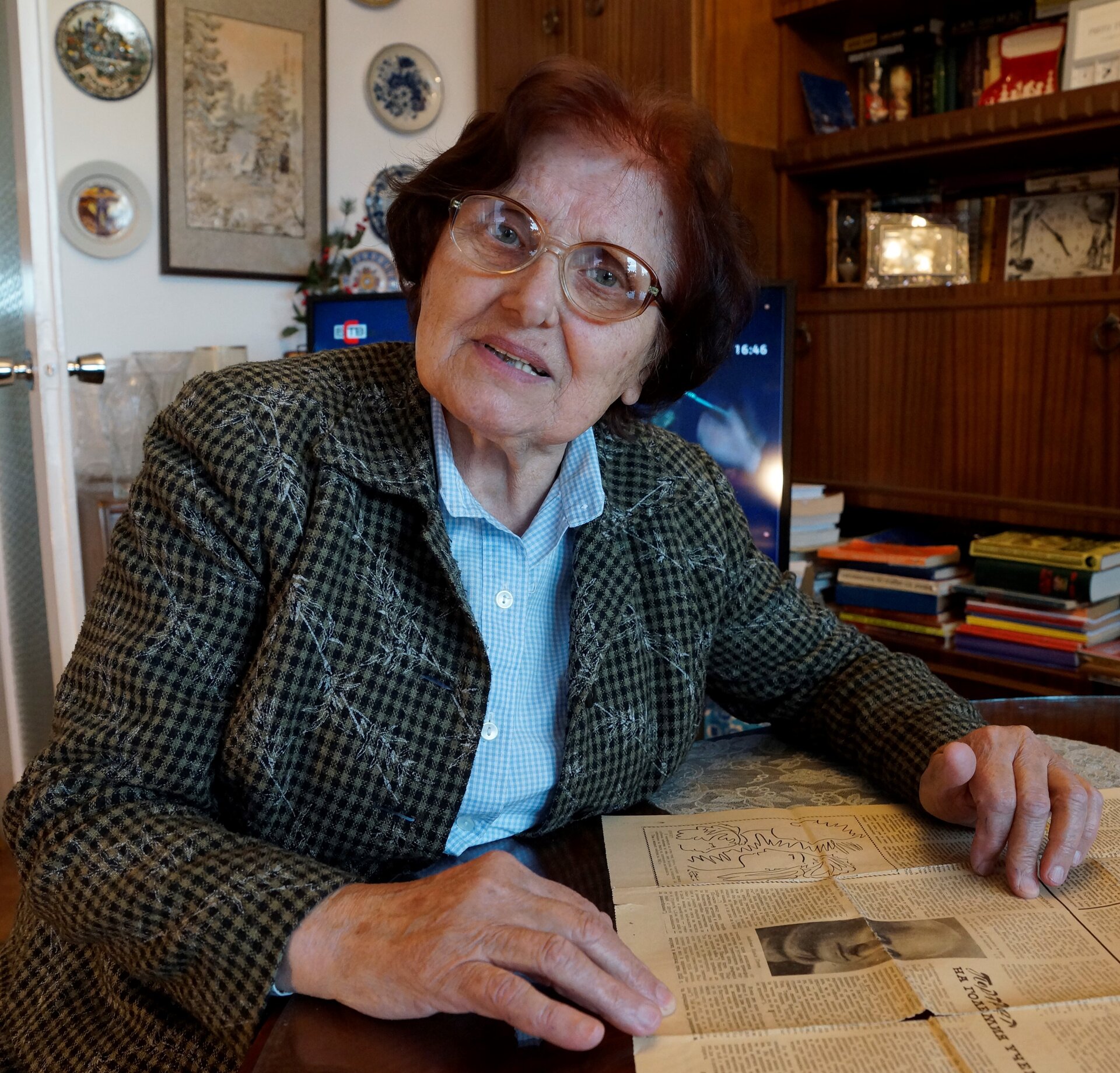 Her family lived separately from their grandparents. She has a sister. She has kept many family stories since her childhood, such as the story of her maternal grandfather, who immigrated to America (1913). He was supposed to sail with the Titanic, but failed to arrive on time and missed the ship, thus surviving to the age of 94. All family stories are passed on to children and grandchildren, thus maintaining a strong family spirit. She graduated primary school in her home village in 1950 and then the gymnasium in the nearby town of Razgrad, where she adored her teachers. All her classmates graduated from universities, which was a precedent for that time. Her mother worked as a housekeeper and a farm worker and her father was a tractor operator. She defines her childhood with the word "care."

She completed her higher education at Sofia University, specialty “Mathematics” in 1958. She was proud to have studied with some of the best academics and professors of that time. She had no love affairs in her university years. She fell in love as a teacher after returning to work at her birthplace. A week after she met her future husband, he proposed to marry her. "We started talking in the politest form on December 23rd, and we got married on January 4, when I accepting my husband's last name," she said. She has two sons. Everyone in the family felt free to develop himself in his professional area. They moved to live from Razgrad to Sofia, due to a change of her husband work. She started working as a mathematics teacher at the English High School in Sofia where she spent her entire professional life. After retirement, she continues to teach private math lessons and to prepare students for exams, including her own grandchildren. Her family vacations were mostly mountain tourism and trips abroad: Greece, France, Spain, Israel. She believes that it is very important for a person to travel in order to have good memories. She claims to have been constantly protecting her family.

What was the position of elderly persons when you were young?

Her paternal grandfather was killed in World War I, and her grandmother remained a widow with 3 small children. Thus, her father, still a primary school student, takes over the family's livelihood by working in agriculture. He only studies up to grade 7 and cares for his brother and sister, but is very keen on education. After he got his own family, everyone in the family continued to care for her grandmother. Her father insisted that his children have a higher education and supported them in every decision they made. His children made their own decisions about what to study and what profession to have. She recalls that there was a great deal of cohesion, mutual help and respect among the elderly in the village of her childhood. Then the elderly lived a very active life, too.

She defined relationships between generations in her family as a mutual concern. After university, she returned to her home town to help her parents. At the same time, when they lived in the town of Razgrad, both grandmothers helped them a lot in raising their children. She claimed that this was part of the mentality of the people at that time. "The seniors were engaged with us and we were engaged with them. Our parents enjoyed our family very much and we tried not to upset them.", she said.

What were you thinking about old age when you were young?

When she was young she did not think about her retirement because she was very busy and committed and did not normally have time to think about it. She had always been involved in caring for older family members, so she considered this normal for her own old age.

Now, she lives alone because her husband died 6 years ago. She suffers greatly from his loss. Each of her sons lives on his own with his own family, but they help her a lot and respect her. She claims that she hasn’t have any financial problems and she has everything she needs. She feels vibrant and produces much of her livelihood as she spends the summers in the countryside at her native house.

As a retiree, she had never been bored and never felt isolated or a lonely person. She helped raise and educate her grandchildren. She is already a great-grandmother, too. She still gives private mathematic lessons to students and has an active friendly circle. For 25 years now, every Friday she meets with high school colleagues and actively participates in meetings of people from her hometown Razgrad who live in Sofia. Her hobby is gardening. She inherited from her mother and mother-in-law the ability to knit, sew and cook. Many orchids are grown in her apartment in Sofia.

Newspapers and TV channels are among the preferred media tools. She is familiar with modern technologies аs she is one of the first teachers of mathematical informatics in Bulgaria. There is a computer at home and Internet access, but she does not use them regularly. She is suspicious of internet data and believes that modern ICT devices are as useful as they are harmful, especially for the younger generation. She has a smartphone and loves taking pictures with it.

To be active and continue to be useful, to create positive emotions, not to be in anxiety! "I was active all my life as a grandmother, as a parent, as a professional," she said.

As much as possible to help their families and friends. Do not annoy them and do not be capricious. To stay healthy, to be on the move and perform physical activity. To transmit the family tradition and history, as far as, let the young take of it what they want. Retirees can work extra as long as they don't take the place of a young person just for the money. It is better to help for free.

Young people to be hard working, to learn a lot, to use less modern IT devices and have more mental activity. To find its worthy place and be useful for the next generation.