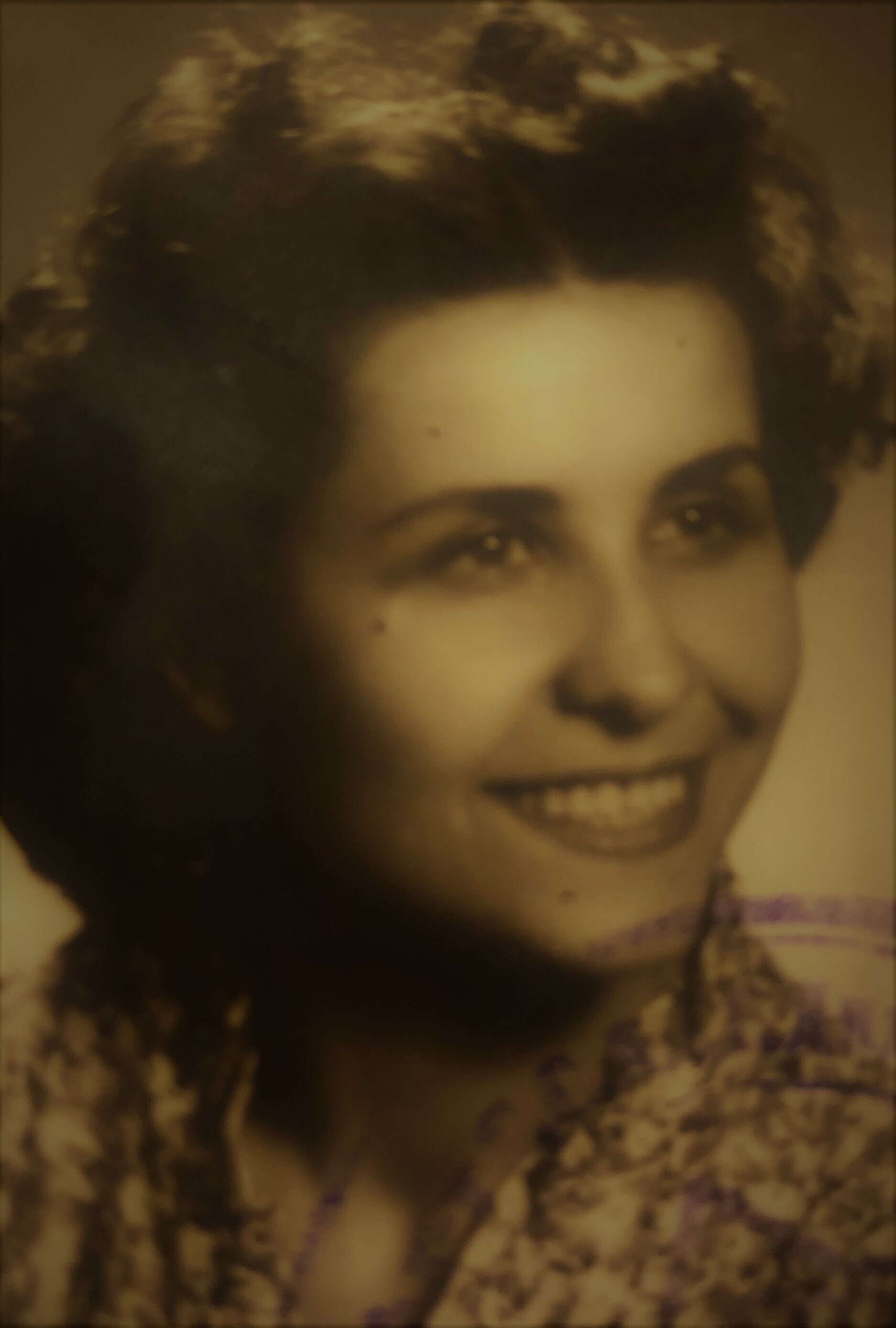 Briefly describe living circumstances in your childhood:
Gicheto was born in the village of Kamen (at that time the village of Teodosievo) in the large family of the Toshkov‘s, in which the head of the family - her paternal grandfather lived with his 5 children from the first marriage and 3 adopted children from a second marriage. He was the biggest owner of vineyards and producer of table grape varieties in the region. Her father graduated from the prestigious for that time Trade High School in Varna and throughout his life worked as a bank clerk and ensured the basic income of his family. Her mother was a children's teacher, but after her marriage she was mostly a housewife. She had a twin sister who became incurably ill as a baby and caring for her was a priority for the whole family until her death (she died at the age of 32). Her childhood from the earliest age to 10 years was spent in the nearby town of Polski Trambesh, where her father was assigned to work in the local branch of the Bulgarian Commercial Bank. There, the twins got their primary school education (1st to 3rd grade). Then the family lived in the town of Vratsa, in the village of Teodosievo and in the town of Gorna Oryahovitsa, where they remained to live permanently. The family lived independently due to her father's appointments in various bank branches around the country. At first, they lived mostly on rent, but later her father built three houses for the family, and their first home was nationalized and taken away from the people's government in 1947. They did not rely on the support of their parents.

Briefly describe living circumstances from your teenage up to your retirement:
In 1945 she graduated from the Classical High School with a degree in ancient languages in Gorna Oryahovitsa. Her high school education dates back to the years of World War II, marked by deprivation, a coupon system and a lack of basic products, as everything was directed to the front lines. During the years of socialism she graduated from the Higher Agricultural Institute in Sofia, specialty “Zootechnics”, because she claims to have loved biology. As a student she was a participant in the brigade movement "Building for the Motherland" (1948) and participated in the construction of one of the main roads through the Balkans - "Haimboaz - The Passage of the Republic". There she contracted bronchial asthma, which left a mark for her entire life. After completing her higher education, she returned to Gorna Oryahovitsa and has been hired to work in the state-owned “Yaitsekoop” enterprise, where she met her future husband. After the marriage she lived in her husband's house with his parents. She has two children, a son and a daughter, who later live separately with their own families. In fact, she worked for a short time in her professional field. She mainly took care of the family, relying on her husband's income. Every year the family went on vacation in Bulgarian resorts with the so-called "Card" - a holiday provided by the Trade Unions. She did not travel abroad with her family, but went on tours on her own, mostly to countries in the socialist camp. She assesses her life as normal, looking positively at the difficulties she has faced.

What was the position of elderly persons when you were young?
She believes that in the years when she was young, it was normal for retired parents to take care of their grandchildren. Like everyone else, she did not make retirement plans, as evidenced by the short length of work experience she has and the low amount of pension she has received. Subsequently, after the death of her husband, she inherited half of his pension, which exceeds three times the amount of the pension she retired on. Back then, the elderly retired at a much earlier age than now (she herself was 55) and had enough time to help their children and grandchildren. Her parents and others of retirement age worked additionally in agriculture, as the average size of socialist pensions was low.

Please, describe intergenerational liaisons in your family
She made the main choices in her life - education, work, marriage - on her own. Her parents did not influence her, but they always supported her. Although she lived with her husband's parents, she always received support from her own parents. When she worked, she relied on them to raise her children. Especially for his son, she shares that he was "Grandma's Boy". Subsequently, when her parents became old and were on bed ill for years, she took care of them herself until they passed away, which she also considers normal. It was socially unacceptable to send your parents to a home for elderly. 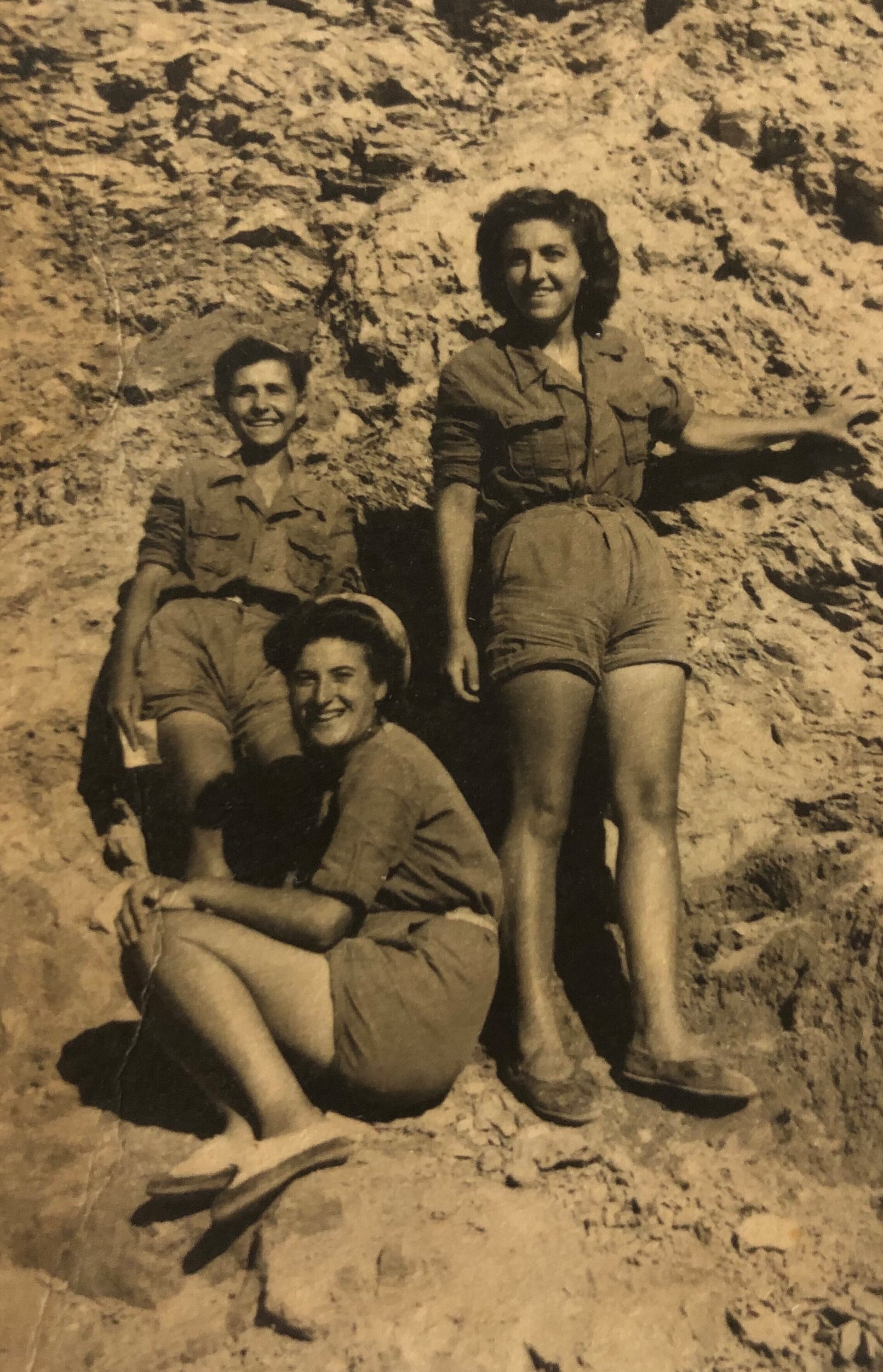 What were you thinking about old age when you were young?
From the point of view of her 93 years, she states that she does not complain about her life. Her daughter and grandchildren live in Sofia. They are the hope of her life, although she rarely sees them. She has been a great-grandmother for a month and a half, but has not yet seen her great-grandson. She claims that what she has now is enough for her and she doesn't need anything more. She retired 38 years ago. That was so long ago that there is no recollection of any expectations related to retirement. She retired in the years of socialism, when everything was under control and the subsequent democratic changes did not affect her way of life in any way.

Please, briefly describe living circumstances in your current life.
Gicheto has been a widow for 12 years. Now, she does not live alone. Her son has been divorced for more than 15 years and currently lives in the same household with her, which gives her some security for the old age. She estimates the amount of her pension as sufficient to cover her daily needs. She receives Social Patronage care - freshly cooked food delivered to her home every day. She considers this a great relief, because due to her advanced age she does not go outside the yard of the house and does not go to the shop. 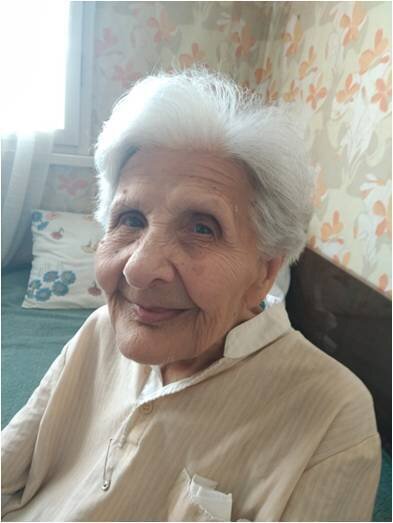 Please, describe your daily routines in present?
When she was younger, she loved to embroider. Now, as she gets older, she enjoys what she did when she was younger. She hardly leaves her home and does not meet other people, but considers it a great advantage that she lives in a house with a yard, due to the opportunity to move and enjoy the flowers and the garden. She loves flowers and still grows potted flowers all year round. She likes to read historical novels. Among her favorite books is “The Book of the Opera”, and the last novels she has read are “Catherine The Great” and “Peter The First”. As she got older, her diopter gradually decreased and she now reads without glasses.

Which media you consume in everyday life? What new technologies do you use?
She has subscribed to a 40-page weekly newspaper “Third Age” that she is looking forward to on Wednesdays. She reads all the columns, and among her favorites are the articles about prominent historical figures. She rarely watches television, and new technologies are far from her. She has a mobile phone with which she maintains daily contact with her children.

What motivates you or can motivate you?
She tries to be in good health, to move every day and to be careful not to cause a health problem. It is important for her to maintain both physical and spiritual activity so that she is not a burden to anyone. She is motivated by the opportunity to hear her daughter every day, because this is her connection with the world. "The important thing is not to get lost!" She lived under three regimes - royal times, socialism and democracy and did not make a significant difference between them. "It all depends on how old you are and what emotions you experienced.", she said.

What are the major roles of retired persons?
To be active, to move, to serve yourself and never be a burden to anyone. "Give advice only when they ask you to," she likes to say.

What is your message for the younger generations?
Her appeal to young people is "to learn and be cultural in order to have a cultural life".