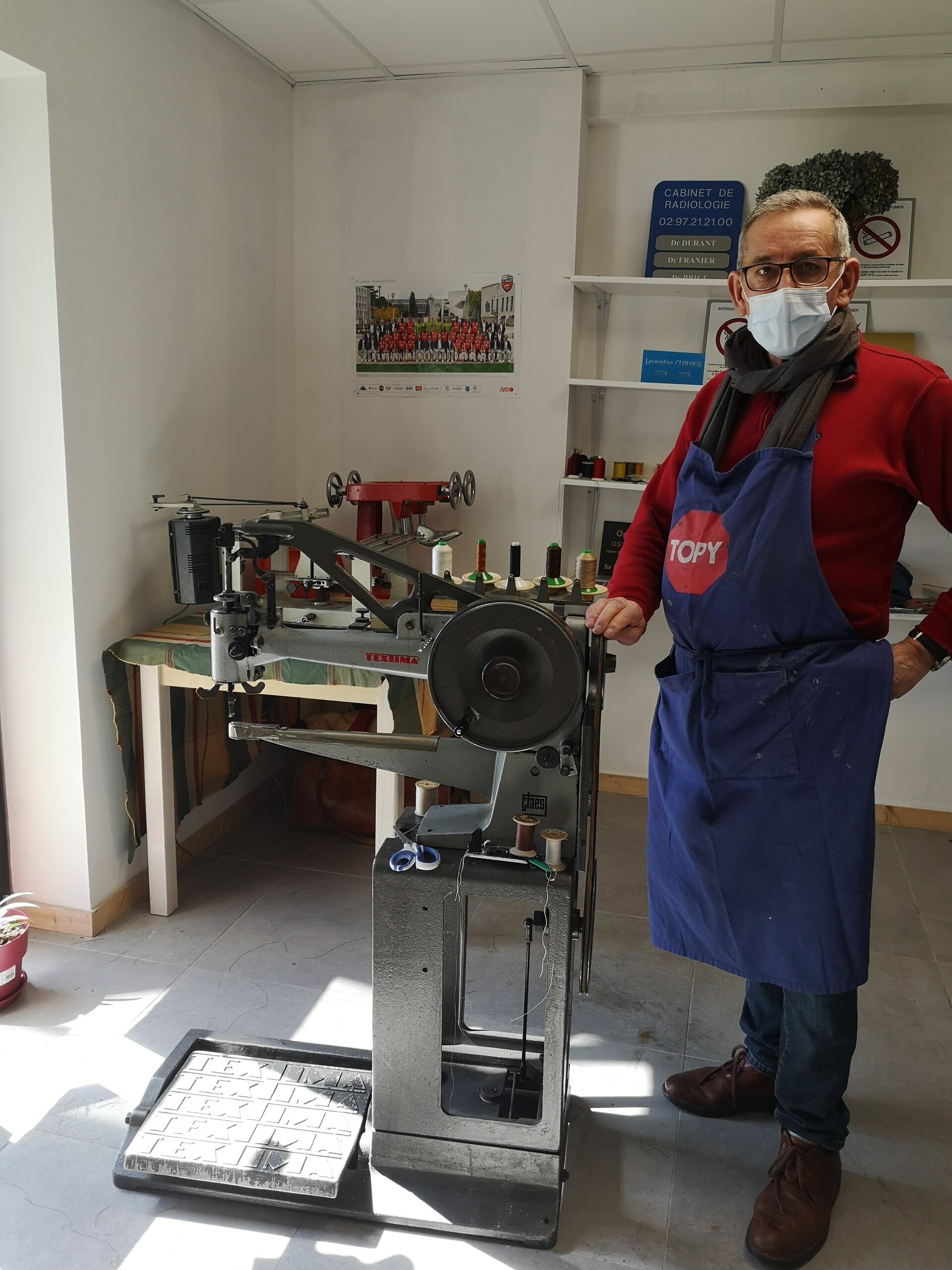 6th of an 11 children family whose father died when 43yrs from tuberculosis , disease Gilles suffered too when 5yrs . Happy family life however thanks to his mother: little money , just enough for the need but it was a warm family. At Xmas there was 1 gift for all and 1 orange per person.

The family had avery strong link with the maternal Grandmother, blind and widow of a Veteran from WWI. From time to time «she gave us a 1franc coin as a reward «

Gilles looked after her all his life long and assisted her in her last moments.

His mother benefitted from a very poor pension and was helped by all her children alternatively according to her needs.

Gilles had little interest in school. He left school at the end of primary courseend he went to apprenticeship as a shoemaker at CHAMBRES des METIERS/ Chamber of trade when he was 14 and worked there during 3yrs1/2. He left without a diploma but very well trained. This apprenticeship taught and most of all made him love the job thanks to the teaching of his masters .

Then he opened a shoe repair in NANTES (BRETAGNE) and a bit later in PARIS where his job became a real passion due to new materials and tools plus a rather well off clientele very demanding.

Married, divorced and married again to his teenage love he has 4 children and 8 grandchildren aged 28 to 13 whom he is very close to. His wife is a housewife. Family life and travels were their main entertainments.

His work has always been very rewarding. He enjoyed being acknowledged by his fello shoemakers and became the President of Tthe Shoemakers of his region. Gilles retired in 2019 but very soon he misse his job a lot. He had he strong desire to train persons in professional retrainng. Moreover the death of his daughter urged him to put his dream into action: publicize this poorly known profession. He then decided to «get started like when he was 20» and he opened ashoe repair to make his dream come true in 2020 for his great pleasure.

His hobbies are sport , though he doesn’t practice but biking, family meetings wih his kids and a very clan and festive siblings.

He appreciates and uses the Net at work , with social networks and games.

Today’s life with a ¾ time work makes him fully happy . He plans retiring when 75 letting his shop to an apprentice? His work life has always been the happiest time for him.

He has a very strong will to pass on his know -how and experience. He even wrote a book with the help of a public writer, book only intended for his family.

All his kids got higher education. One of them benefitted from an Erasmus scholarship. At times he helps them financially.

For him the main values are , on one hand a certain idea of respect , of others , of life of things ,and on the other hand the love of the job well-done.