Tell me about your life
I was born in Chile in 1934 because my father, newly married young German pastor, took up his first position in a German congregation in Chile. I was soon born there and spent a wonderful and protected childhood in South America.

Four years later, in autumn 1938, my father took over a parish in Germany, initially near Halberstadt, a little later in a small community in the Harz Mountains, where our family of six lived for a long time. I spent my entire school days there until I graduated from high school. Towards the end of the war, I experienced several days of artillery bombardment by the Americans, when we always had to take shelter in the cellar. After the end of the war in April 1945, our area was initially occupied by the Americans.  When Germany was divided, however, our village was in the Russian-occupied part, i.e. in the GDR, just beyond the zone border. My father received many inquiries from GDR co-inhabitants asking whether he could help them get to the American side. He couldn't do that, but the cross-border commuters could stay the night with us, which was an organizational task for my mother, as the groups were large, often up to 14 people. The supply-situation in the GDR was very poor from the start.

After the currency reform, the Western zones were doing quite well, but we lacked everything, food, clothing, school books etc.

I trained as a nurse in a Protestant institution in Magdeburg. The motherhouse for this institution was in West Berlin. Before the final exam, we schoolgirls were invited by the motherhouse for three days.
I exchanged some Eastern money into DM (rate 1: 5) to maybe buy a coat. Somehow, I had been observed and betrayed, because exchanging money was strictly forbidden in the East. Since then I have been watched by the Stasi (state security service). Nothing good awaited me: my father had meanwhile been forced to flee to Hanover in West Germany. My oldest brother, who was already studying, no longer received a scholarship. He left the GDR. My mother also fled with the two youngest brothers. Fortunately, I also managed to escape to my family in Hanover via West Berlin.
In Hannover I immediately found a job in a hospital. But the pay was very bad. That's how I heard about the possibility of working in Switzerland. I applied with a colleague and got a job at Aarau Cantonal Hospital with a good salary. Everything was very well organized in Switzerland. In the last six months I got to know the hospital “Inselspital” at Bern (University Clinic). When my contract, which still ran through the motherhouse, ended, I returned to Hanover.

An opportunity arose to apply to the German clinic in Santiago / Chile, which I was very enthusiastic about. After a long flight (1 and 1/2 days) in a "Super Constellation " I landed in Santiago de Chile in January 1960, where the administrator of the German clinic picked me up at the airport. The managing nursing colleagues there were German, the doctors were Chilean or from other countries. For the first time I came into contact with the Jewish people of Chile.
I was shocked by the clear social differences in the Chilean population. The clinic employees had minor training. Although they worked diligently and reliably, the earnings were low. And so I experienced an eight-week strike of the nursing staff, but it ended unsuccessfully. After three and a half years, I left the South American continent for private reasons, this time on a cargo ship, along the South American west coast through the fascinating Panama Canal. I left Chile with a wealth of experiences with wonderful people. The people there have shown more openness and cordiality and more appreciation in their dealings with one another than in the destroyed Germany of that time. That made a lasting impression on me and made my time in Chile an important period of my life. In Antwerp, my mother picked me up from the ship.

I looked for a job to learn new things within my profession and found it in the surgical area. After two years, I decided to do a new training at the nursing college in Frankfurt in order to achieve the status of teacher for nursing professions. After two very exhausting years of study, in 1969, I got a job as a teacher for nursing professions in Großhadern near Munich. The students had great confidence in us as trainers, and I really enjoyed my job.
During a visit to a café in Munich, I met my husband, who was attending a dentists' congress there. We got married soon afterwards and I moved with him to his place of residence in Ulm. In Ulm, I immediately found a job in the nursing school in the Safranberg clinic. Alongside my work, I have trained in psychology and didactics. 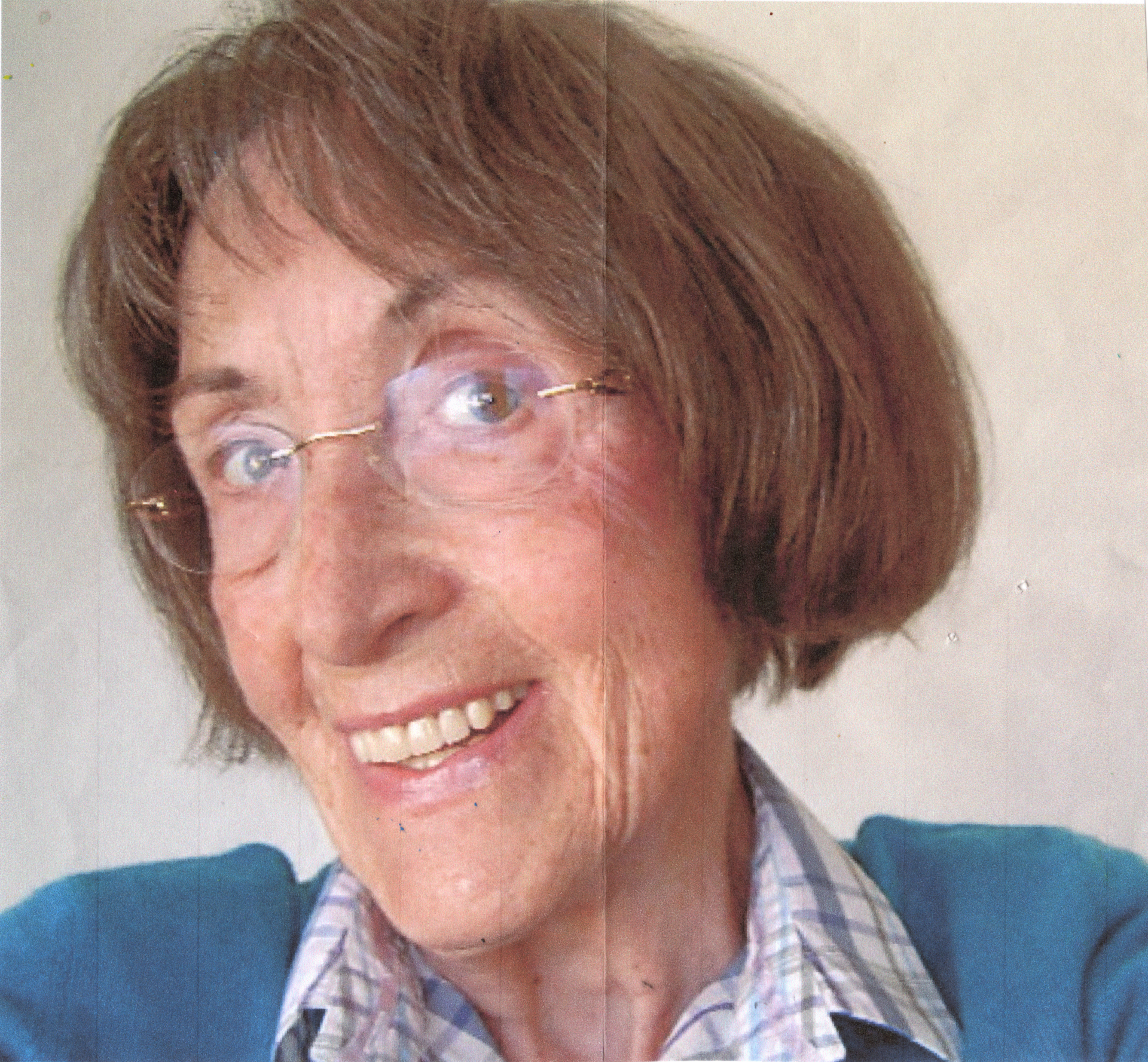 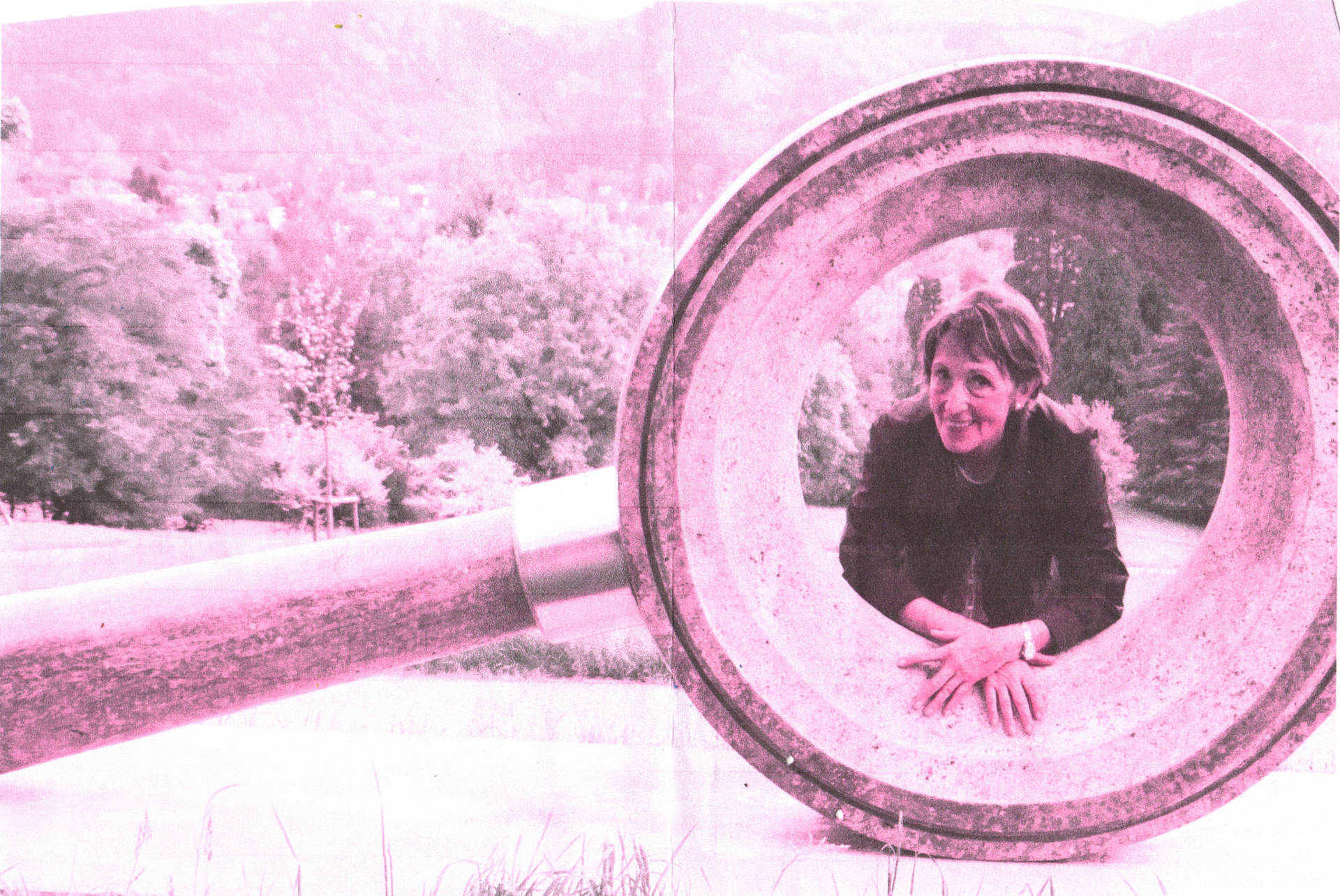 Do you have contact with family members?
I have good contact with my two younger brothers, who also live in Southern Germany, including my nieces and great-nieces. They visit me often, we meet at family celebrations. A niece will take on the power of attorney for me in case of care. We talk on the phone very often. My middle brother died of a serious illness in 2000.

How was your new life in retirement?
After a busy career as a nurse and teacher, I retired 27 years ago together with my husband, who was 14 years older than me. We have still spent eventful years together. With great interest in people in the Mediterranean and in archaeology, we travelled to various southern European countries. Sometimes we hiked in the Alps or the Dolomites.
Together we also attended advanced training courses at the ZAWiW at Ulm University. The ZAWiW is an institution of the University of Ulm for older people, similar to a senior university. The founder Carmen Stadelhofer and her staff offered to interested people twice a year an excellent program from all areas of science, culture, technology, etc., in the form of lectures, workshops and projects - always based on the principle of research-based learning. This has resulted in highly qualified intra-European projects. As part of the projects, Ms. Stadelhofer already managed in 1998 that the participants of the other European groups also learned how to use computers and that people could communicate by email. This made contact easier during project work.
For me there were wonderful contacts with European people, getting to know European countries, their landscapes and the culture and peculiarities of their residents without tourism

Unfortunately, my husband became seriously ill towards the end of his life and I was caring for him for five years. During this phase I had a serious accident in a city bus, which also cost me a lot of energy for my own recovery.

After my husband passed away in 2010, I slowly began to organize my own life. I travelled several times with tour groups to Great Britain and Ireland, and took part in working groups and international research-based learning projects at the ZAWiW. The project trips went for example to Croatia and Serbia, where we got a glimpse into the traces of a devastating war that had already happened a few years ago. People had gone through a great period of suffering.

How do you spend your everyday life today?
It was very lucky for us that at the beginning of our retirement we got to know the advanced training for senior citizens at ZAWiW with all the projects, academic activities and other offers. That was a great enrichment of our life in retirement. I also took part in other groups and leisure activities. I sang in a choir, I met regularly with women for Nordic walking and yoga, attended a number of seminars and working groups at Zawiw, where “research-based learning” was mainly about contacts with other European groups. Since the time of the lock-down, I have been attending online events on an almost daily basis. To this day I am an active member of the Women's History working group at ZAWiW, and I attend seminars and lectures.

How do you see your future?
I would like to stay in my house with a garden as long as possible, which I can still manage with little help with the housework and gardening or with modern technical facilities.