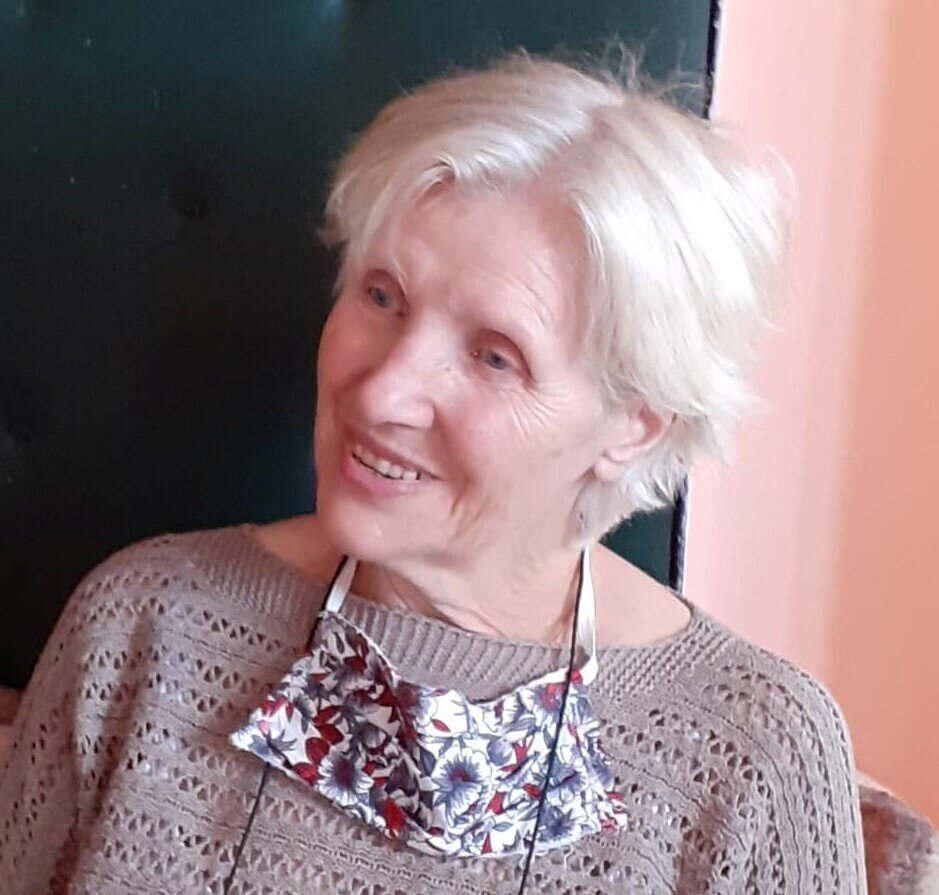 Maria’s family lived together her parents, her father’s two brothers and her grandparents. Her mother gave birth at home; she has a younger brother though the first child in the family did not live long. The family had a small farm with sheep, goats, cows and horses. The nickname of their village was Panchentsi. Named after her grandfather's family Panchevi which was a rich one. Her first memories from the childhood are when she was 2-3 years old and they went with her mother to visit her mothers’ godmother. She was from Serbia and they had to go through a meadow to get there. Also, they helped her to pick hemp for tow. The family used tow blankets.

Today, the village still remains as in those years. The family home is deserted. The school where Maria started her education was closed and destroyed, its roof has fallen. She was still young when the family moved to live in Sofia. Her parents bought a yard in one of the Sofia neighborhoods where they started to build a house. Her father loved the order. They had a lot of flowers and fruit trees. Maria’s family was patriarchal. During the holidays she and her brother went to the village. Her brother was a year younger than her. In the village they slept with their grandmother. “It was a privilege to sleep next to Grandma. We had a schedule of who would sleep next to her.” Still, she remembers the most delicious thing that she has ever eaten in her life – bread with yeast and homemade butter.

Maria started school at 8, her first teacher was Mr. Venkov, who played a violin. Another favorite teacher was Mr. Bonkov, who was loved by all children. When the students were listening to the lessons they kept their hands at their backs. The nickname for the chemistry teacher was “Grandma Molecule”. There was a discipline and respect to the teachers back then. Teachers were like Gods to the students. “Still, I remember the smell when we stared school in the autumn. Poplars had a specific scent.” The school had an experimental field where each class seeded vegetables and took care of them.

After 11th grade Maria continued her education at the Institute of Refrigeration Equipment following her mother’s recommendations. They always consulted with each other “I have never made a decision by myself”. Initially, she asked her parents, next when she married all decisions were made jointly with her husband. After three months into her studies she stared work at the Refrigeration factory. Her first salary was 65 BGN (33 Euro) which she was giving to her parents, contributing to the total family budget. She continued to attend evening school. “I fell in love in 11th grade, though there were some boys I liked before that.”

She was 22 years old when they got married in 1967 with her husband after a very short friendship. Their honeymoon was in Serbia and at the seaside with the in-laws (mother, father and brother in law). Then, they all lived together. There was a mutual respect. At 23 she gave birth to her daughter and they helped in her upbringing. At 25 her son was born. The fee for the kindergarten was covered by her husband’s employer so they did not spent money for that. They had good neighbors, who helped each other. The family went to opera, theater and cinema. In the winter spent the holidays in the mountains and during the summer at the seaside. Both with her husband they were constructors a working class family. They had credits but managed to pay them on time. They even managed to buy a car – Warszawa (Warszawa was the first newly designed Polish car built after the WWII). In the factory they were producing refrigeration compressors for Japan. Though, she had a lighter workload as she was visiting an evening school. “We dreamed with my husband when we retire to go in the mountains and to become mountain hut managers.”

“Taking care for the elderly in the family is a duty. I took care of my mother and father.”
Maria’s mother took care of her mother-in-law until her last breath. “When I was young the problems of elderly people did not bother me. Now, the time of loneliness, lack of friends and isolation has come.” Her live is closed and within the house. In the Western countries the people her age are travelling and in Bulgaria some pensioners could not even put meat on the table. When she was visiting her son in the USA, she constantly saw retirees who still work and are smiling. In Bulgaria it is not like that. The Bulgarian government considers a pension of 300 BGN (about 150 Euro) to be enough for a pensioner to live. However, in Bulgaria people do not eat clean food. The health care is not on a good level, too.

She loves her pets – dog and cat. In the morning she goes to the garden, to enjoy, observing how the efforts of her labor give fruits, to take care for it – to weed and water it. Every morning she is doing her physical exercises and rides a bicycle. Each day she does something that makes her feel satisfied spending a meaningful day when in the evening she goes to bed.

Maria is watching TV and is reading the newspaper “Third Age” (issued weekly) mentioning that she could not afford to buy other newspapers. She is using Skype to connect with her son who is living in the USA. She feels a little bit behind with the use of new technologies, because she sees older people who have internet on their mobile phones and communicate in Facebook.

She is motivated by the success of her children and grandchildren.

Maria sees the major role of the retired persons to be the transmission of traditions. There have to be an active communication within the family. All should sit down at least for dinner. “In my family not only children are born but also brought up and growing by the family.”

Her message for the younger generations used to be the same as her father and her son’s motto “Every day a 5 worth cent work should be done!”