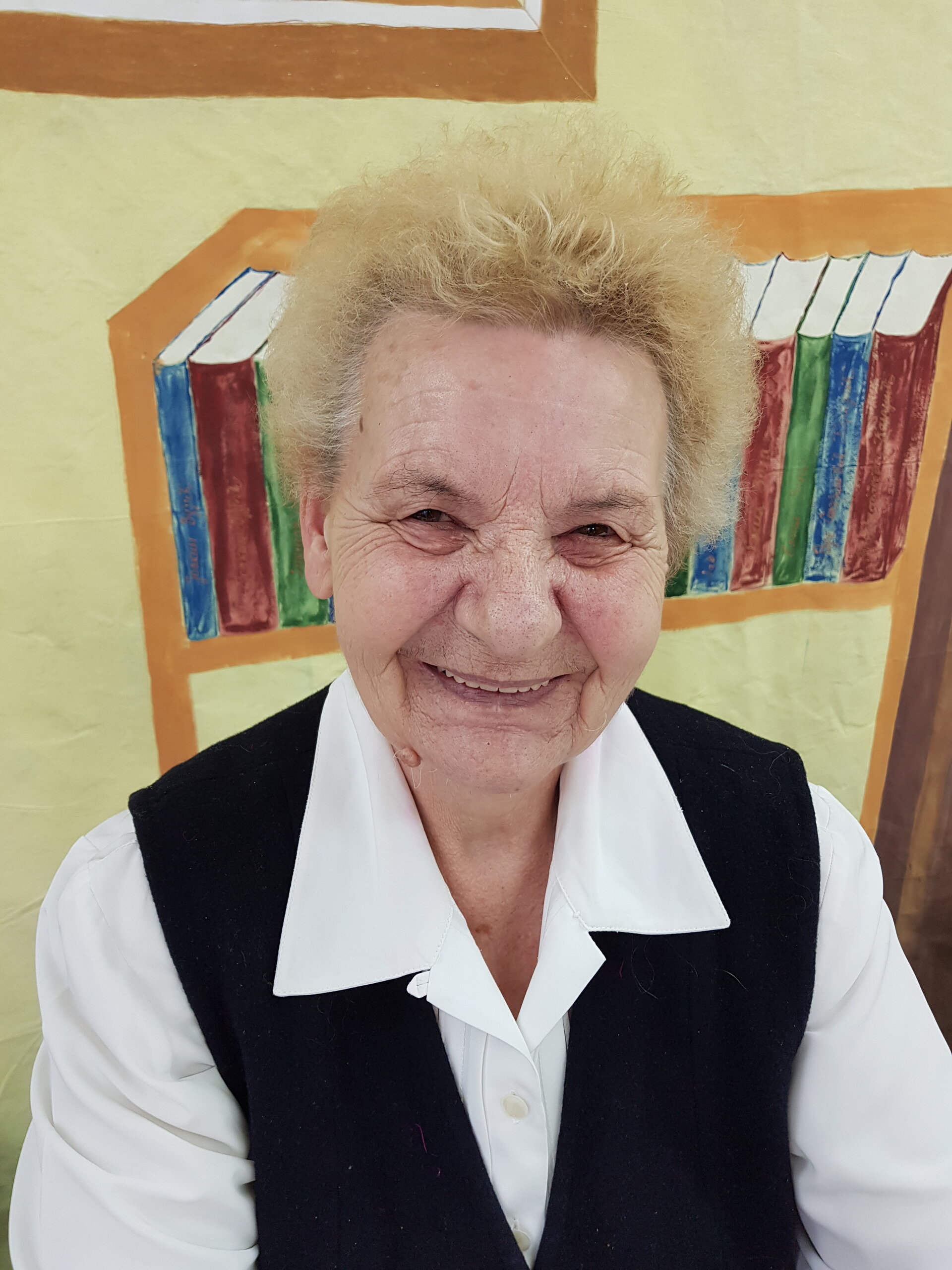 I talked with Mrs Božana J. on February 15th 2020 in Centre for retired and elderly persons “Futog”, which is part of Gerontology Centre Novi Sad. Although she gladly accepted my proposal to interview her, during the interview she was a bit up-tight.

Mrs. Božana J. was born in 1947 in Novi Sad, capital of Vojvodina Province in Serbia in a Catholic family. She was born in the neighborhood at the outskirts of the city. She went in local elementary school and after completing she wasn’t pursuing higher education. She was born in very humble family and lived with her parents, sister and brother. Later on her Grandfather moved in to live with them. As a child she remembers being very restless. When she started school, she also has had to be active in running the household. She repeated a grade in school but her Grandad insisted that she finishes elementary school and transferred her in a school in Novi Sad center. Yet, she kept being restless, skipped classes and discovered cinema and pastry shop. Her mother was working as a saleswoman in small general store and after finishing school she was helping her mother. When she turned 18 she met her husband. She didn’t want to marry him but he put a ring on her finger in front of her Granddad and she didn’t want to embaress family so she accepted to get married. Following engagement, she moved with at the time fiancé (soon after husband) to Belgrade.

She worked in textile factory as a simple worker. She got a son and five years’ latter a daughter. Her husband was physically and psychologically abusive so she decided to file for a divorce. After the divorce was finalized, her ex-husband moved out but the abuse and violence did not stop. She suffered severe depression and was hospitalized several times, each time for couple of months. After she recovered she found a new job as care-giver for an elderly lady. Until beginning to suffer lymph disease from heavy lifting, she stayed with elderly. Accidently, she found a job as hygienist in Botanical Garden. Her son got married and they built a small cabin in the yard connected with the house for her to live there. Yet, there wasn’t a second bathroom so she was using one in the main house where her son and daughter-in-law lived. Her son was working as a truck driver and was often on the road. Her daughter-in-law often banned her to use the bathroom and washing machine so she improvised a bathroom for herself. When living together with a daughter-in-law and son became unbearable, her coworkers suggested her to move in to a lady-former Botanical garden employee who lived in a cabin within Botanical Garden. After some time, the lady was due to illness moved to a nursing house and Bozana returned to her son. Acknowledging poor conditions, her coworkers contacted Social Service and social worker suggested placing in gerontology center. She wanted to live in Gerontology center in City of Belgrade’s Obrenovac Municipality where her daughter lives but it was impossible due to 2014 floods when Obrenovac was severely damaged. Hence, she returned to her native City of Novi Sad and begun her life in Centre for retired and elderly persons “Futog” where two of us met. She quickly adapted to life in the center. As she was hygienist in Botanical Garden and loves being outdoors, she became active in taking care of the yard in the Center. In the Center she met a man for whom she claims that is actually her first real love. For some time, they were living together in the Centre. They were also travelling, went on long walks, adopted a dog, enjoyed being together. He helped her to overcome difficulties such are difficult medical intervention that she had to take, loss of her son though she was distanced from him for some time. After a situation in which her partner reacted in a way that brought her strong resemblances on her abusive husband, she decided to end the relationship. He moved out the Centre. However, they reconcile and still dating but not so regularly. 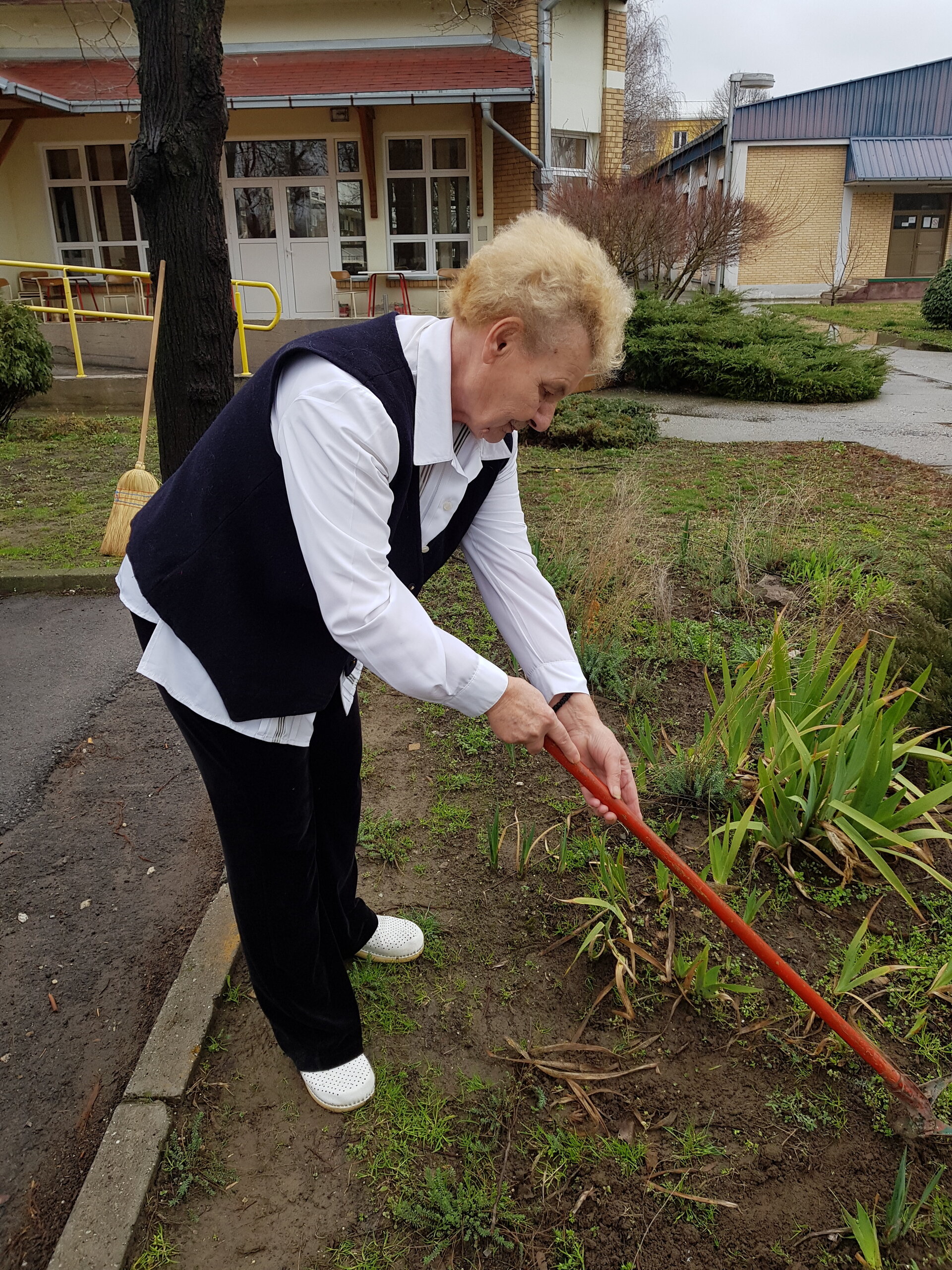 She is active in every sport and other competitive activities in the Centre – playing cards and bingo, etc. She loves to dance and sing. Although she suffers swelling in her legs, she often goes on excursions organized by the Centre.

Her monthly allowances enable her to live decently. Her children weren’t happy about her moving in the Centre. Especially her daughter. Eventually her daughter realized that her mother is really living a decent life and that she is happy. Bozana’s only regret is that she didn’t make it to live decently with her partner whom she met in the Centre and claims him to be her first true love.

Our friendship begun when she was accepted in a Centre and me, as a work therapist, was to help in making her work therapy plan. Though I know for some time and we were building a relationship, prior to this interview I actually didn’t know much about her previous life before coming to the Centre. She was easy to talk about many difficult situations in her life but was very emotional when the conversation was about her husband. She began to cry and asked to skip the story about the abuse and violence she suffered. She repeated that when moving in the Centre she realized what a normal life is and how a person can enjoy his/her own life.

She wasn’t giving advices or explicitly expressed her moto of life. Yet I find her story very empowering. She’s like a Phoenix.